Outside my window...  yesterday, EASTER SUNDAY,
we had snow. No April foolin'. 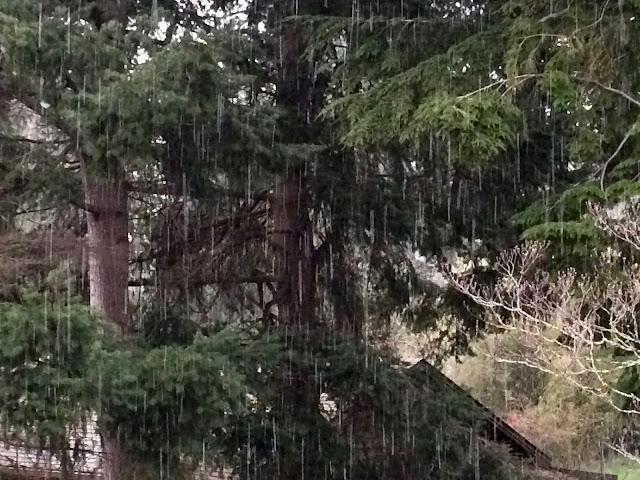 Pondering... mom and I were talking yesterday about my dad's heart surgery last August.  It really knocked him for a loop, and I'm sure his recovery seemed painfully slow to him, but really... by Thanksgiving he was feeling pretty great, and now - eight months later - he's FABULOUS.  Amazing.

Praying...  that Gunnar has a wonderful time on his orchestra trip.  He called yesterday, from Disneyland. (Not that he was gloating or anything...)  Had a question.  Talked for about 30 seconds.  I think he was in line for a ride.

Thankful...  Kerry has had a TON of work for quite awhile. Yay :D  Tate finished another quarter with straight A's and has just one more quarter until graduation.  Wyatt is enjoying his work.  And everyone remains healthy - hallelujah.

Creating...  just finished a project for a friend.  She requested a reversible Christmas tree skirt in gold and silver.  I wanted to help, but was leery of trying to sew something like gold lame... NO.  She chose (and paid for) all the fabrics (cottons!) and I put it together...

It's hard to really see the fabrics in the photos of the whole skirt (it was HUGE!),
so here's a closer look... 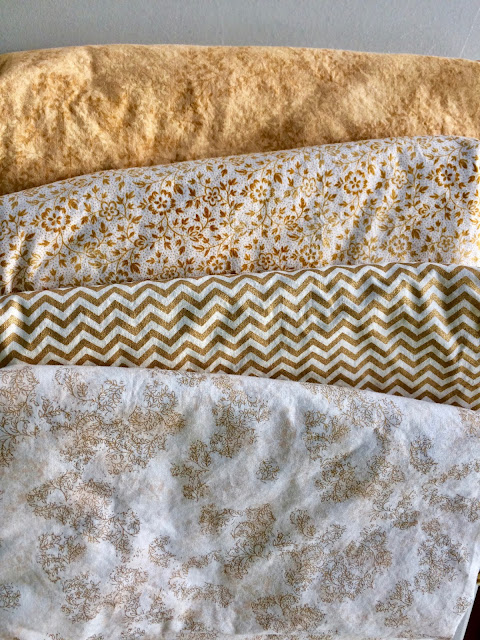 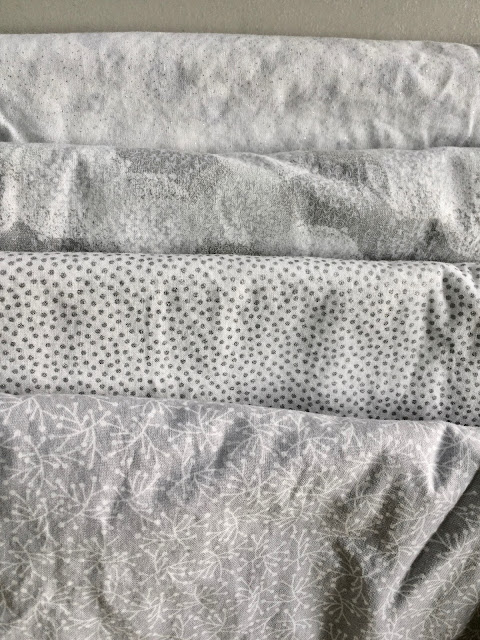 Going...  have already been to P.T. this morning and to get groceries, and hoping to stay home the rest of the day :D  So much to do...

Reading...  am re-reading The Book That Made Your World to discuss with Gunnar.
I think every American Christian should read it.
And stop apologizing for Christianity changing cultures.

In the kitchen...  glorious leftovers.  I think I cooked the best ham ever this year.  In the crock pot.  I want to do another one.  Oh yes.

In the learning rooms...  Gunnar still has some books to read and discuss, but I am really close to the finish line of homeschooling.  Unreal.

Around the house...  you'd be shocked (or maybe not) if you saw how much chocolate I bought for yesterday, and then to see the little quart-size ziplock bag that all the leftovers fit into.  Yes, we are a family of chocolate lovers. 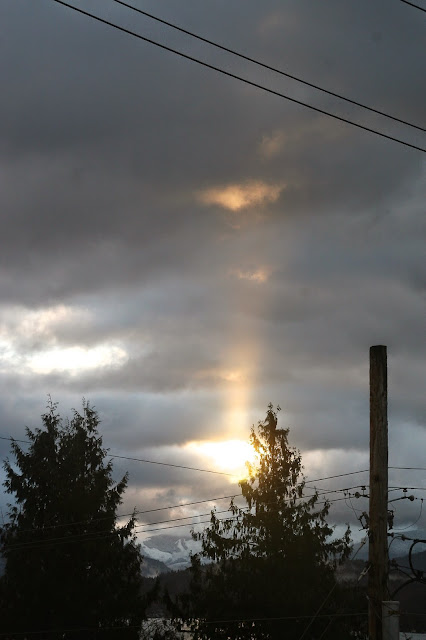 Something to remember for later...  the extended family came here for Easter, which means a noisy (happy) chaos.  I planned to make deviled eggs, but after mixing up the yolks discovered the mayo was rancid.  Ick.  Threw those in the trash.  It poured.  It hailed.  It snowed.

And Naomi leaned over the ONE candle I had lit, and set her hair on fire.

So, you know, Happy Easter!

The Mother Load...  after making my friend the tree skirt, there was a LOT of fabric leftover, much of it more to her liking than mine, so I'm plotting something else to surprise her with.

Mama is a woman who says things like,
"Don't talk about yourself too much,
it's like passing gas in an elevator;
people will smile,
but they don't mean it."

Words to live by.

One of my favorite things...  Cadbury mini-eggs.

A peek into my world...
guess what I've been doing lately? 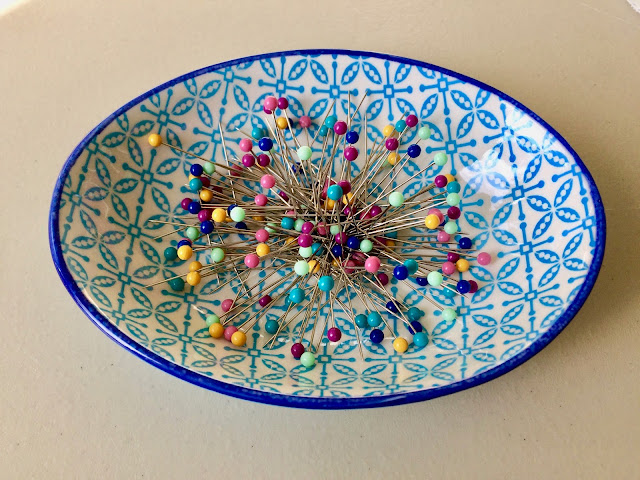 Posted by Herding Grasshoppers at 12:10 PM

Hi Julie,
It snowed here in Missouri on Resurrection Sunday too! This season is really messed up! :)
So glad to hear that Kerry has lots of work!
That tree skirt is beautiful! Can't wait to see what you do with the leftover fabric. If we ever get our house pulled together I hope to set to sit and knit again! :)
Love your quote! Made me laugh out loud!
Hope your week is going well and that Gunnar has a fun safe trip!