Hot and Hazy Makes Me Lazy

We're having our annual heat wave.
It's currently 95, which for us is approximately
the temperature of the sun.

Go ahead, laugh it up you southerners ;D

Meanwhile our neighbors to the north are plagued with forest fires,
and are sending their smoke our way.

Normally, I look out the window and see something like this: 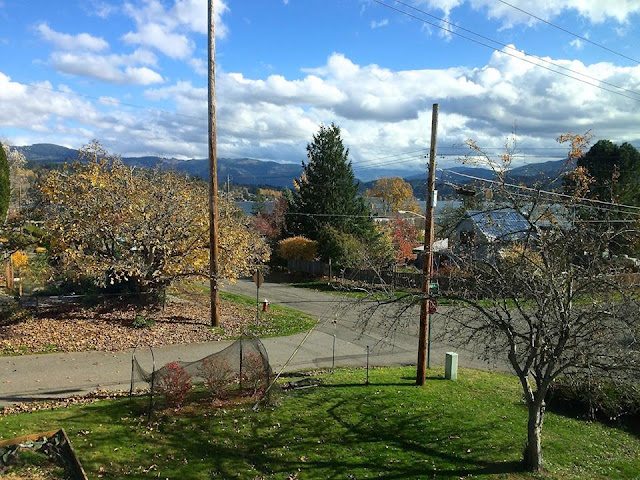 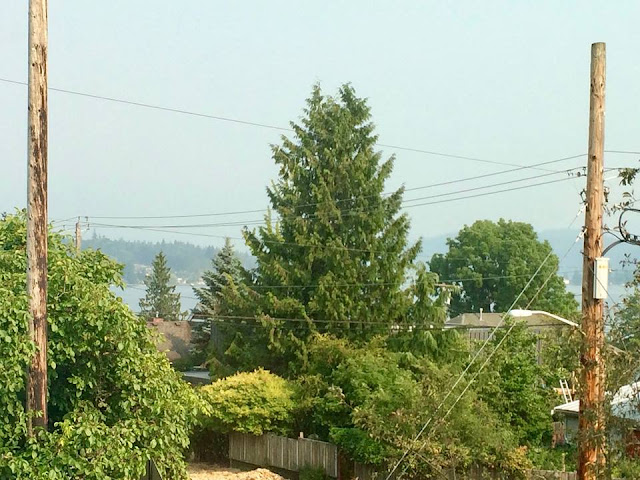 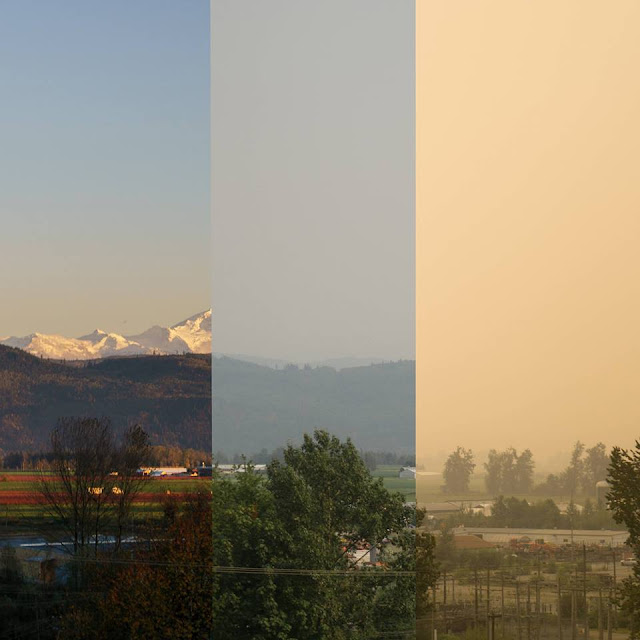 I'm usually thankful that no matter how hot it gets in the day,
our nights are nice and cool.
I'd made up the bed with the summer sheets and my Jimmy Buffet quilt... 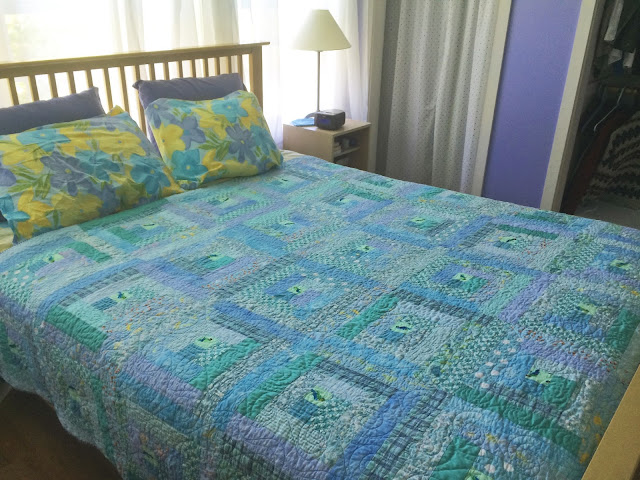 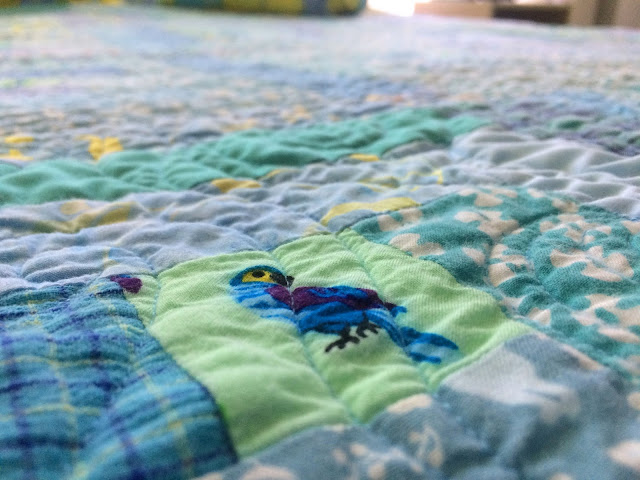 We're not used to sleeping with... just a sheet. 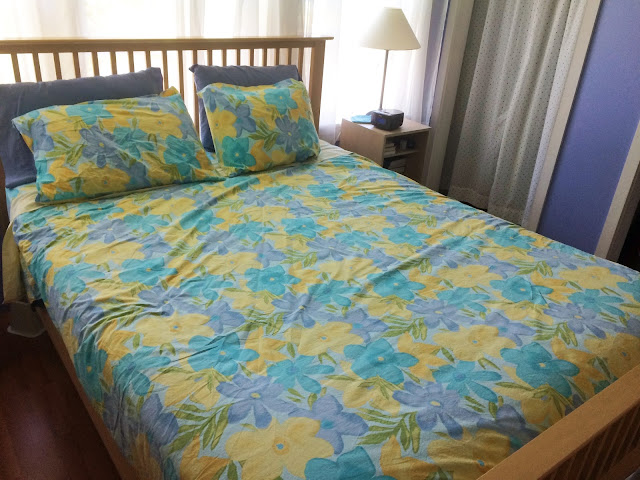 Which is more than you probably wanted to know about our sleeping habits.

Gunnar and I both went to fiddle camp this summer.
Of course, we both went last year, but this year we both participated.
And the timing worked out for us to bring along Gunnar's friend A.J. who was on his way to Desert Eagle Flight Encampment.  If you've been reading the blog long enough, you'll remember that Wyatt attended in 2013.

Made the trip a lot more fun to have a buddy along for the ride. 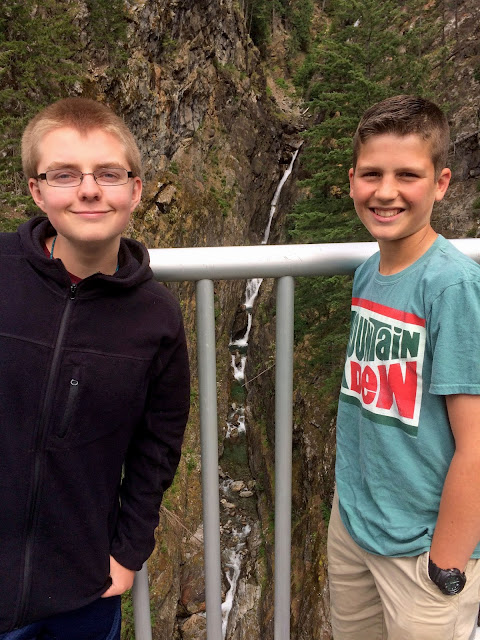 We stopped at some of our usual spots, like the Gorge... 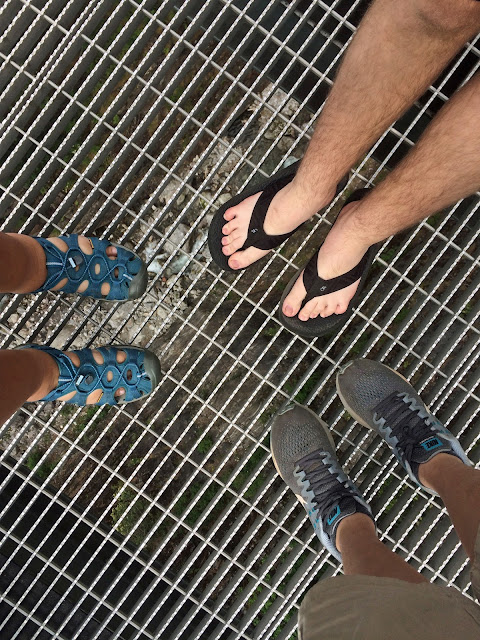 I see that pool way down there and think it looks so appealing for swimming... 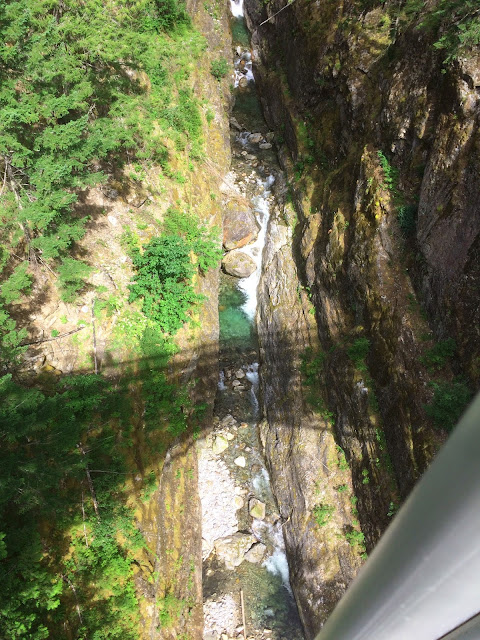 ... for about 10 seconds, until the hypothermia sets in. 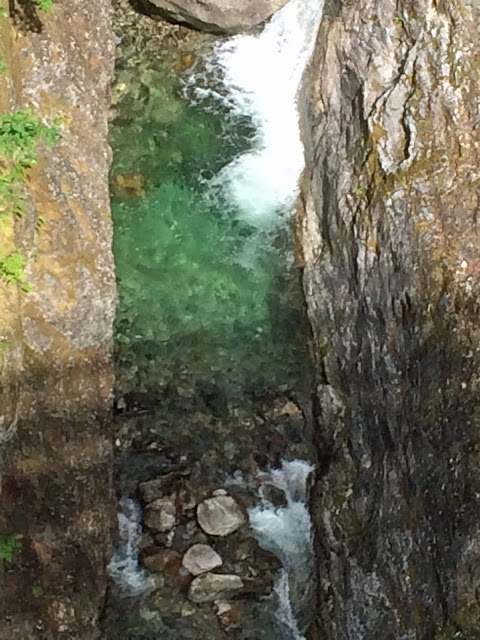 And we stopped at the Washington Pass overlook.

AJ is helpfully pointing out the spot (the curve in the road just below the pass) where his family broke down last summer, and spent the night in their trailer beside the highway... fun memories, right? 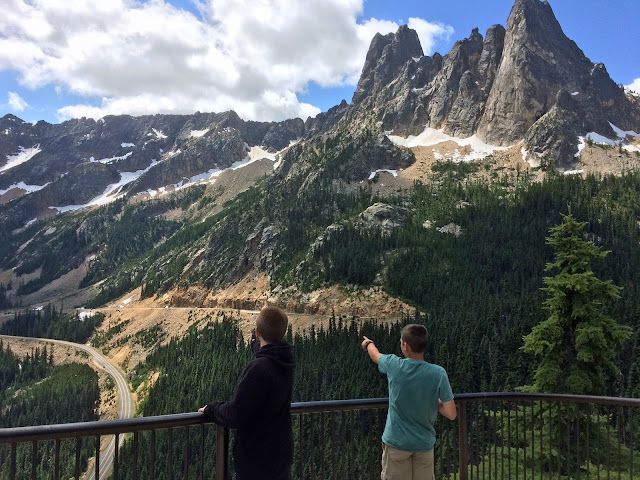 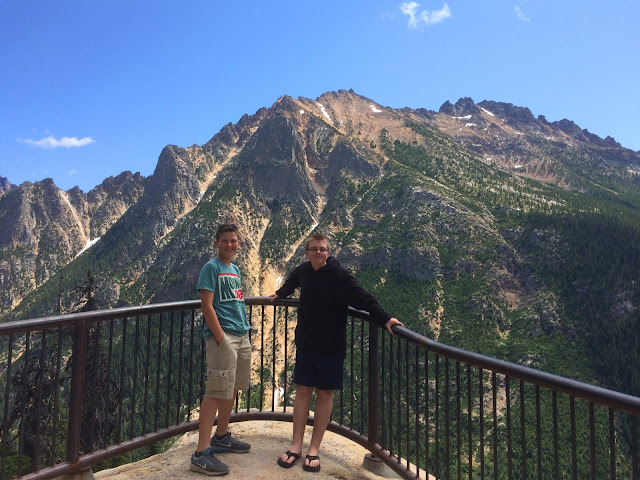 Two peas in a pod. 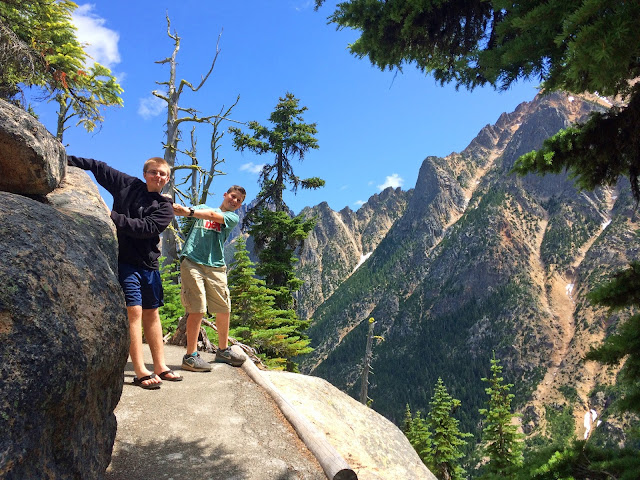 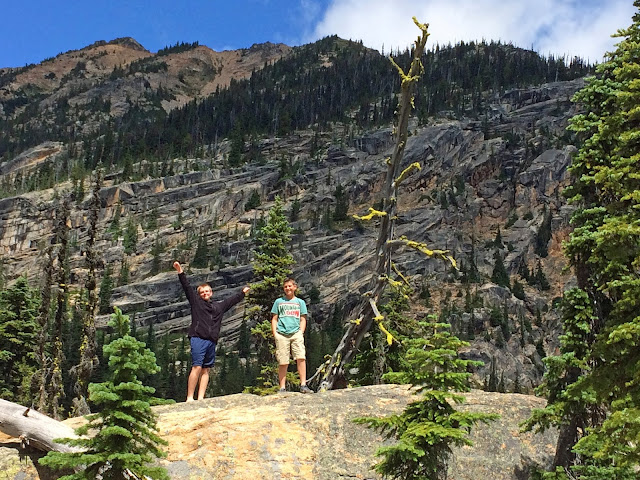 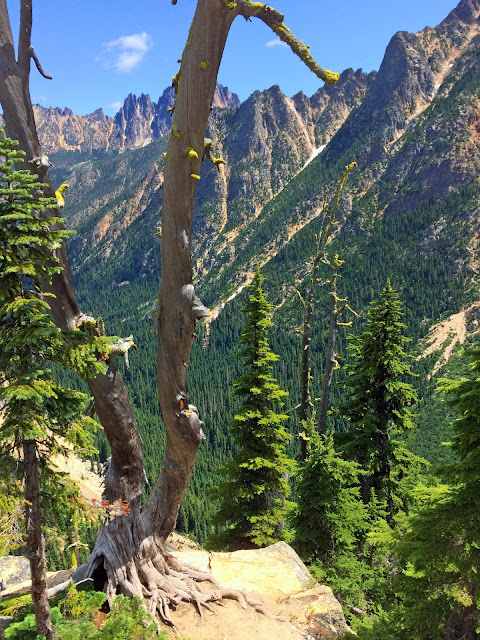 And stopped for lunch in Winthrop, at Three Fingered Jack's Saloon. 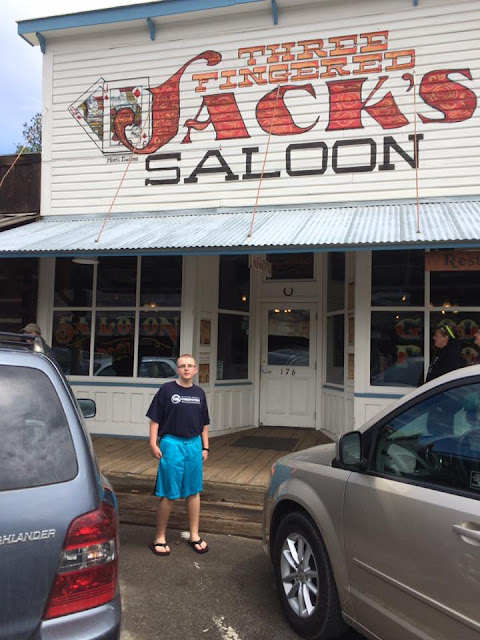 Aaaaaand got detoured around a "small" fire near Twisp, where they've had more than their share. 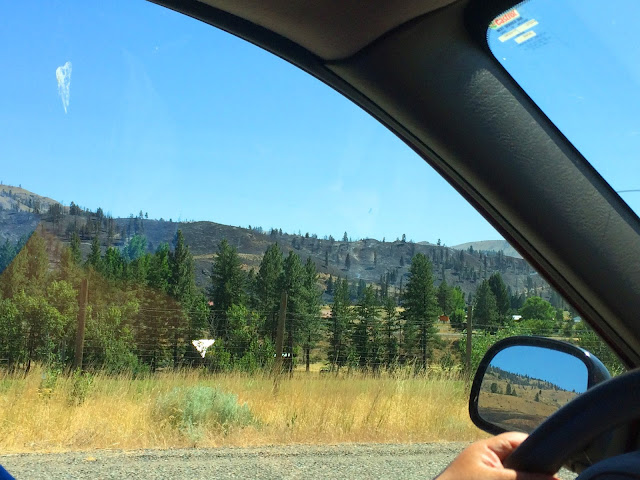 Stretched our legs at Dry Falls... 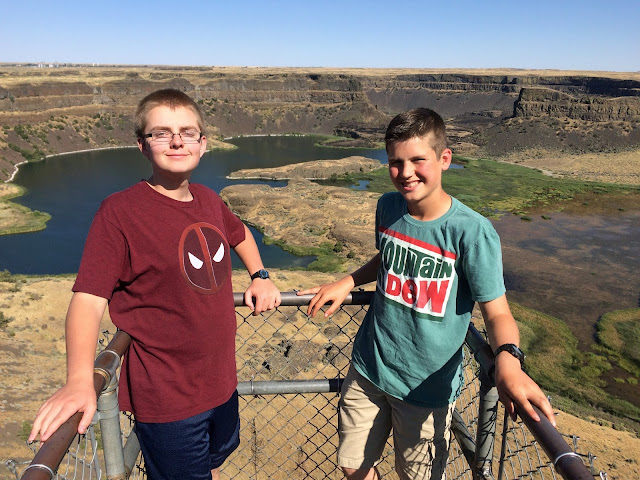 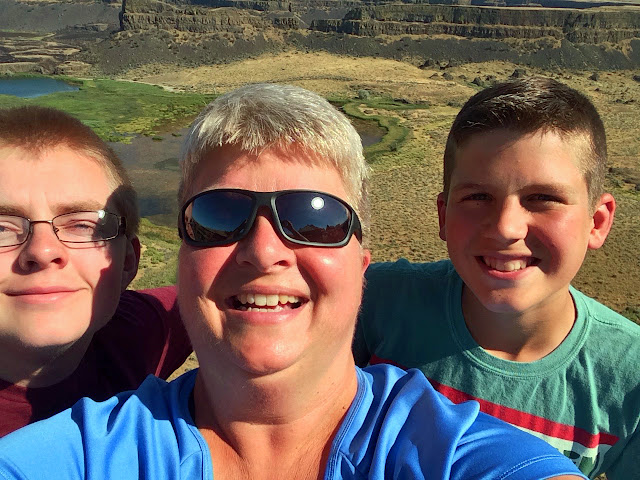 ... and dropped A.J. off in Ephrata, so he could fly gliders for a couple of weeks.
(Wyatt did the "powered flight" option.) 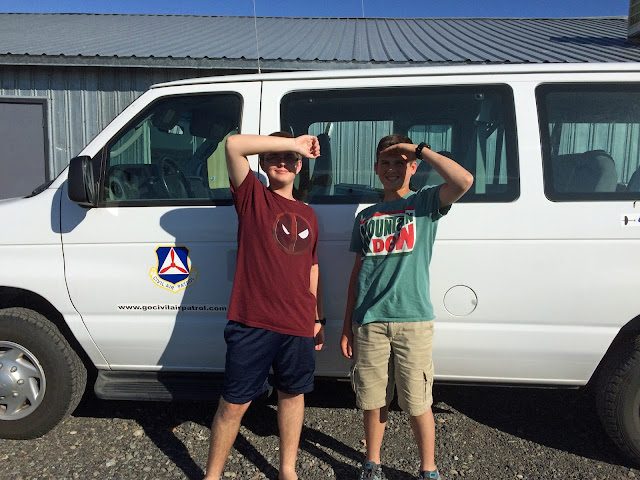 Because I am just that fabulous, I hardly took any photos in Moses Lake.
If you've been to Moses Lake, you'll understand.

Plus, I was busy this year, fiddling instead of lounging by the pool! 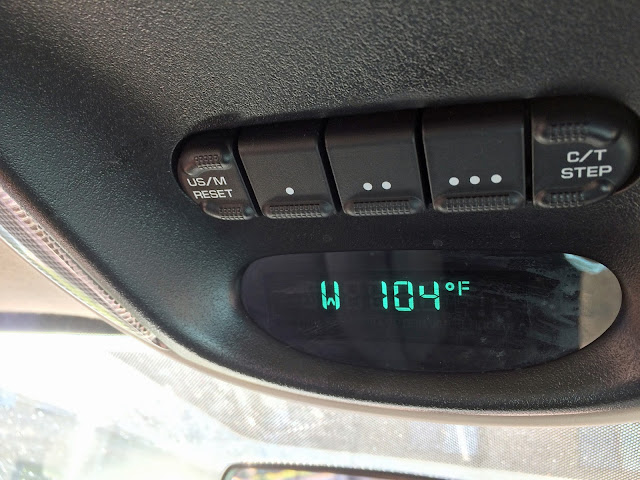 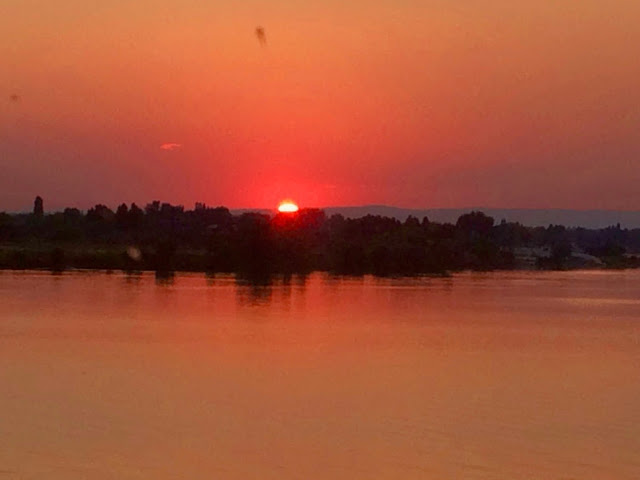 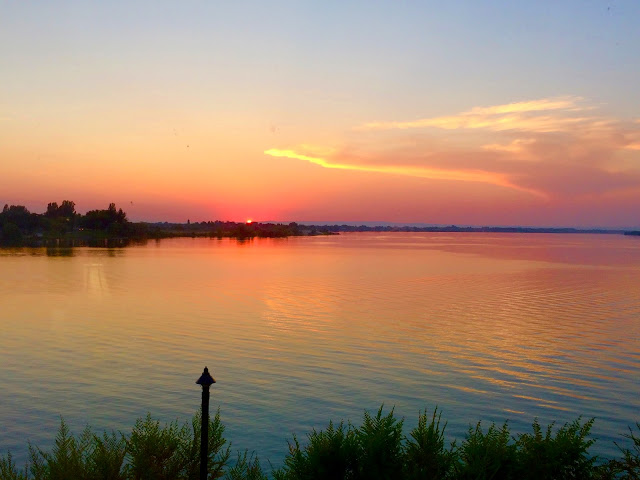 The sunsets were nice.
The air conditioning was even nicer.

Only the classes for absolute beginners are divided - youth vs adults.
All the rest are by skill alone.
My friend Carol would call that "ego training", i.e. "humility building".
My class ranged from senior citizens to kids that looked about six or seven. 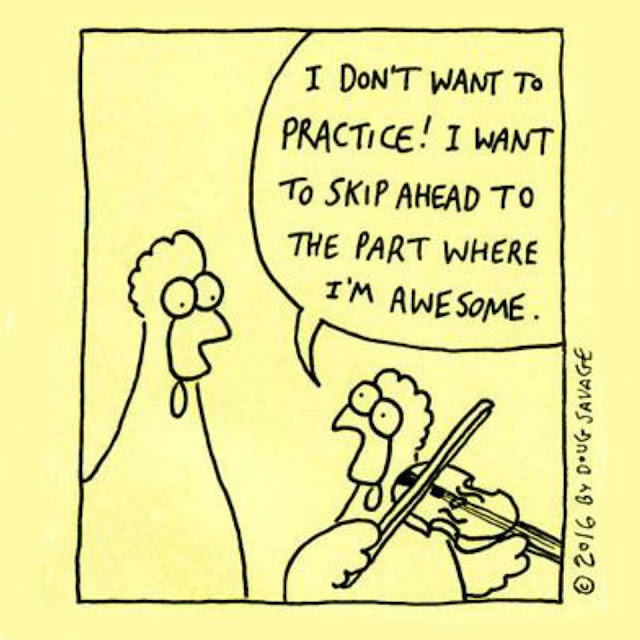 Two and a half hours of class in the morning and again in the afternoon.
That's a lot of fiddling!

And then we drove home.
Lots of farms.
Lots of orchards.
Lots of sage brush. 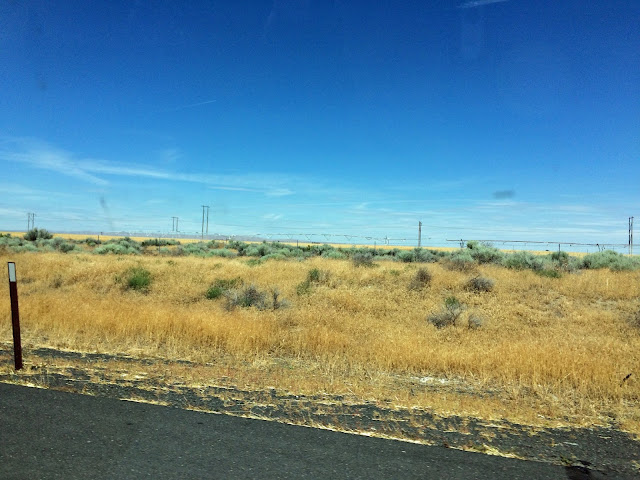 I missed stopping in Cashmere to see my friends, but... 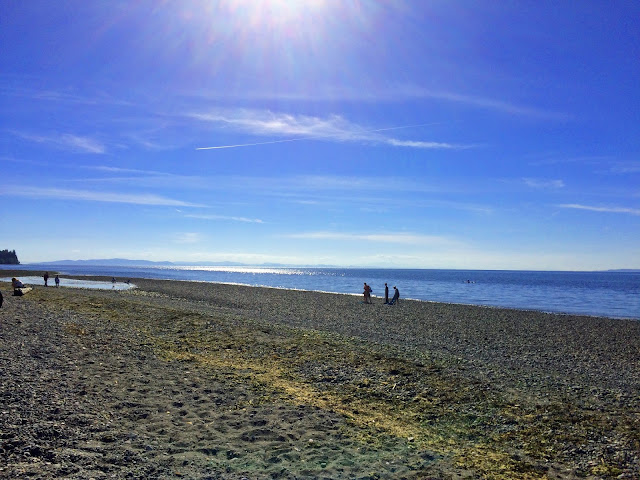 ... since they were camping all the next week at Birch Bay,
it worked out fine!

I met Bronco and Jo back in my Reachout Expeditions days in the late 80's, early 90's. 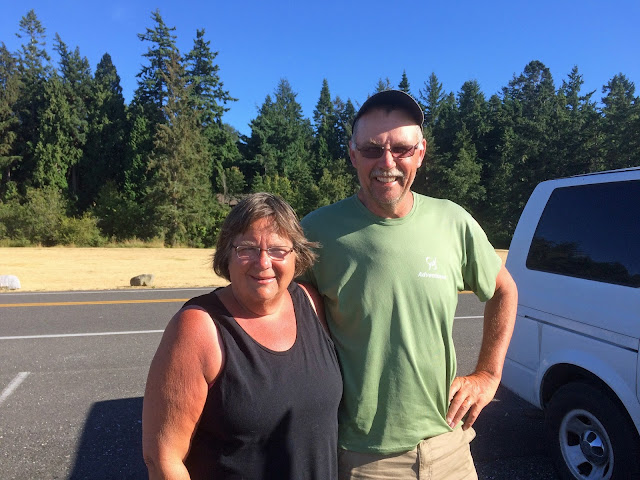 I love these people :D 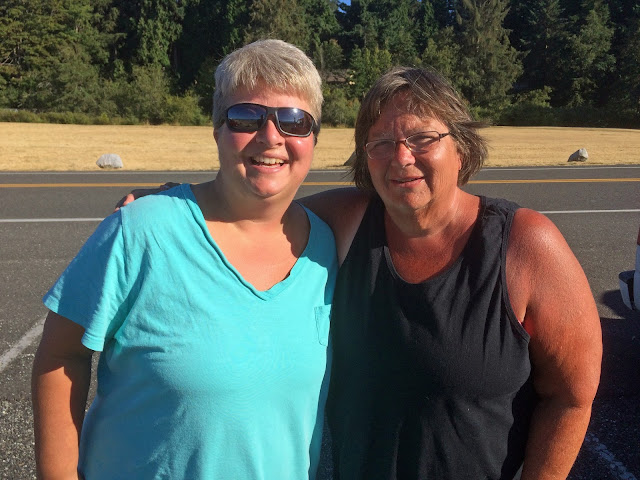 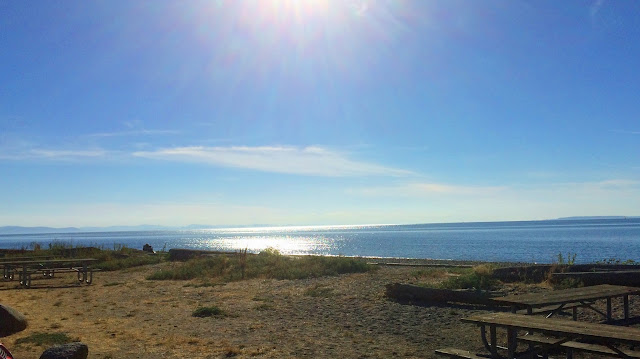 Bronco has long enough arms for a selfie with all three of us :D 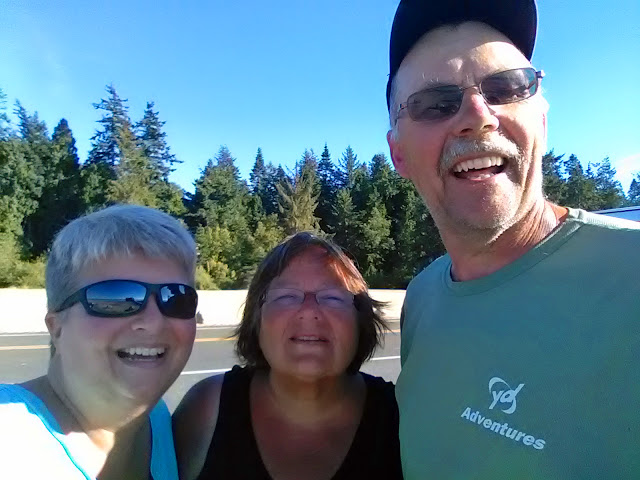 Big things were happening at our house while we were away.
Big.
Huge.
I want to take photos and show you.
When the smoke goes away.

Beautiful photos and so much fun. I hope to hear you play some day.

Don't leave us hanging. What happened at home?

Sara... praying this smoke goes away soon so I can get good photos!

Love that I can visit a friend via blogland and see another part of our beautiful country! THank you so much for sharing it! Some day we hope to travel more when we retire. Backing up to read more. Apparently I have missed a post in regards to your absence... :)

That smoke is so dreadful! Is it getting any better now? Your gorgeous photos of the mountains made me so happy today. :-)

Krista - yes, the smoke has all blown away, hallelujah! One night of rain and a nice breeze, and we woke up to beautiful, lovely clear skies. We take it for granted and now I'm thankful all over again!