1.  I love the relaxed, unscheduled-ness of summer :D  And I'm sure I'll love getting back into routine, come September... but don't tell the boys.

Don't tell them this either:

2.  Gunnar had a few friends over yesterday, and you know what?  He has really nice friends.  While having a house full of 12-13 year old boys may not sound like your cup of tea, I can tell you we had a fun time.  We invited them via email and suggested they bring a swim suit and towel, it being summer and all.  So when they arrived, guess what they did?  Put their swim suits and towels in the house and proceeded to have an "epic squirt gun battle" (Gunnar's words) all over the yard, and get all their clothes thoroughly soaked.  They may not be fully rational, but they're sweet.  I took them to the lake to swim.  Heck, they were wet anyway.  A few pizzas and a movie later and they'd all been picked up and we were headed for bed.


3.  We're still praying for rain, for the areas east of the Cascades, struggling with fires.

While CAP gives the boys frequent opportunities to fly, adults aren't usually so lucky.  But recently Kerry (a "Cadet Sponsor" volunteer) and Tate got the chance to fly down to the Tacoma Narrows Air Show.  They had a great time.  Here's Tate, helping to pre-flight the plane.... 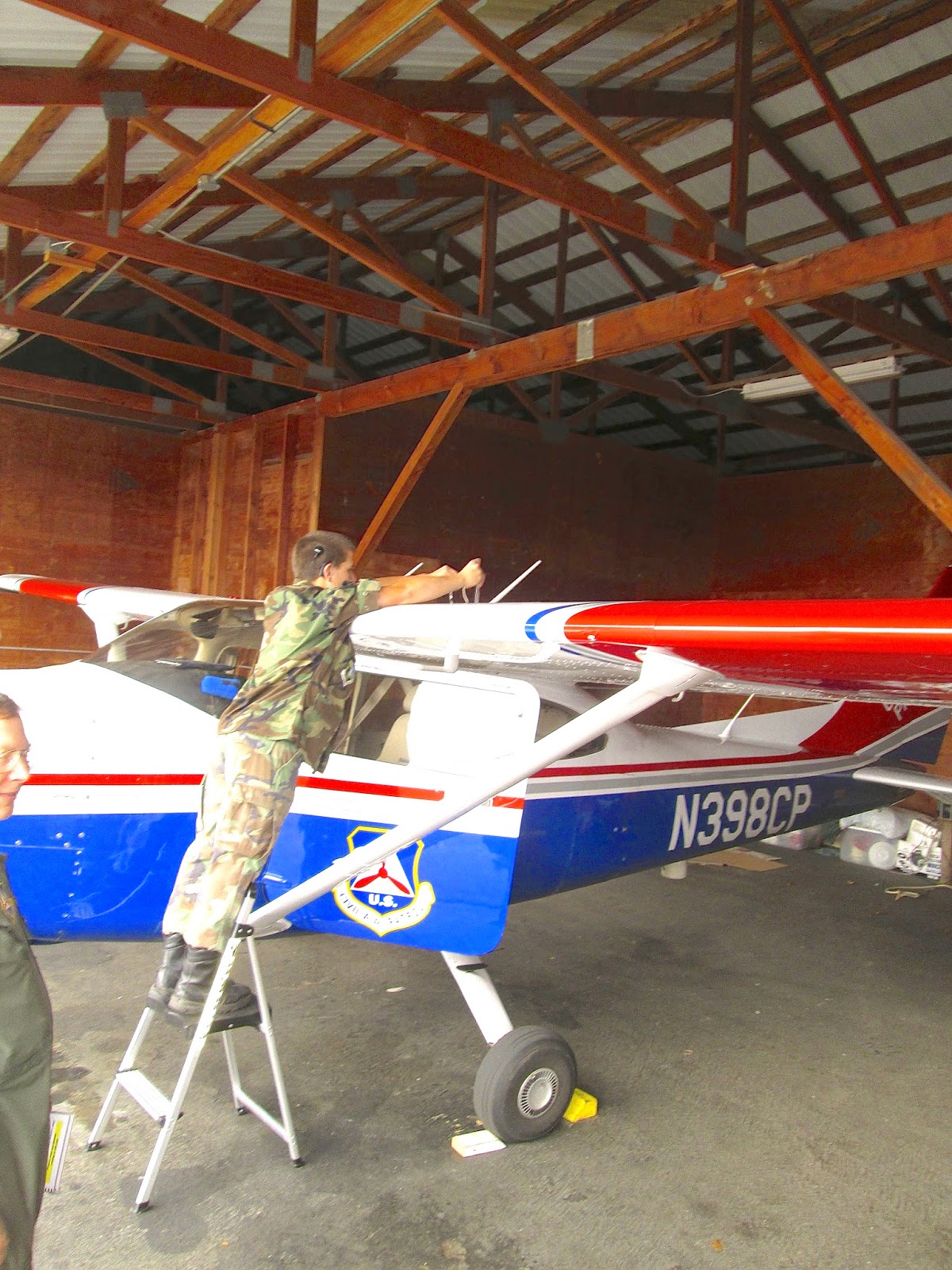 ... and sitting in the front seat.  He has a lot to manage, with his CI processors as well as the head phones. 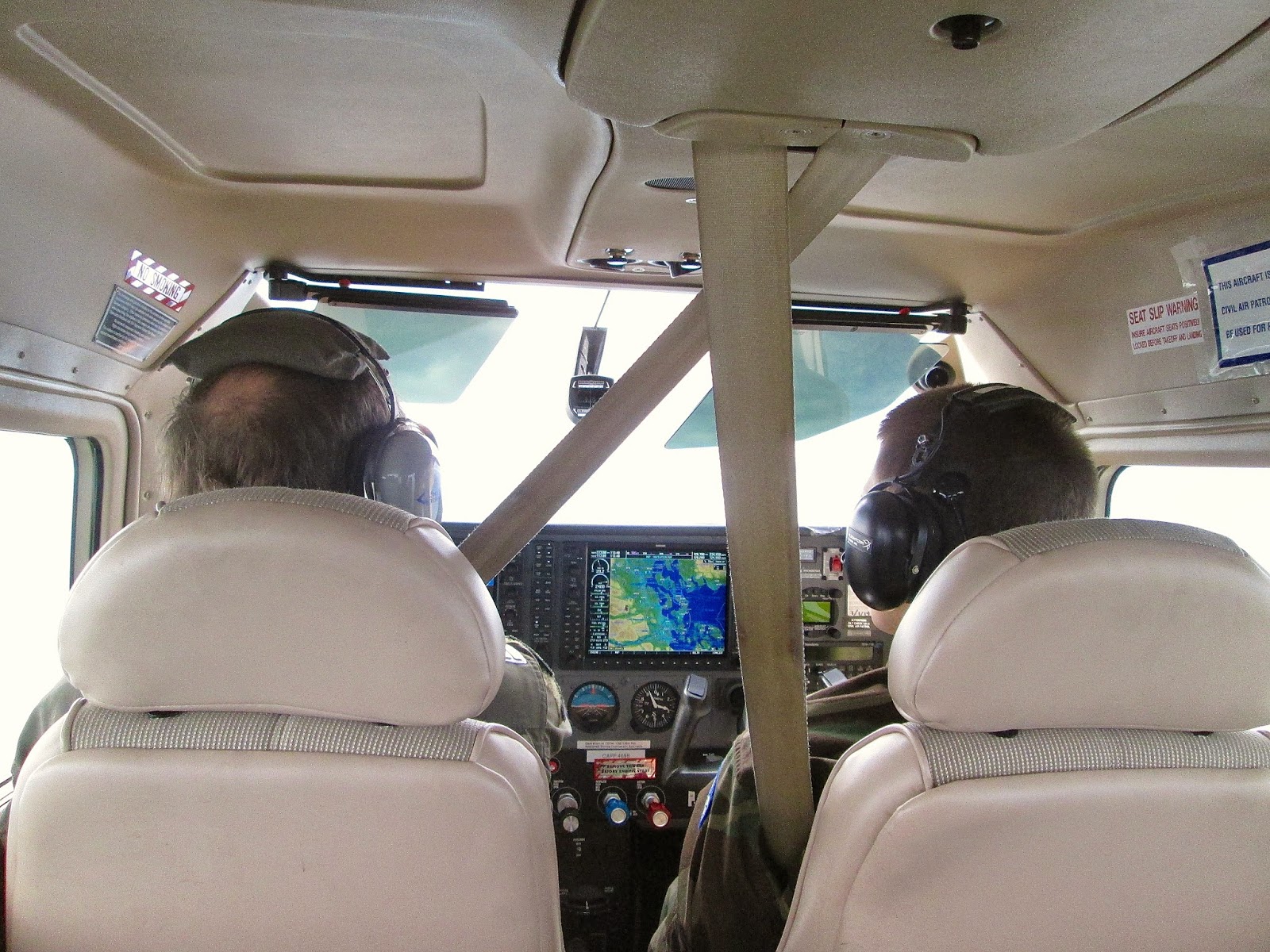 He was pretty excited to fly right over this aircraft carrier. 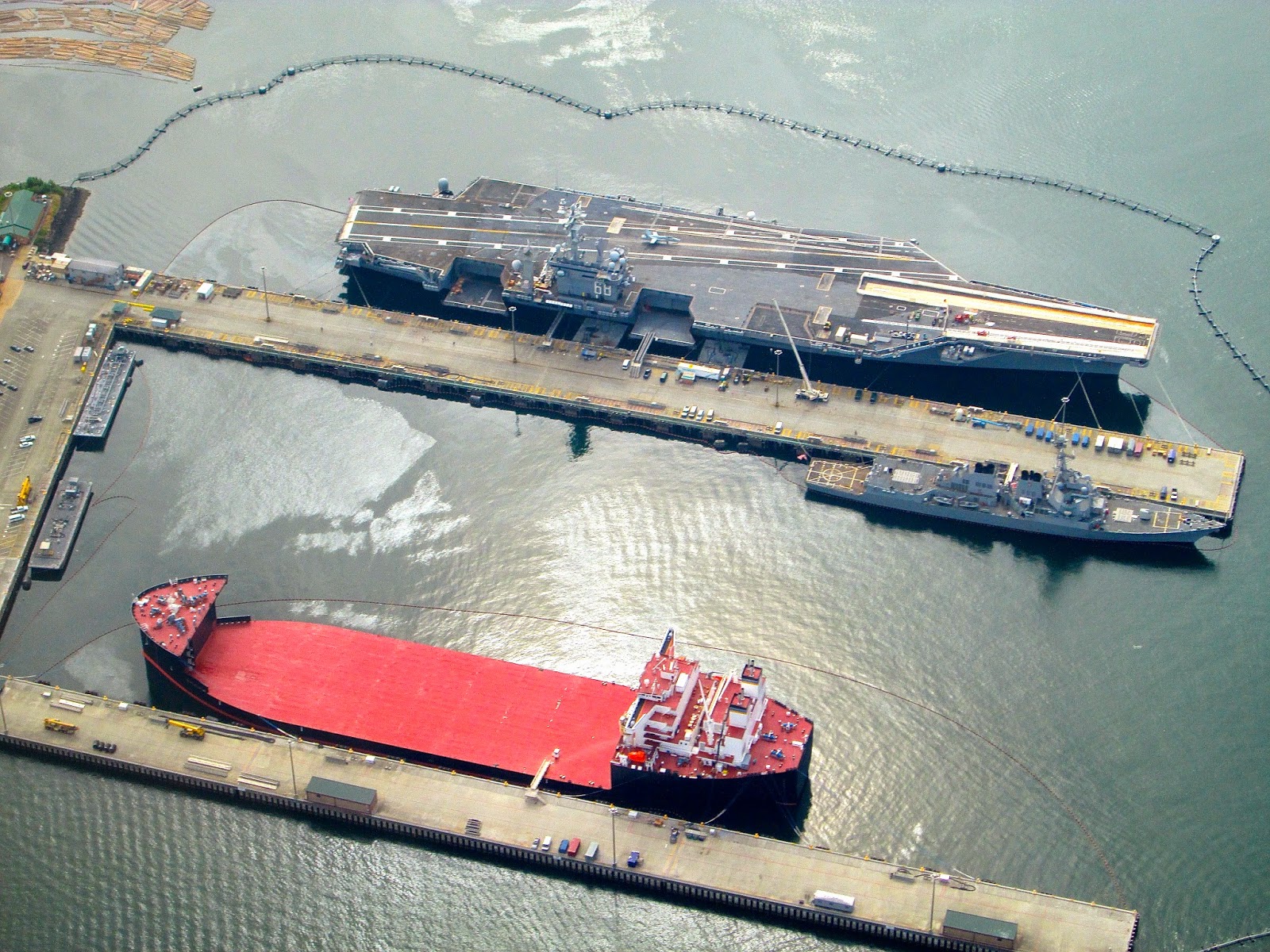 And here they are, approaching Tacoma  with Mt. Rainier looming beyond. 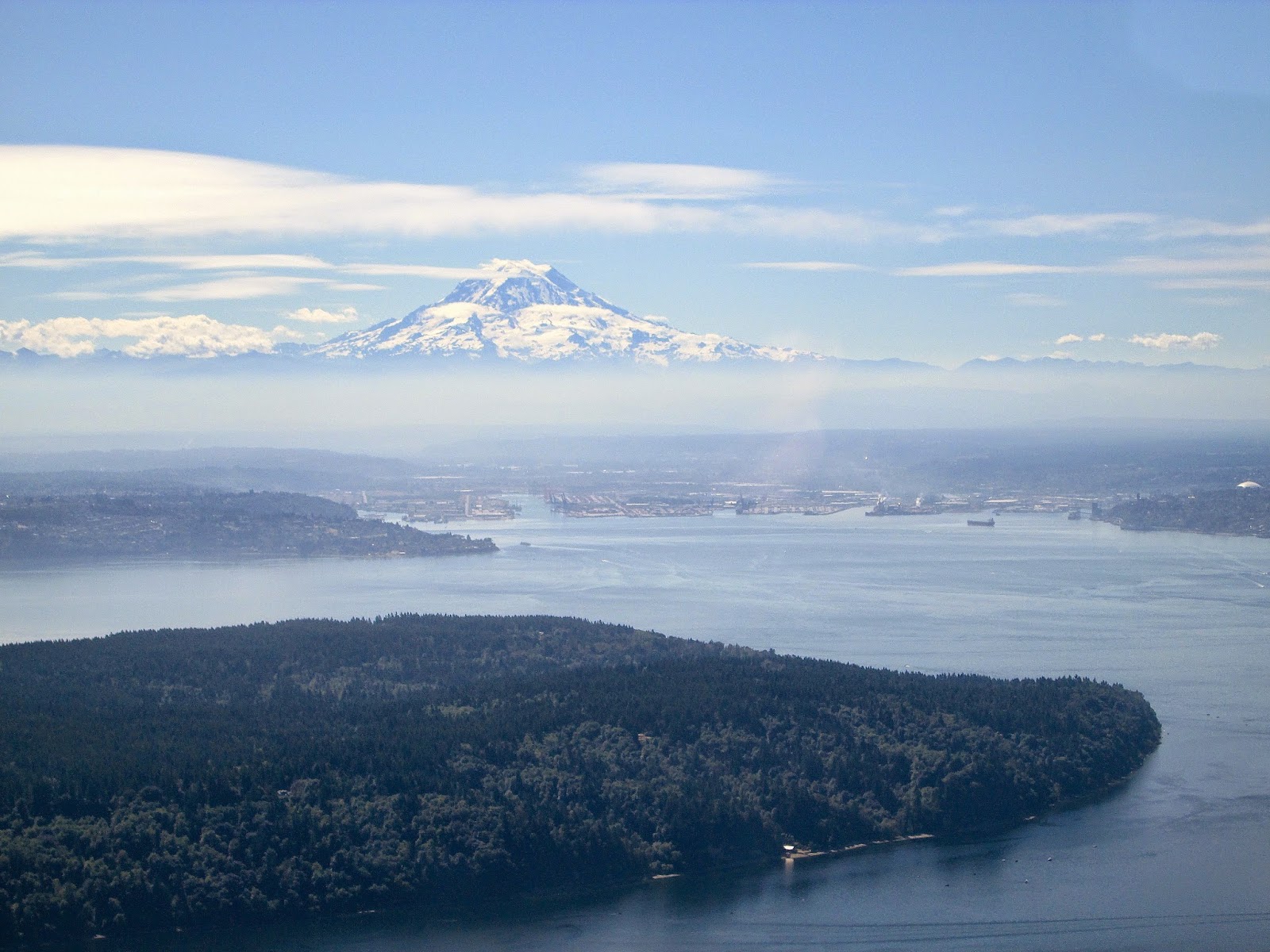 The boys are REALLY interested in this - it's an Elio.  A made-in-America, two-seater car, that's supposed to get 84 mpg and sell *NEW!* for under ten grand. 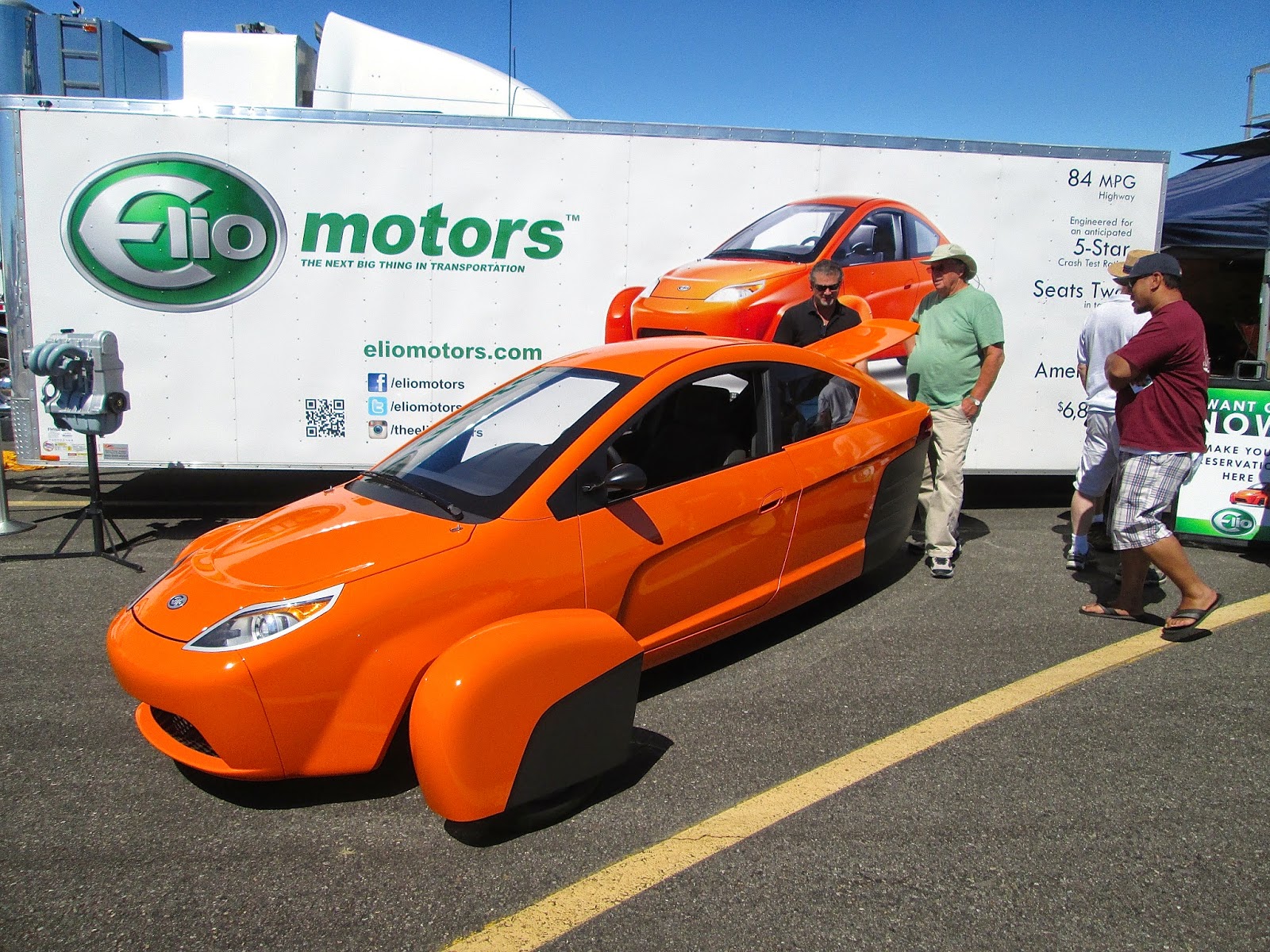 And Tate, always my hard worker, jumped right in with the local CAP cadets to capitalize on the hot weather.  Sounds like they made quite a few bucks! 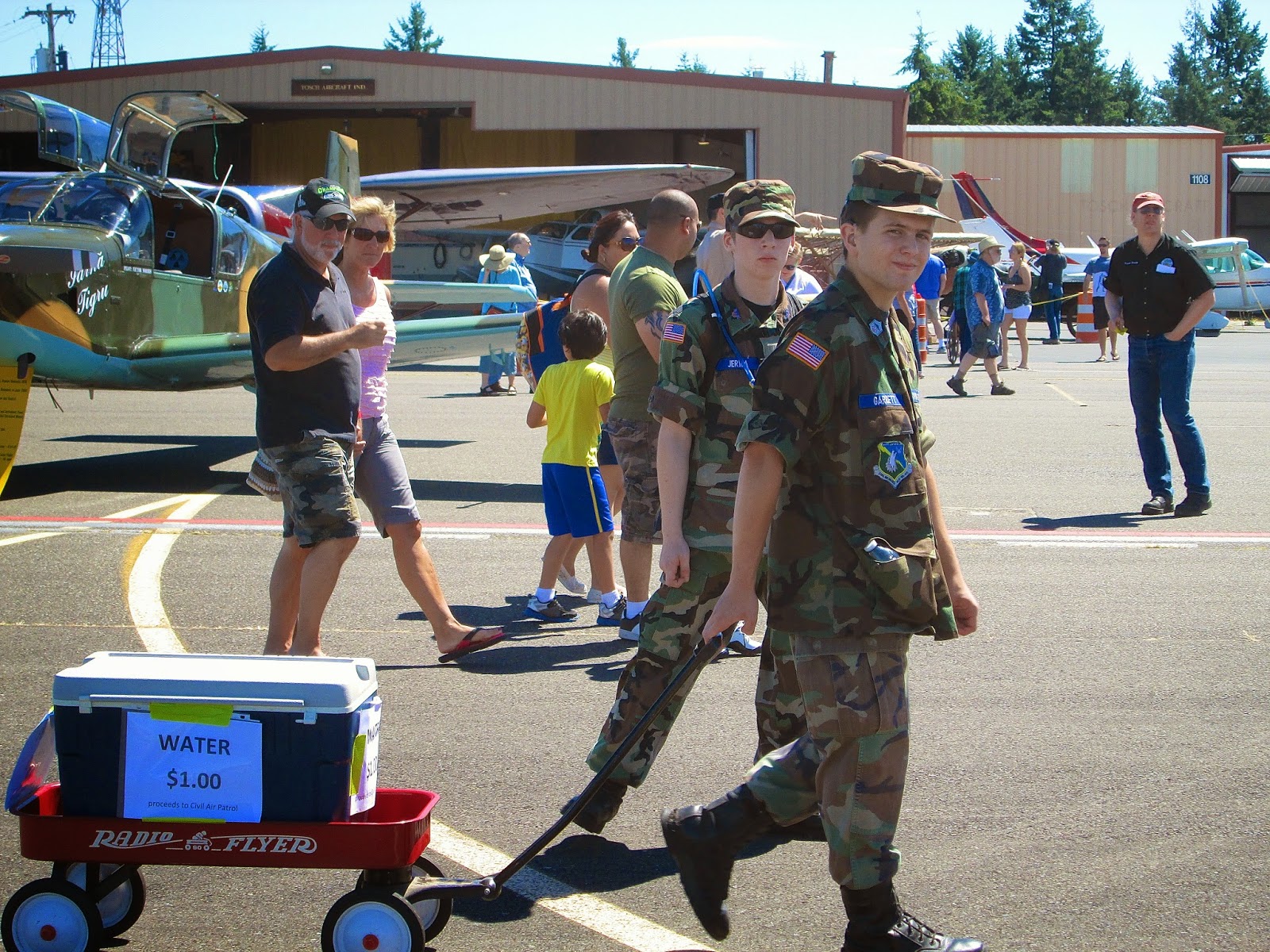 Kerry snapped this as they headed for home.  You can see how close the airfield is to the Tacoma Narrows Bridge - the modern replacement for the infamous Galloping Gertie. 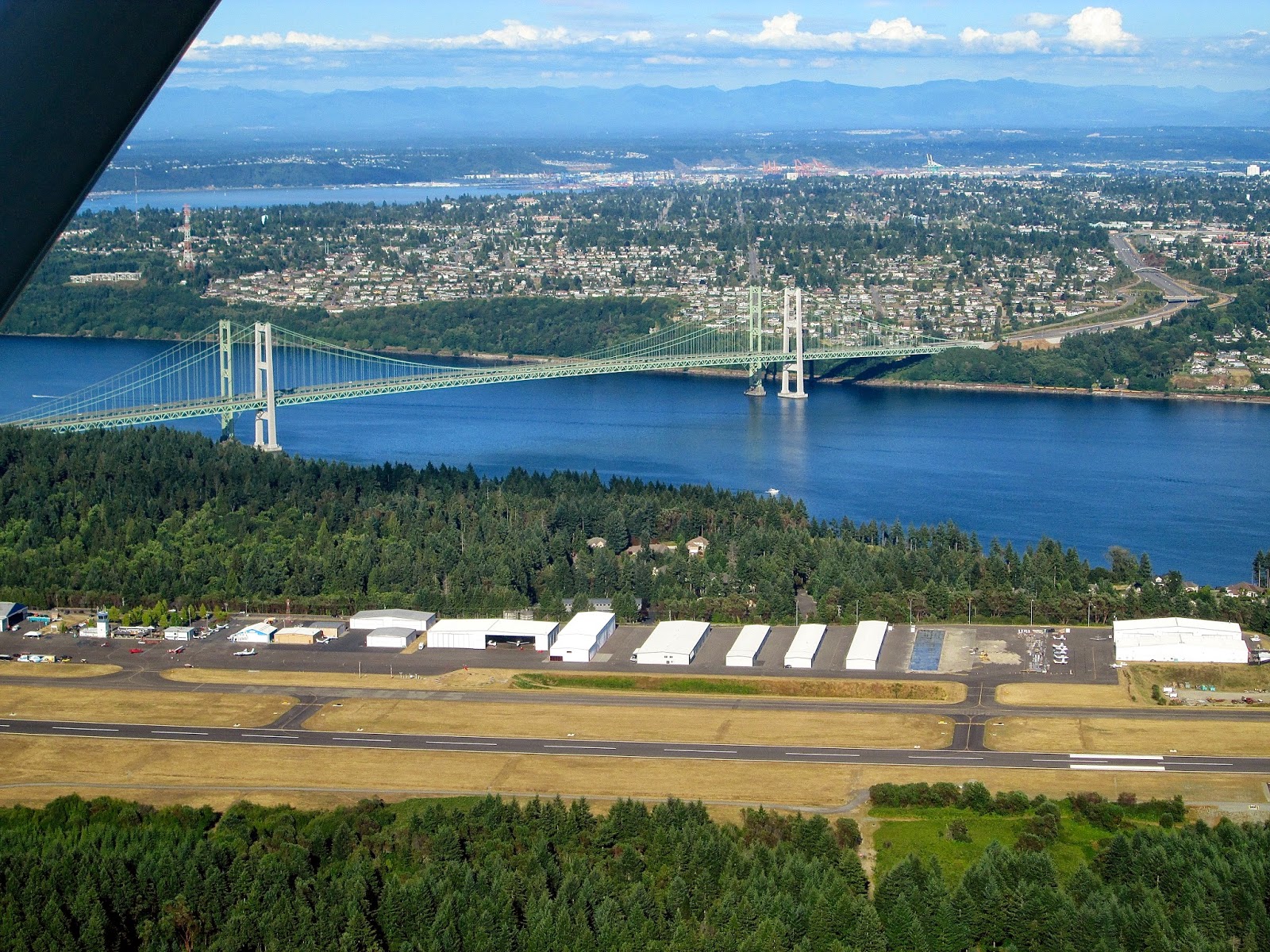 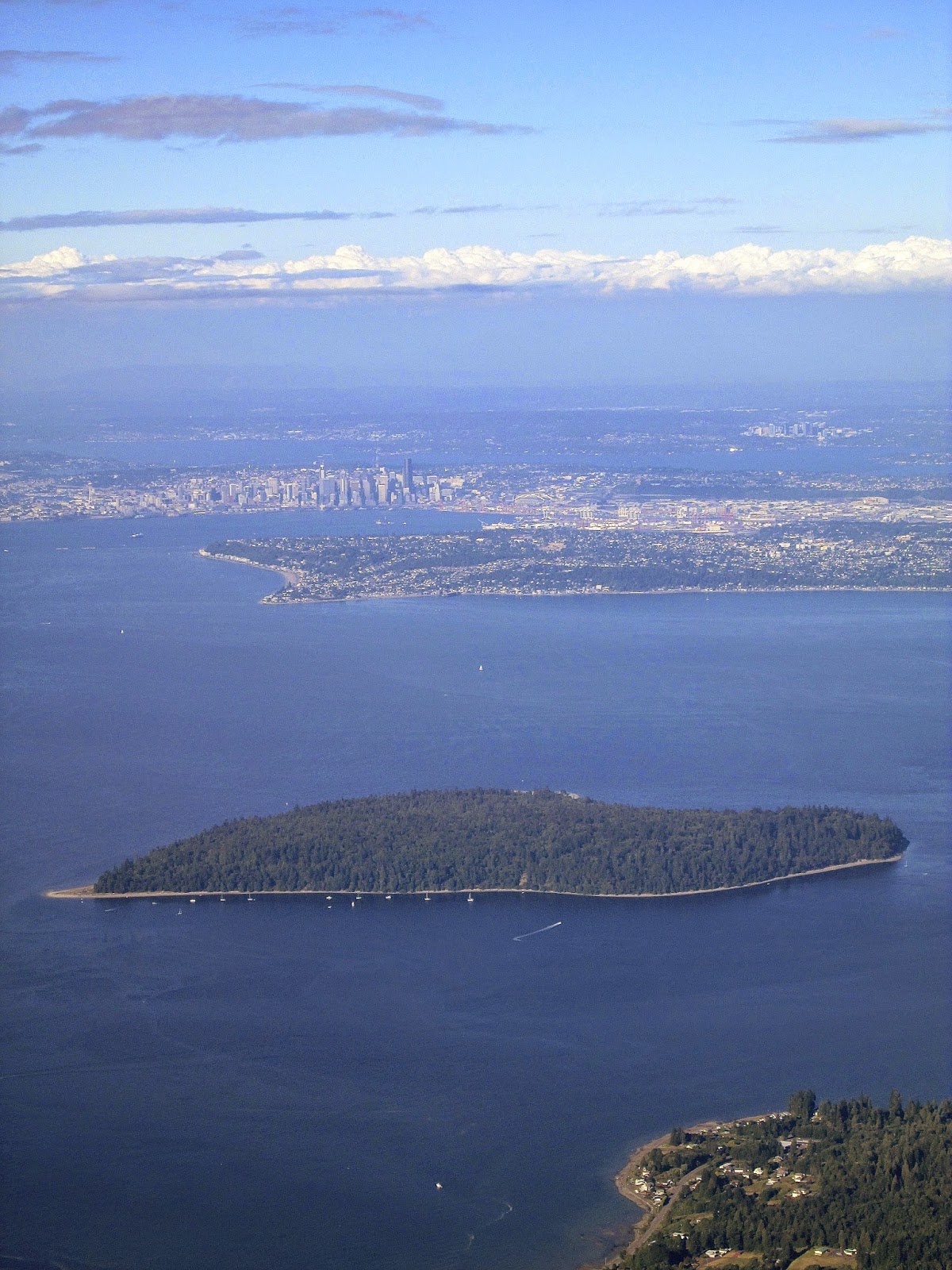 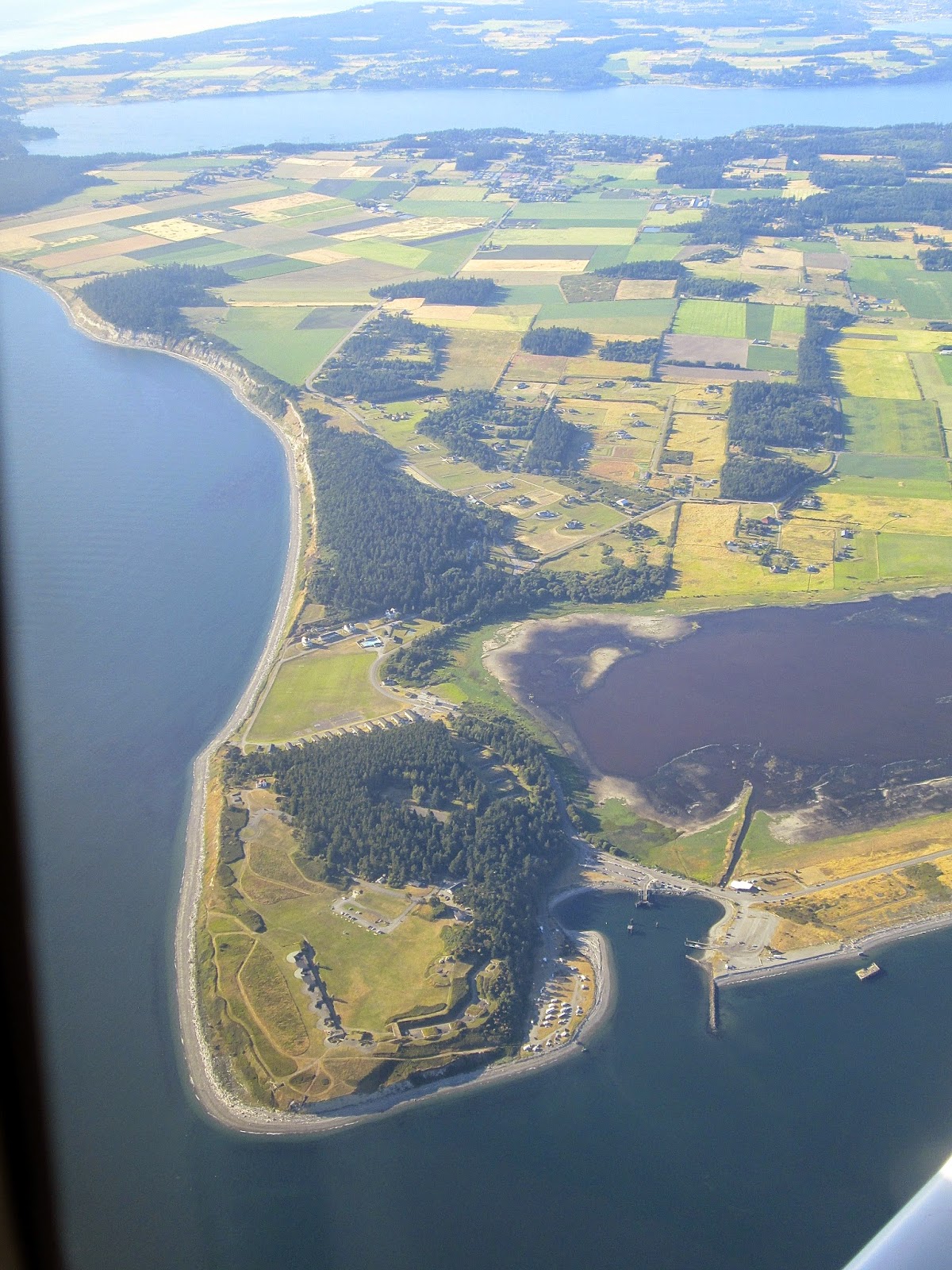 ... and further north, over the Deception Pass Bridge.  You'd be amazed at the current that goes through there.  You really want to watch the tides around there! 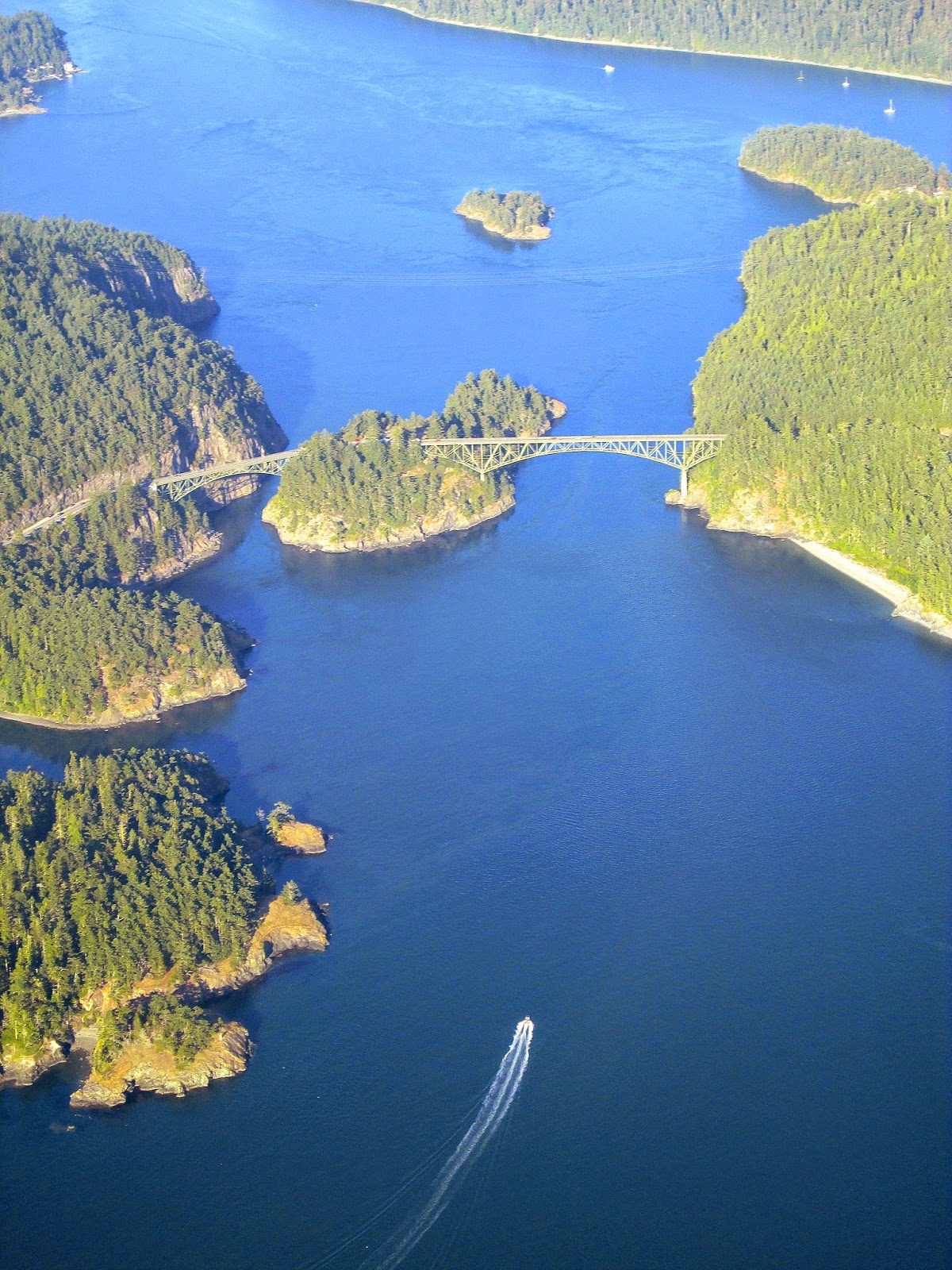 And at last, home sweet home. 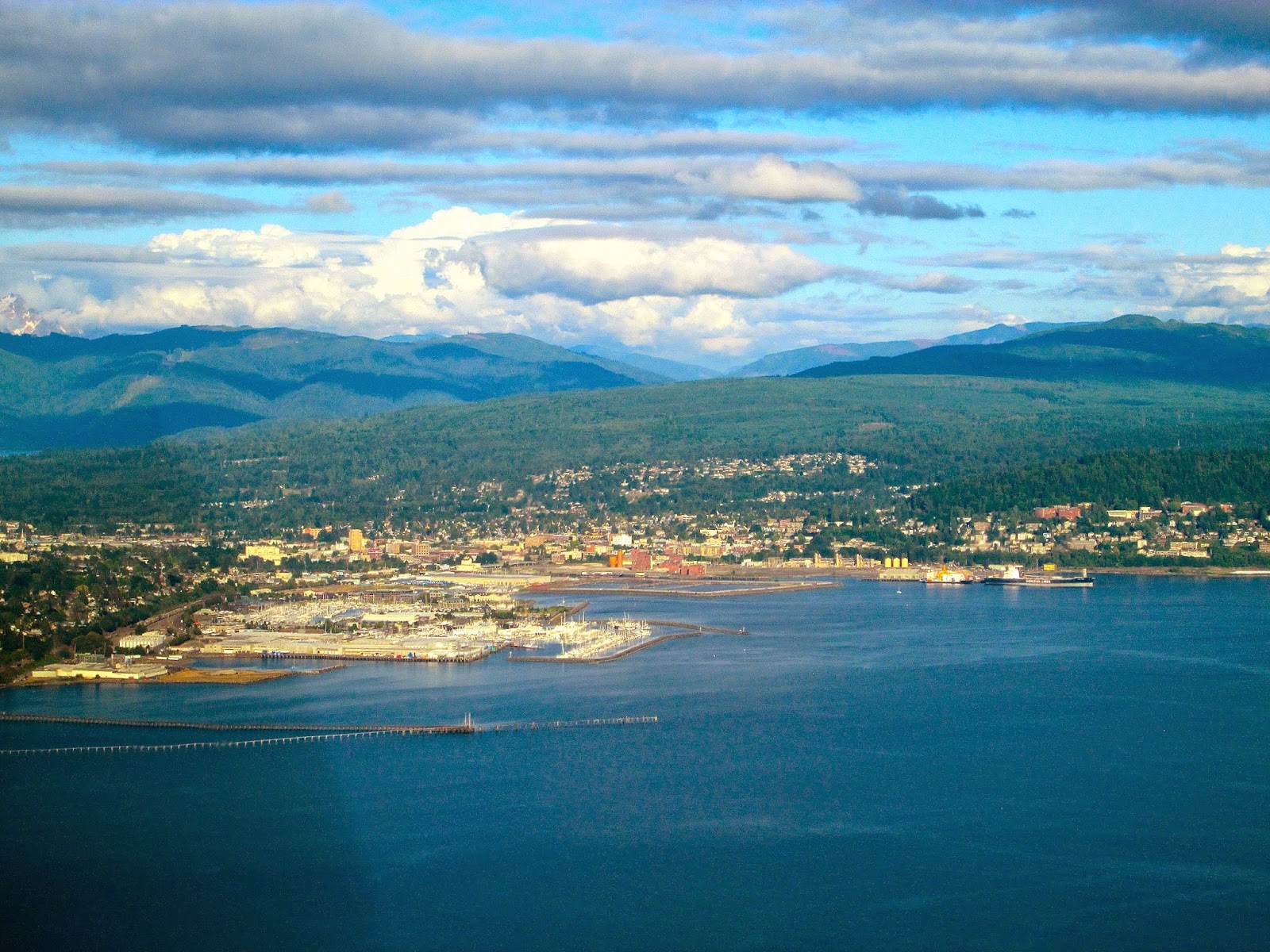 5.  The house is so much quieter with one boy away.  Tate and Gunnar would like to point the finger at Wyatt, but it's true no matter which boy is gone.  Oh, the dynamics of brothers!


6.  We'll be picking Wyatt up on Friday, on our way to Oregon.  VACATION!!!  I don't normally announce that we'll be away, but in one of those providential "coincidences", some missionary friends of ours will be in town and needed a place to stay... exactly while we'll be away.  Sweet deal for all of us :D  They can enjoy some R&R here, while we're down in Lincoln City.  My parents have graciously rented a big house and invited all fifteen of us to come stay.  Yes, fifteen of us.  We're very much looking forward to it... and to the quiet return to home afterwards ;D


7.  I've been taking advantage of the cooler weather to do some school planning.  Gunnar hates to have me mention it, but I sure like having all my ducks in a row.  Of course, we'll probably change things, once we get started.  Just because I can write it all down in one week, doesn't mean we can accomplish it all in a week, but we'll see how things shake out.  At least we have a target.  An outline.  And boy-oh-boy it feels weird NOT to be planning for Wyatt.


8.  Tate is kind of bummed that the high school near us is not going to be able to offer ASL after all. He'd been hoping to take it for his foreign language.  He still could, but he'd have to request a transfer to another high school, clear across town, where he knows no one.  I told him if it's important to him, we'll make it happen, but I think he's going to settle for Spanish at the neighborhood school.  It will be interesting to see how challenging it is for a HoH kid to study a foreign language.  If anyone can succeed, Tate can :D


9.  I've been beating back the chaos in my office / craft room, but I don't know if I'll ever really win this battle.  I can dream, though!

Beatiful pictures! Can I just say, my sister, who attended a school for the deaf, took Spanish at her local high school and was able to complete 2 levels with straight As in a year. It's honorable that your son is taking this challenge and I bet you're proud!

Hi - that's great to hear, and a big "well-done" to your sister! It's got to be an extra challenge learning a new language, since your brain doesn't know what to fill in when you miss sounds.

Have fun on vacation! Fifteen people in one house sounds fun but my guess is you will need a vacation to recover from your vacation! Haha!

I'm having fun catching up on your blog now that I'm back where the internet exists again. What great pictures of all the Grasshopper family's amazing adventures!