1.  It's summer.  But here's the thing about the lazy relaxed days of summer:

Not so exciting to read about.

In fact, I've tried three times to prove my point, and only succeeded in boring myself, so just take my word for it, alrighty?

2.  I hate poodles.  Two of them.  Yapping ceaselessly last night.  And did I mention it was ninety degrees yesterday, so all the windows were wide open?  Yap.  Yap. Yap.  And nobody apparently home.  Because I'm the person that will go out with a flashlight at 11pm to make that noise stop.  Especially when I have to get up at 5:30 to drive Tate to Seattle for a CI appointment.  Arrrrgh.  They ought to be eagle food.

3.  Stay-at-home-mom?  Yah, the title makes as much sense as "baby-sitter" (I mean, who just sits around when they're watching other people's kids?)  Because it's only Wednesday, and this SAHM has already
* taken two boys to four appointments, one in Seattle
* squeezed the Dollar Store and Value Village in between the orthodontist and the dentist
* as long as we were out, took Wyatt by the music store while I collected my "earnings" from the consignment store (yah, we're loaded now ;D)
* delivered the boys to CAP along with stops at Stuff-Mart and the grocery store
Yah.  Stay-at-home-mom.

4.  So, the appointment in Seattle.  Mostly a routine mapping appointment.  Tate is doing fabulously  with his new implant.  Where he tests now is better than some people EVER get, and he's still adapting and improving.  Go Tate!

However, although the new implant is on the right side, he's developed a twitch on the left side.  I hadn't even noticed it (nor had he), but his therapist pointed it out. If he's in a quiet room and I make an "eh-eh-eh" sound, his eyelid will give a little tiny twitch.  The electrodes run really close to the facial nerves.  Our fabulous audiologist devoted a great deal of time to tweaking the electrodes individually to maximize the sound he gets and minimize the twitch.  I don't know that we completely got rid of it, but you'd never notice if you weren't looking for it.  And since it doesn't bother him... he'd rather receive all the sound he can, even if it means a little (partial) wink here and there.

And really, a quiet environment with someone going "eh-eh-eh"?  I mean, how often is that a problem?

5.  Since I can hardly post without a photo...  got a gift card to the fabric store for my birthday, and had fun picking out some more goodies to play with :D 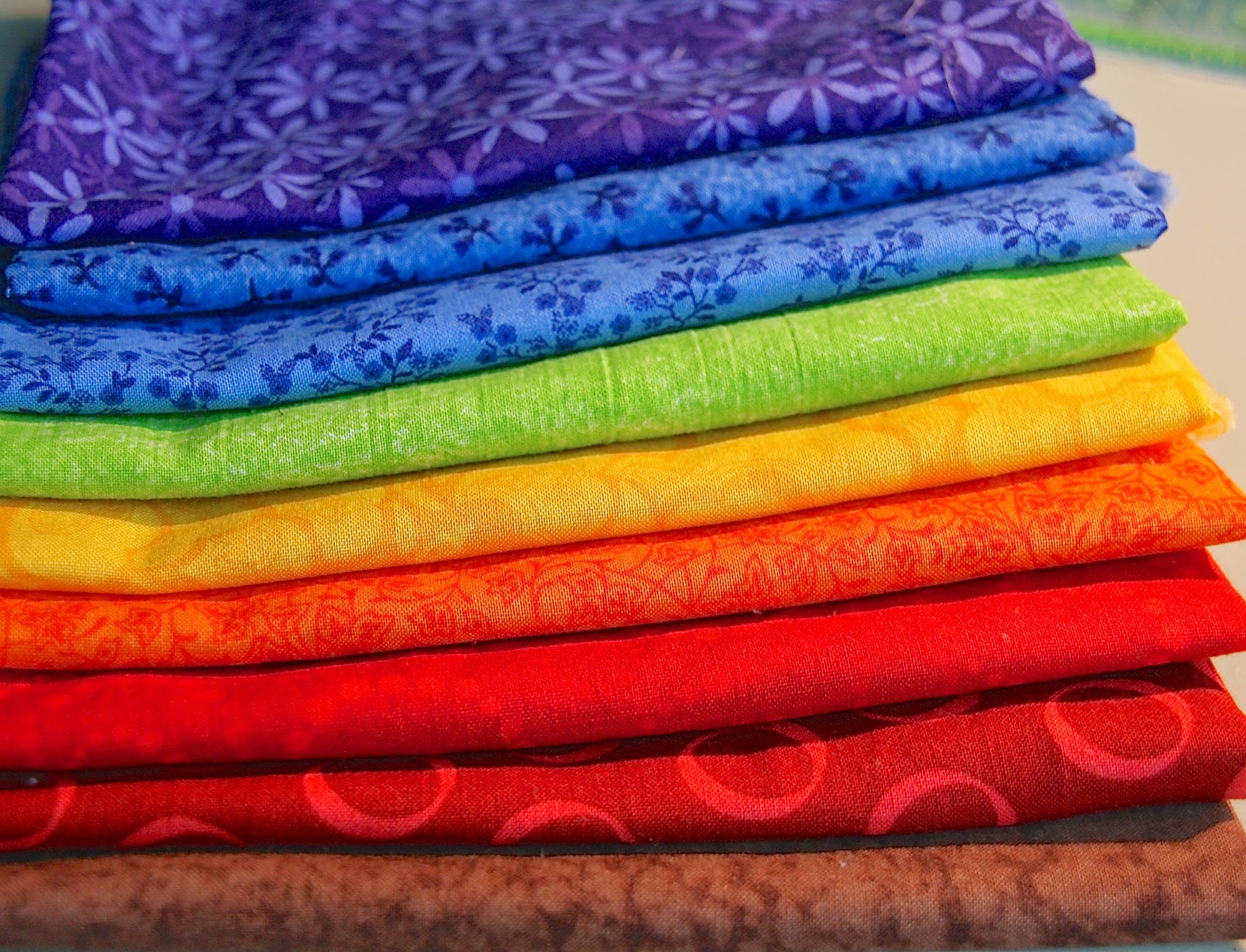 6.  Words of wisdom...  Cheap shoes are always a mistake.  They may look like Vans, but they don't fit like Vans.  I'll be returning them.  But they're such a great turquoise!  Rats. 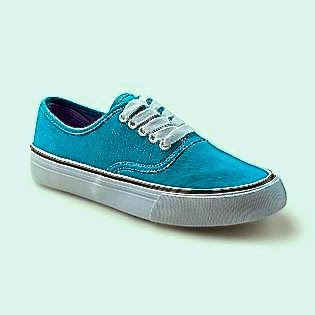 7.  Speaking of rodents...  we have crows.  (Yes, I know they're not rodents. Stay with me...)  I do NOT like their cawing.  So grating and annoying compared to a cheerful little robin.  But they may have a redeeming quality I can appreciate.  Remember the dead mole a couple weeks ago?  We just found a third one.  On the driveway.  Are the crows leaving them for us as a love-token, like cats will do? Whaaaaat?  I'm not sure I want to know, but Go Crows.


8.  The garden.  It's coming along.  I'll have to get some pictures.  And pick some lettuce.  We do have lettuce growing.  And raspberries.  I sent the boys over to pick raspberries yesterday after Tate's therapy appointment, hoping there would be enough for a batch of jam.  And how!  Jam AND a pie :D  All of us but Gunnar love raspberry pie.

So the boys came home with the berries.  I had Wyatt help me make the pie (so he'll know how to do it - it's easy!)  We had lunch.  And while the boys did the dishes, I went over to the neighbors', you know, to practice the art of sitting.  (I want to have it right by the time I retire ;D)  And - surprise! - they told me Chickie is back!  (Chickie is the friend who is letting us use her garden space.)  Funny that the boys hadn't mentioned it, but they didn't see her (garden in the back, RV in the front).

Went over to say hi, and laughed together that she hadn't seen the boys, but had gone to the garden right after they left and was surprised there weren't more than half a cup of ripe berries.  I guess the boys did a good job of picking!  I invited her over for pie :D


9.  So there.  That's why I haven't been posting.  I haven't wanted to make you all insanely jealous of our glitzy lifestyle.  I mean, really.  Where else can you get yapping poodles, cheap shoes, dead moles, and raspberry pie all in one stop?

Now go forth and enjoy the sunshine.
Posted by Herding Grasshoppers at 4:30 PM

See now, I think your take on the everyday is very funny.

We have neglected yappy dogs next door too.

I think you have cat crows. I just made that up.

Gunnar needs to reorder his affections to appreciate raspberry pie. :)

I just wanted to comment I have that facial eye twitch too! But it is only during mappings/running through the electrodes. They have to set my mapping levels just below where the eye twitch occurs but the problem is I want to hear more! I haven't had a mapping change in many years because of it. They cannot turn the electrodes off that causes it because it is practically every single one and like every one in the middle. Hope it doesn't affect Tate outside Seattle!

Oh, Lissa, you too? I guess it's pretty common. Tate's like you - prioritizes hearing over the twitch. Have a great vacation!!!

Too bad those beautiful shoes didn't fit well, because they're beautiful! I've missed you too, but glad to know it's because of boredom, not illness or anything!

I'm with you about the yappy dogs. We have a Brittany Spaniel and his bark is much deeper, but can also be annoying.

I love raspberries. Enjoy those while you can!

I love your sense of humor! I wish I had just a touch of yours! :)
Those fabrics are beautiful! Can't wait to see what you turn them into. Hope you have a great 4th! Enjoy that pie!

Oh AND - we missed your birthday? Happy Birthday! and have a great 4th.