Did you ever see the movie Apollo 13?  There's a bit where the astronauts - who are in a precarious position - have to orbit around the moon in order to use its gravitational pull to "slingshot" them back to earth.  Right before they go behind the moon, and out of radio contact with earth, one of the astronauts says to Houston, "See you on the other side."

Kind of how I feel when we have Naomi here for a few days.  We love it, but I do feel disconnected from my "normal".  I know if we had a toddler around full time, we'd adapt to a new normal, but since she's only here for a visit, we put a lot on hold. 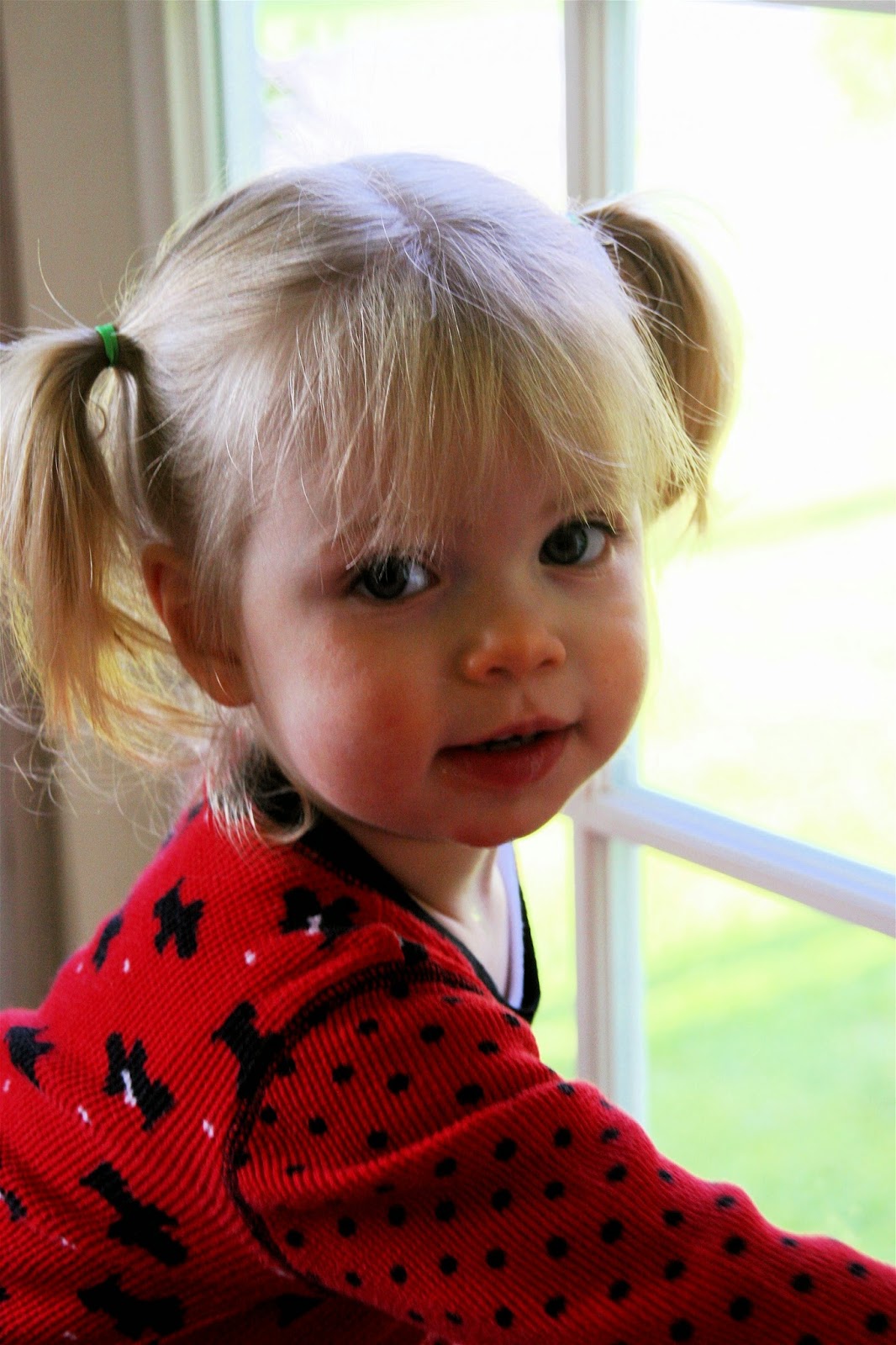 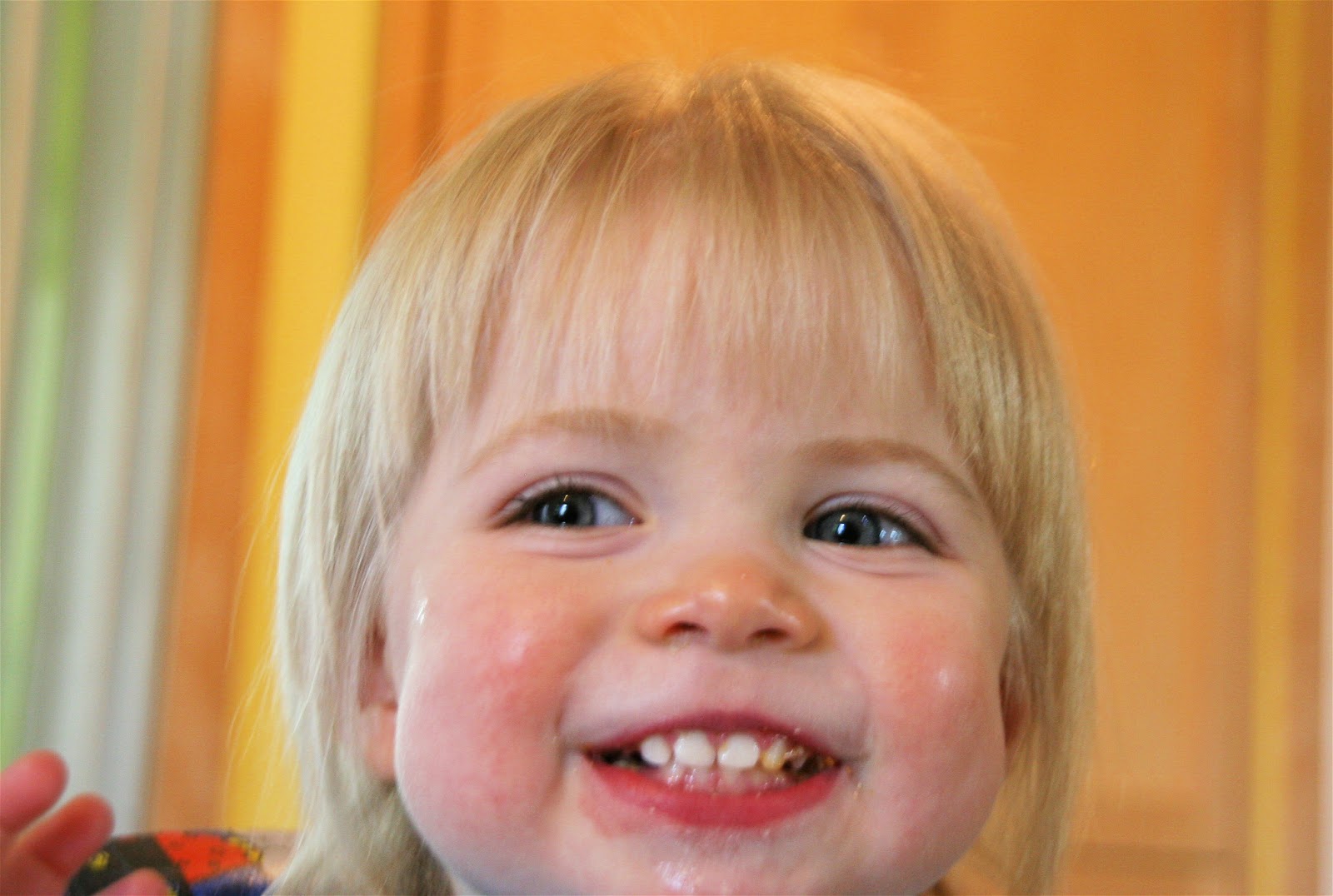 I tell Gunnar that God is preparing him to be an AWESOME dad,
because he is so helpful with Naomi.
Actually he's great with kids in general, but the two of them have a special bond. 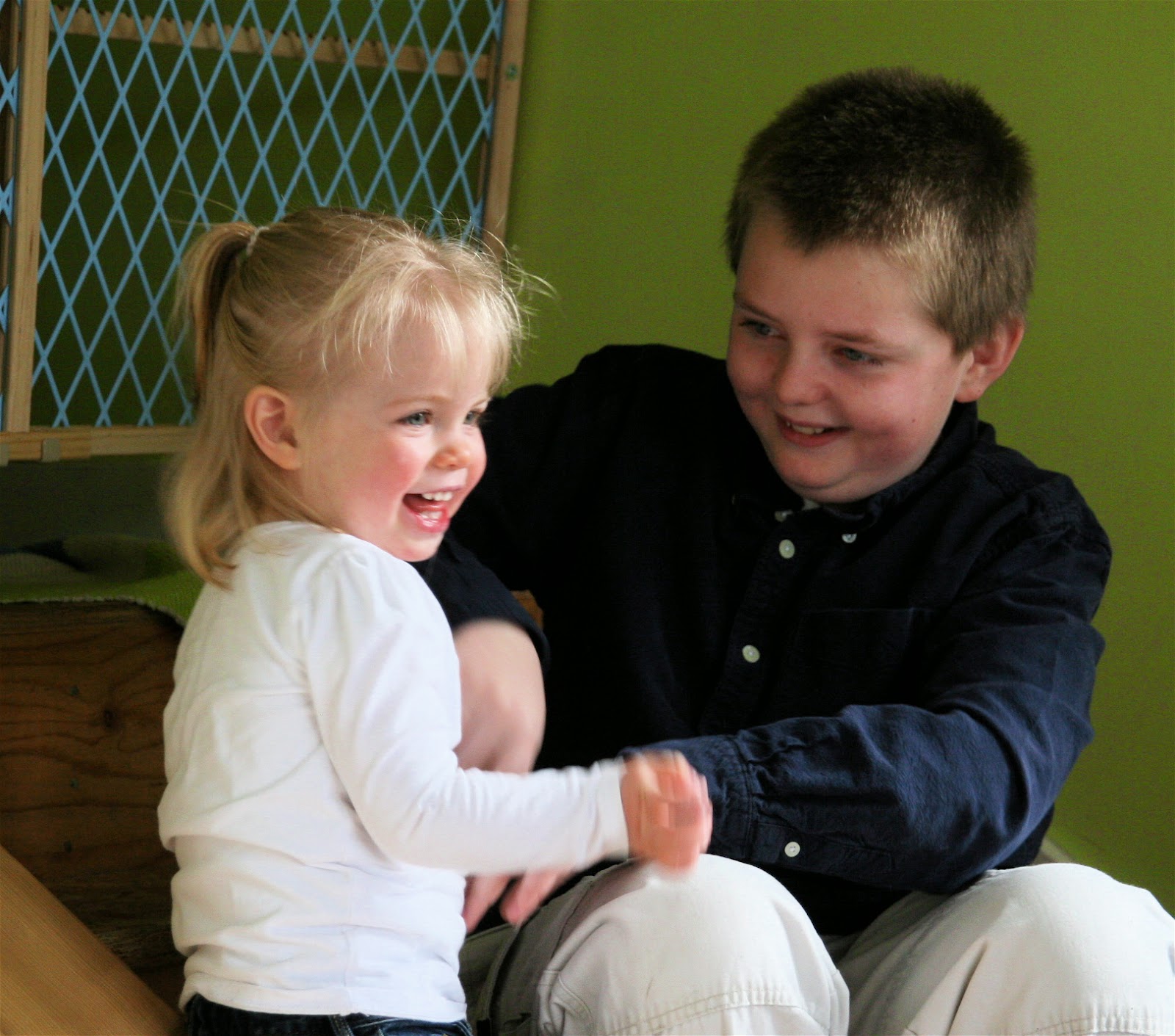 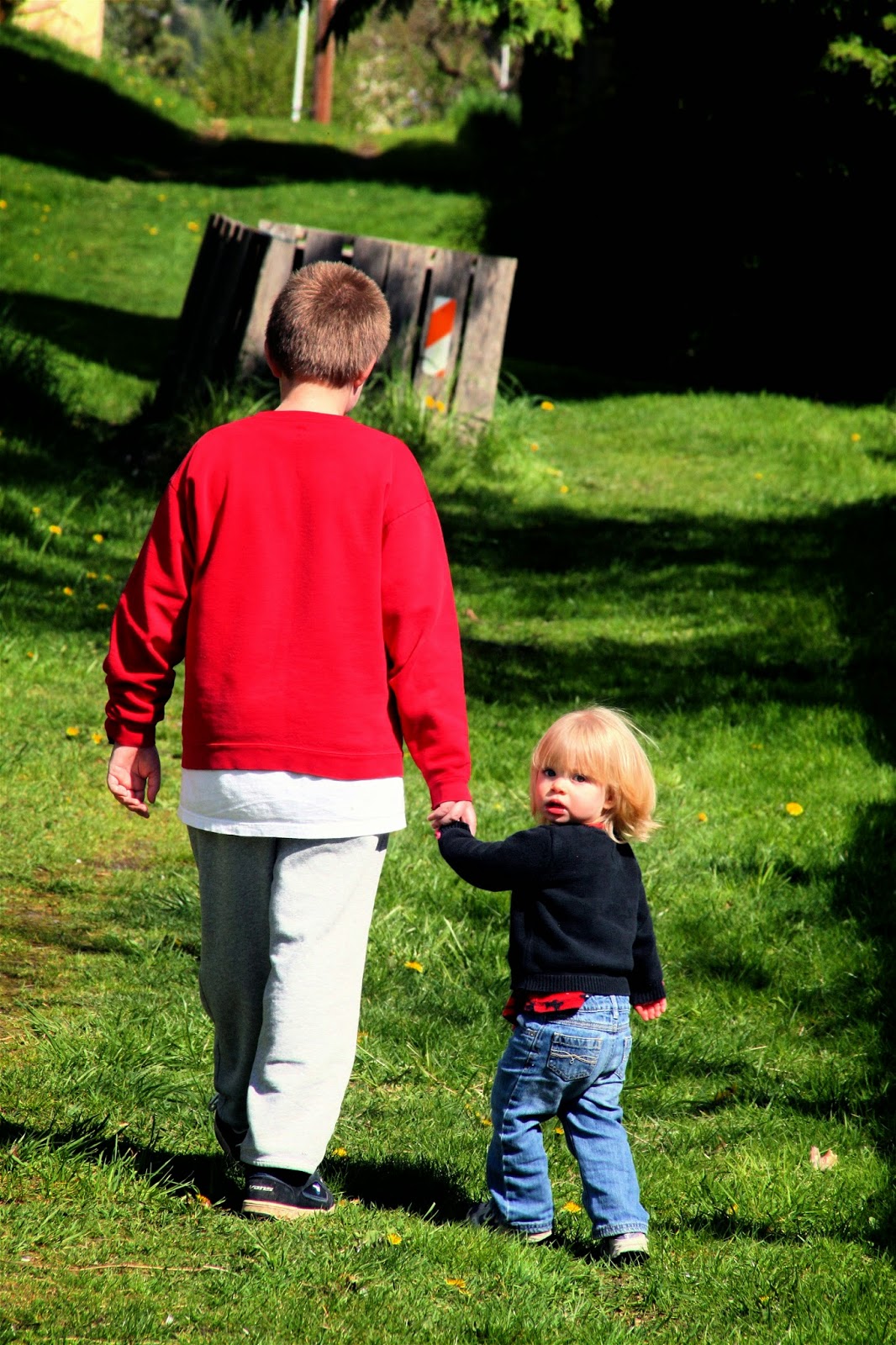 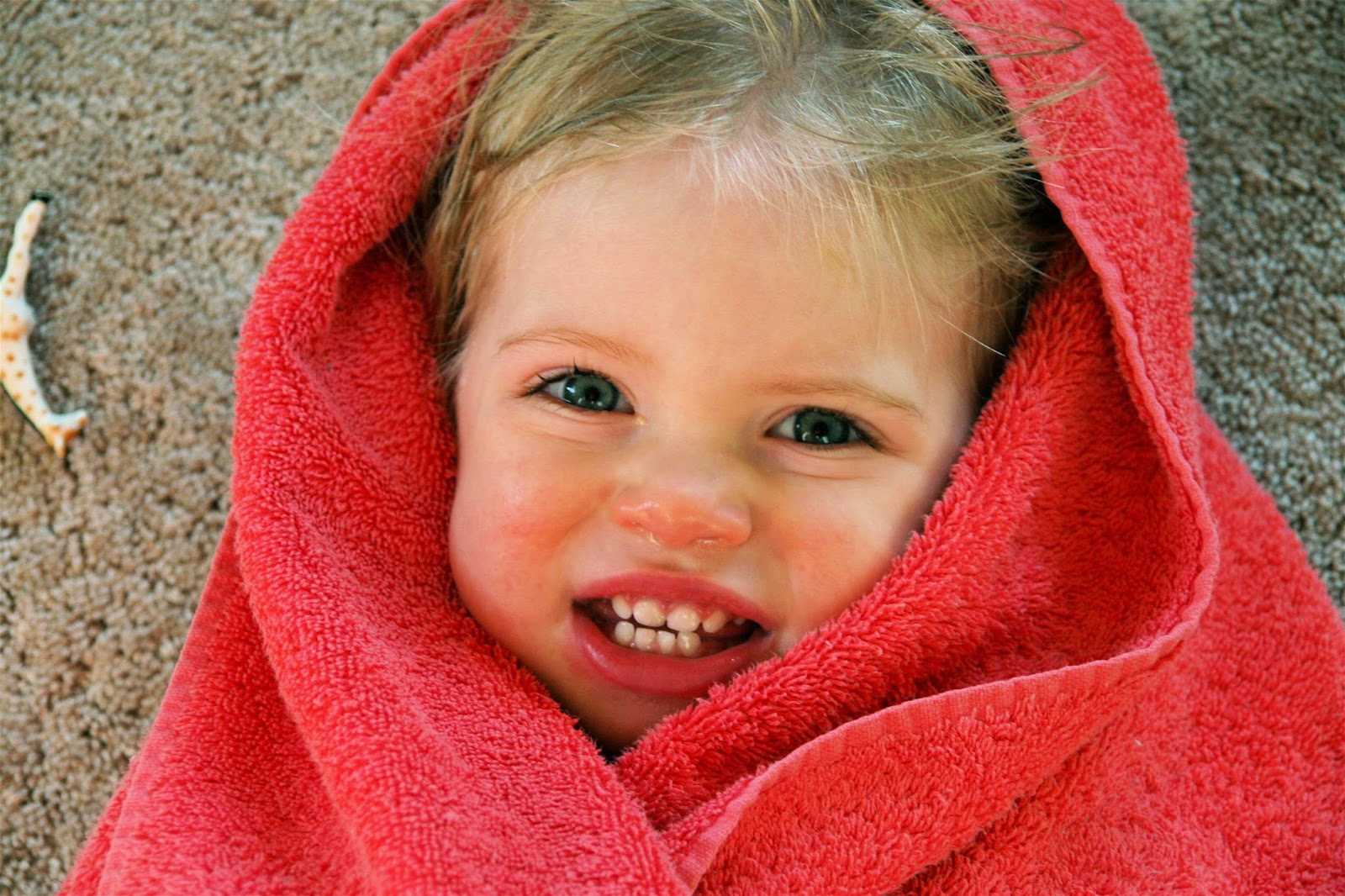 ... trying to slide on this slope by the stairs... 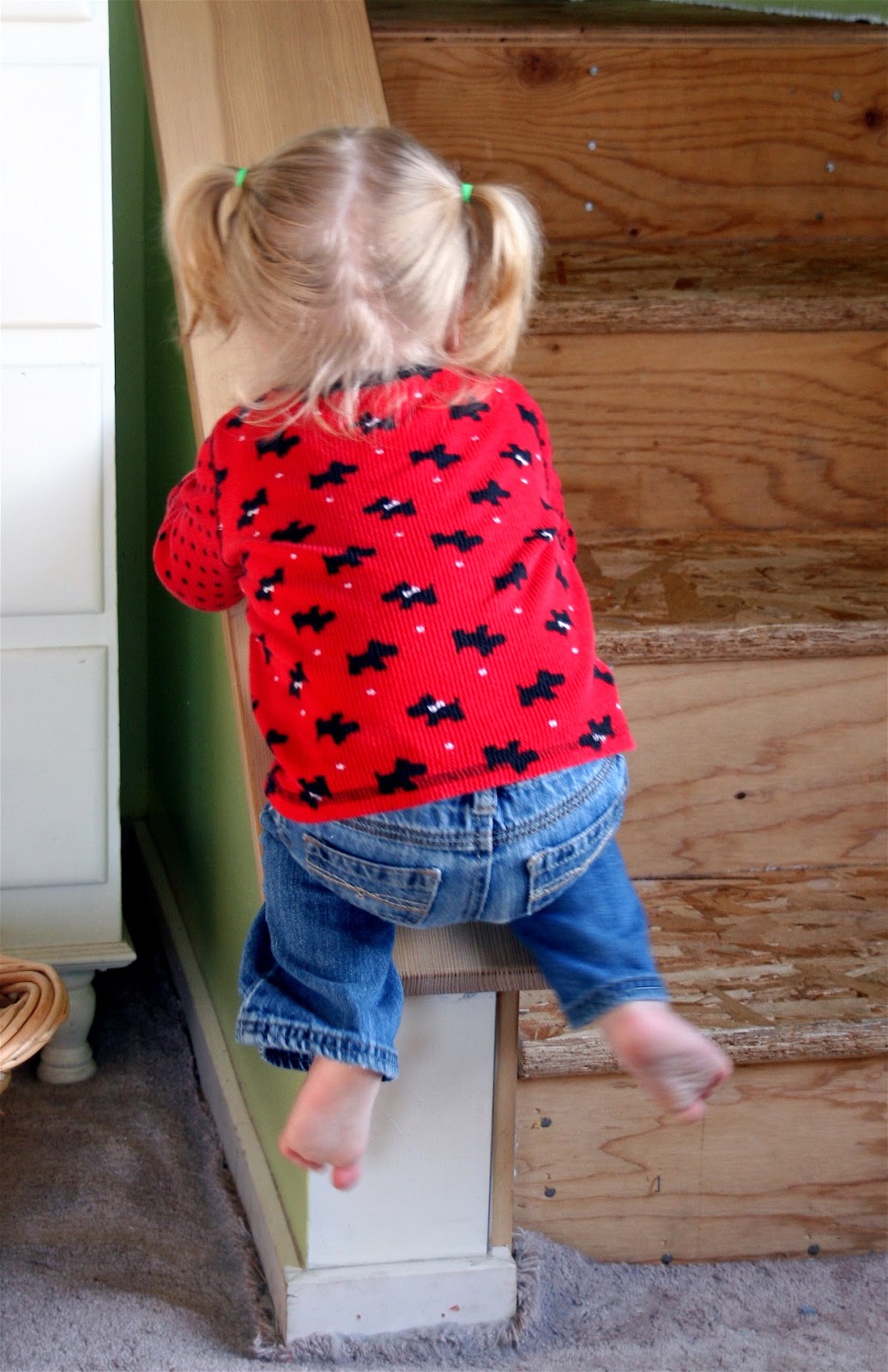 ... snuggling with Gunnar and trying to talk him out of his watch,
(I know it's not a great pic of her, but I love how she's so completely relaxed in his arms)... 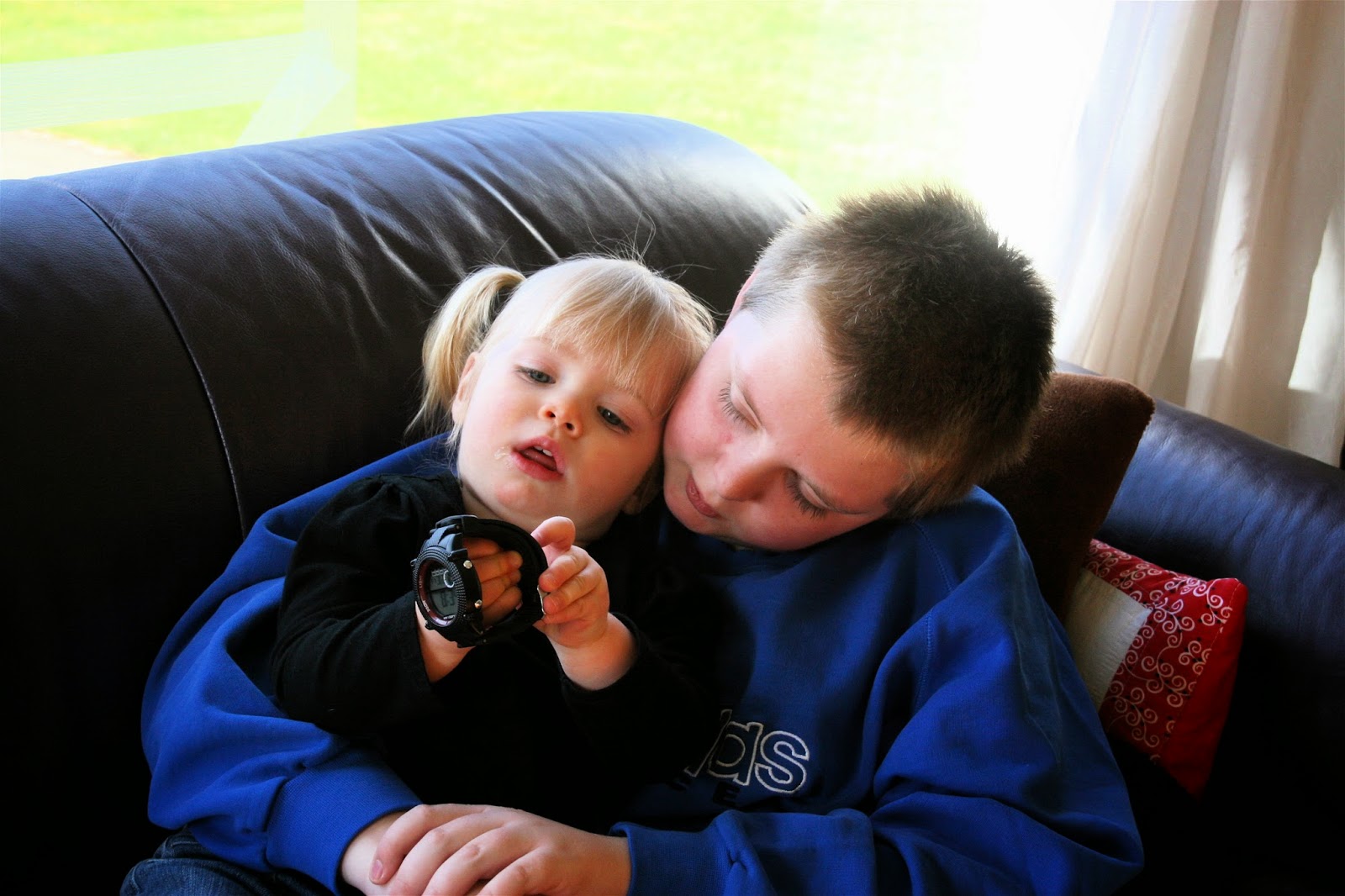 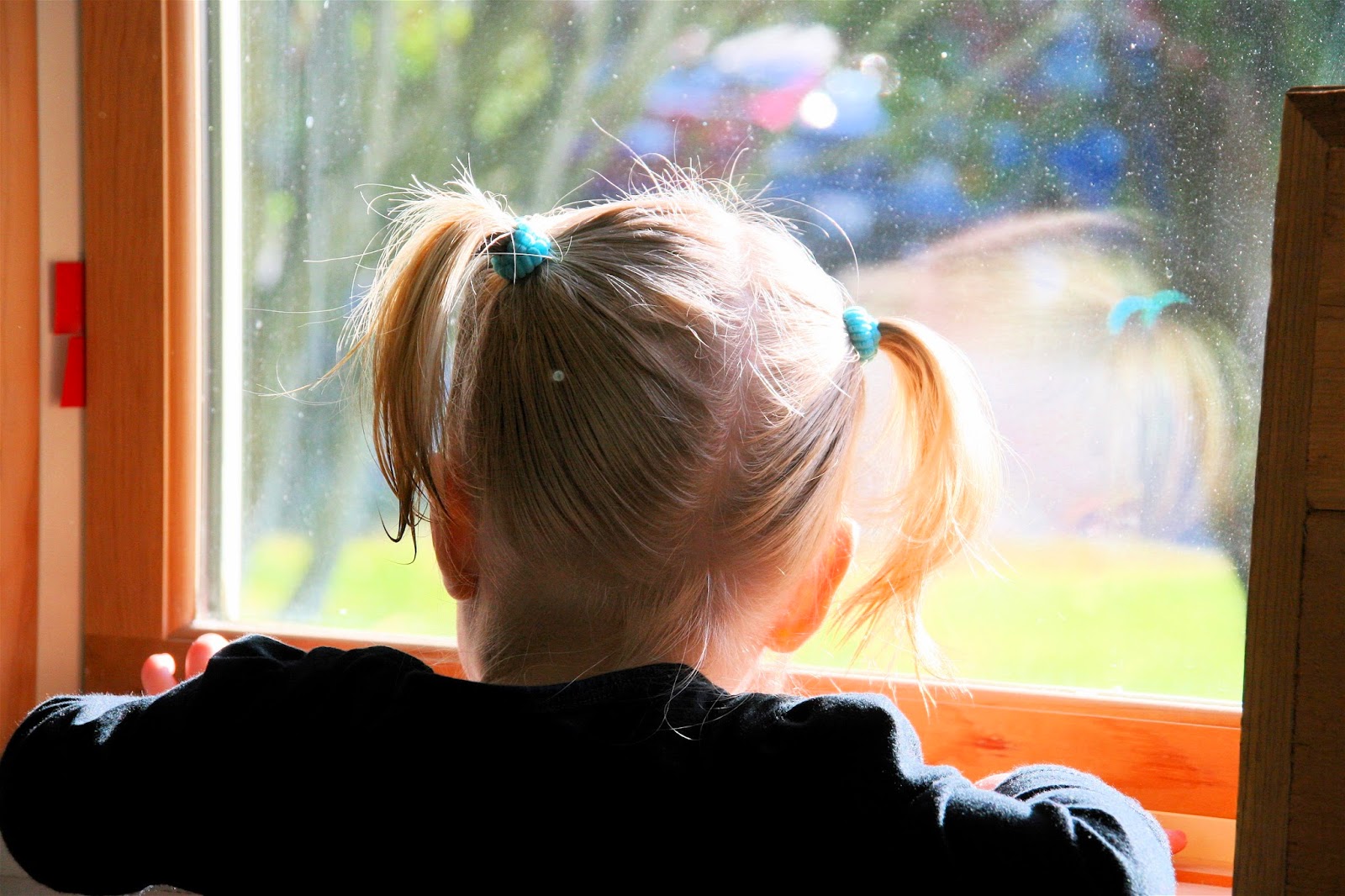 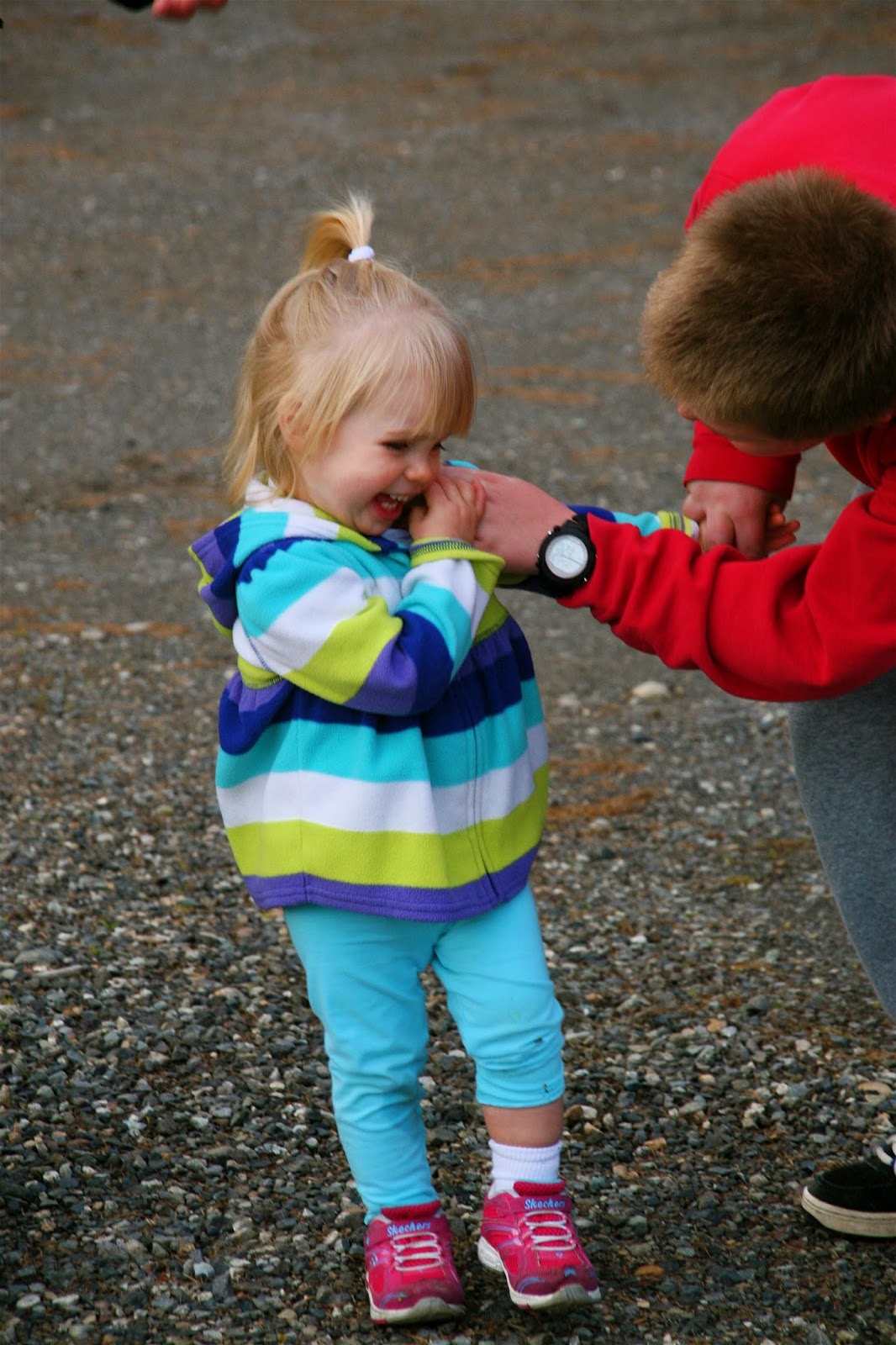 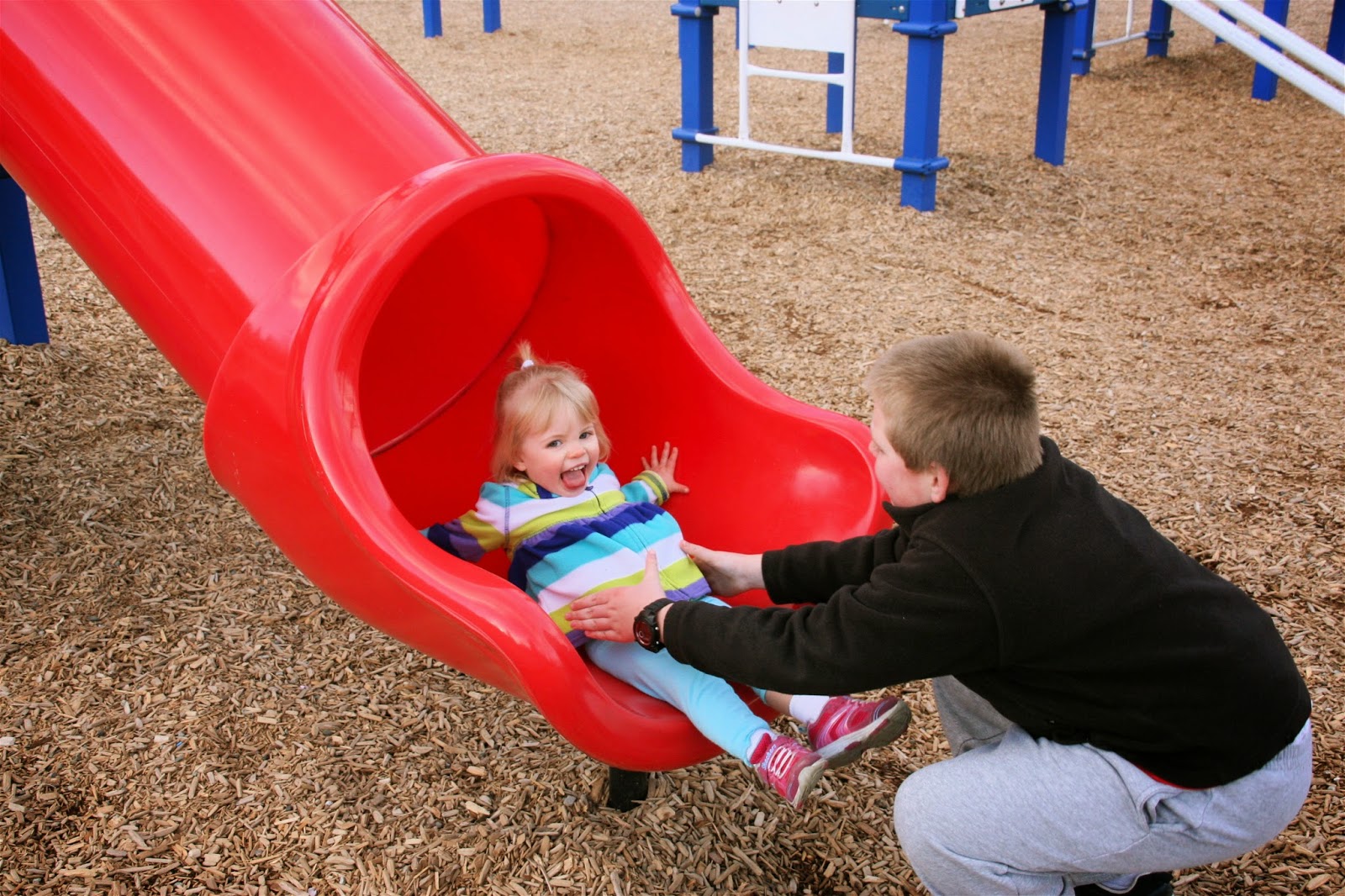 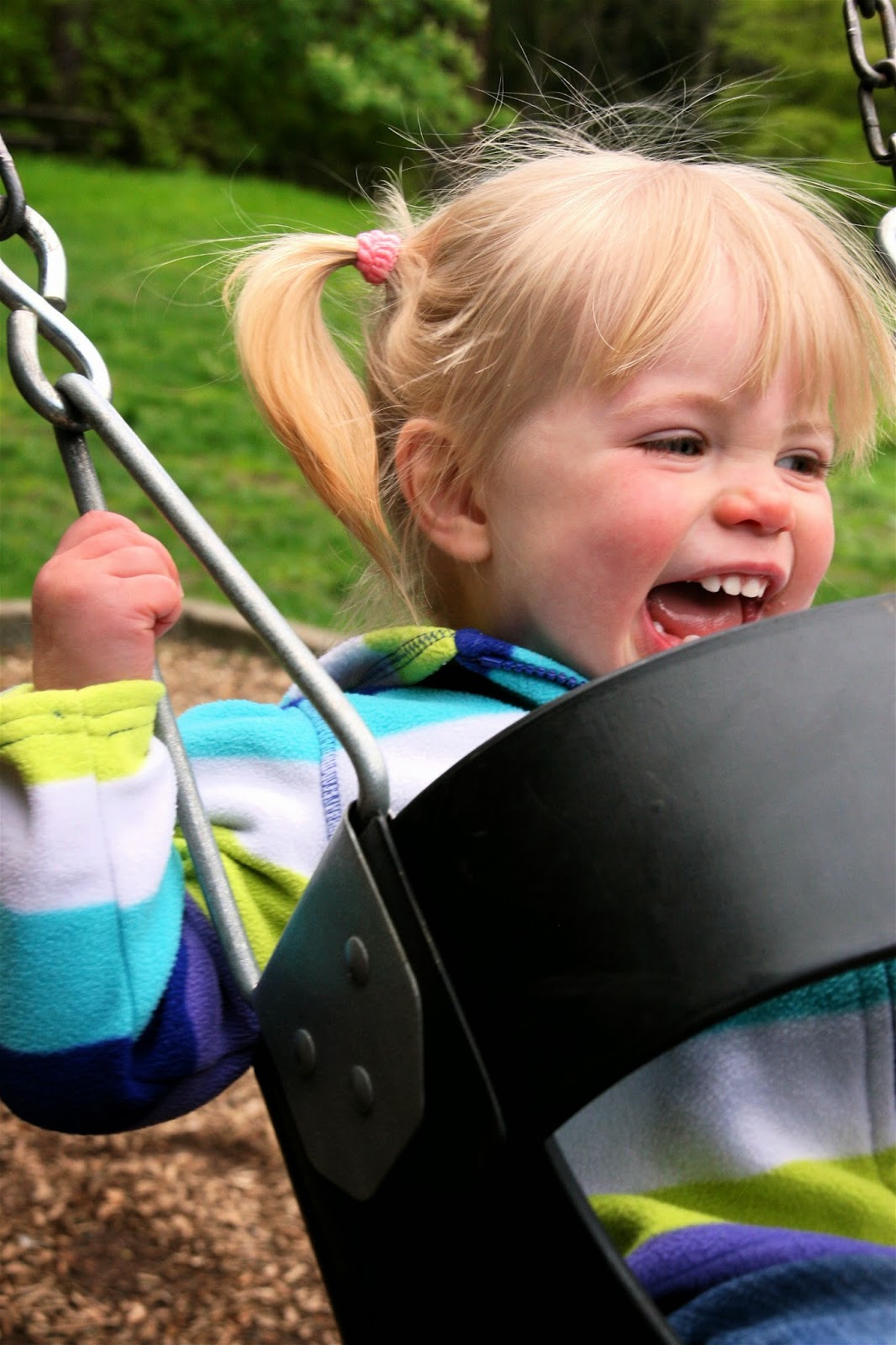 ... because somebody could swing all day long. 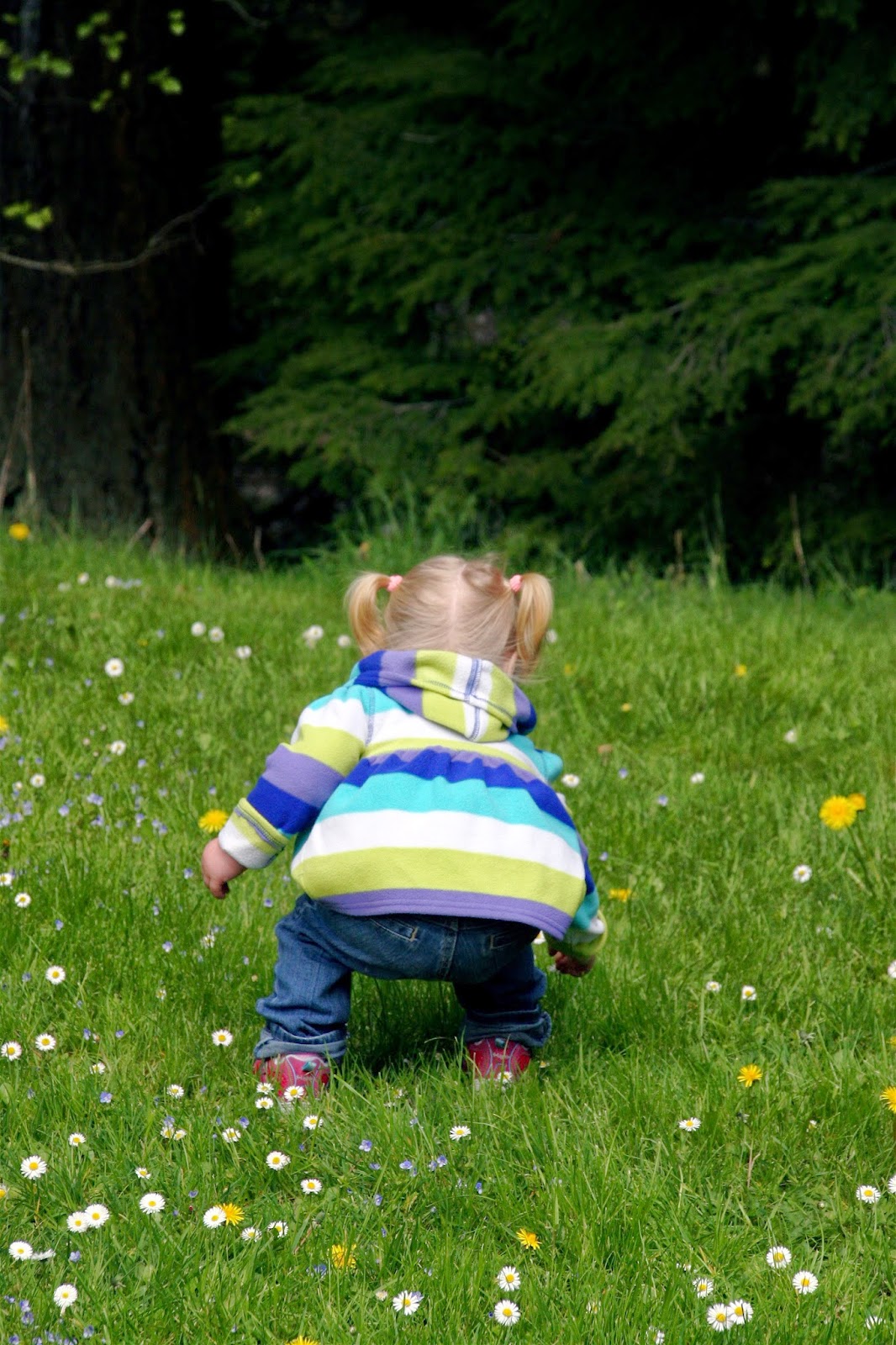 She loved to take a pile of books over to the bottom step
(a just-her-size seat) by the window and
"Read-a-book".
I'd offer to read to her, and sometimes she would accept,
but often she'd say,
" 'self." 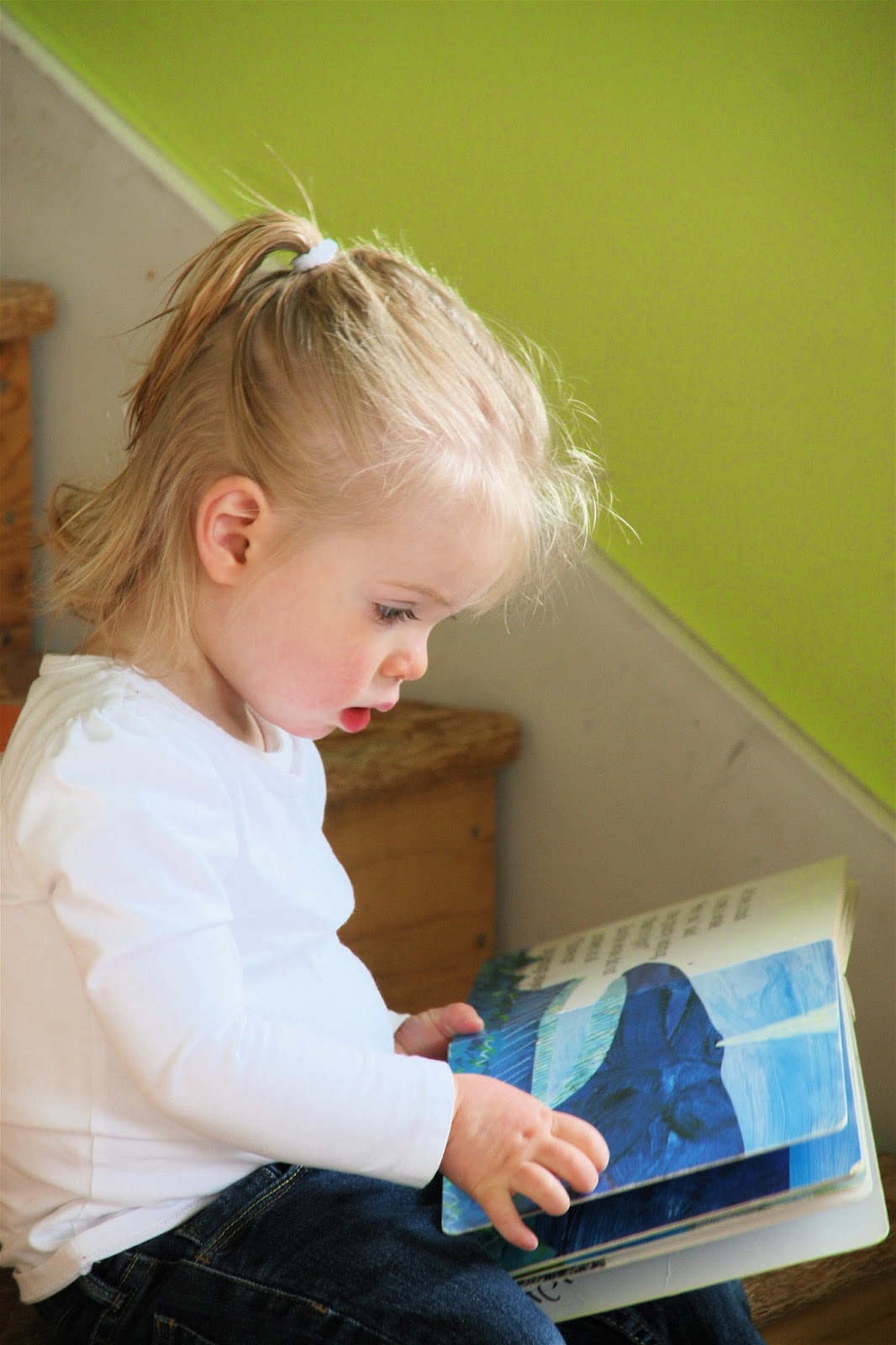 She was pretty excited about her very own little doughnut
at our favorite bakery.
Pink! With sprinkles! 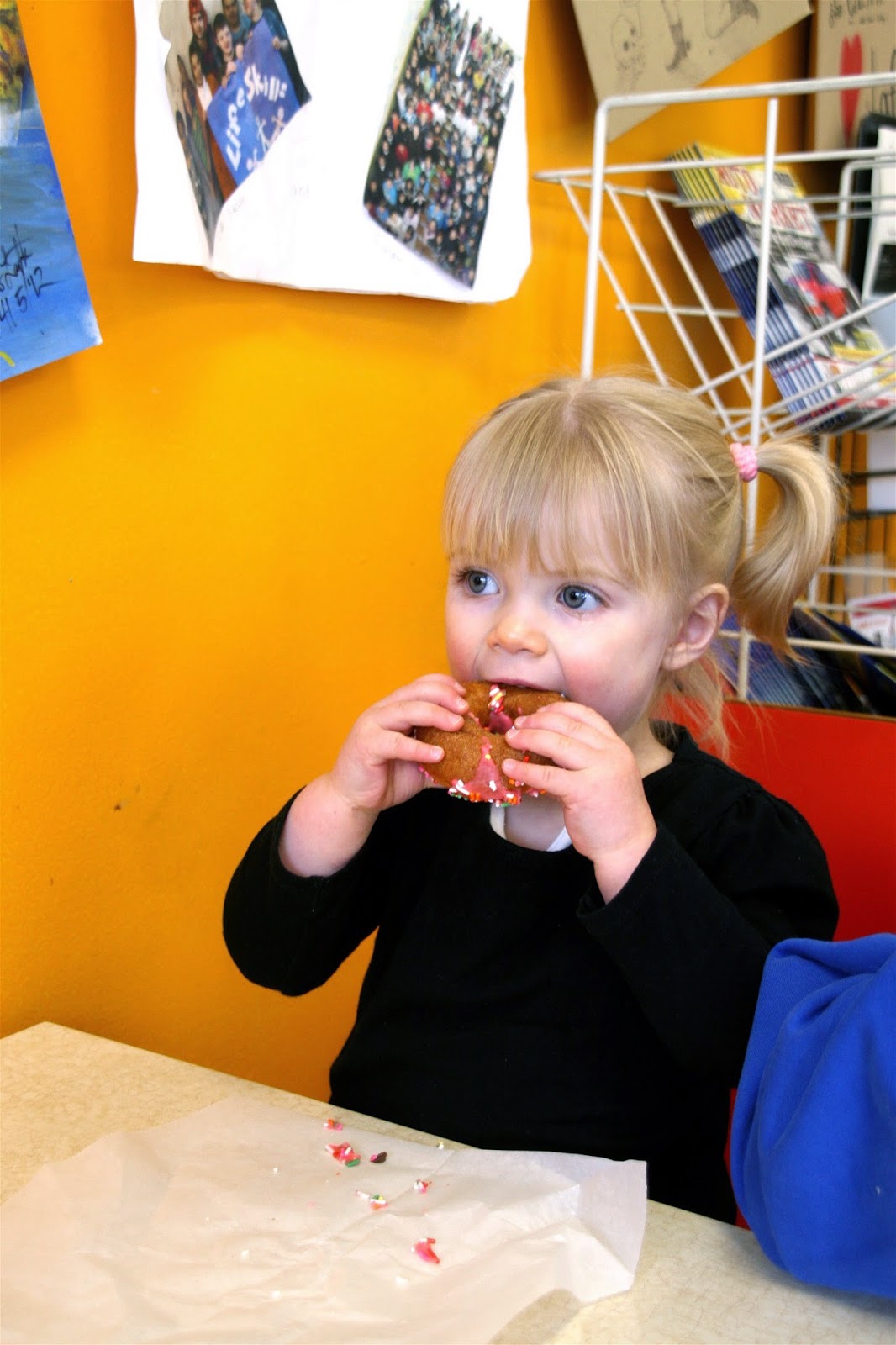 Then, yesterday it was time to watch at the window for Daddy... 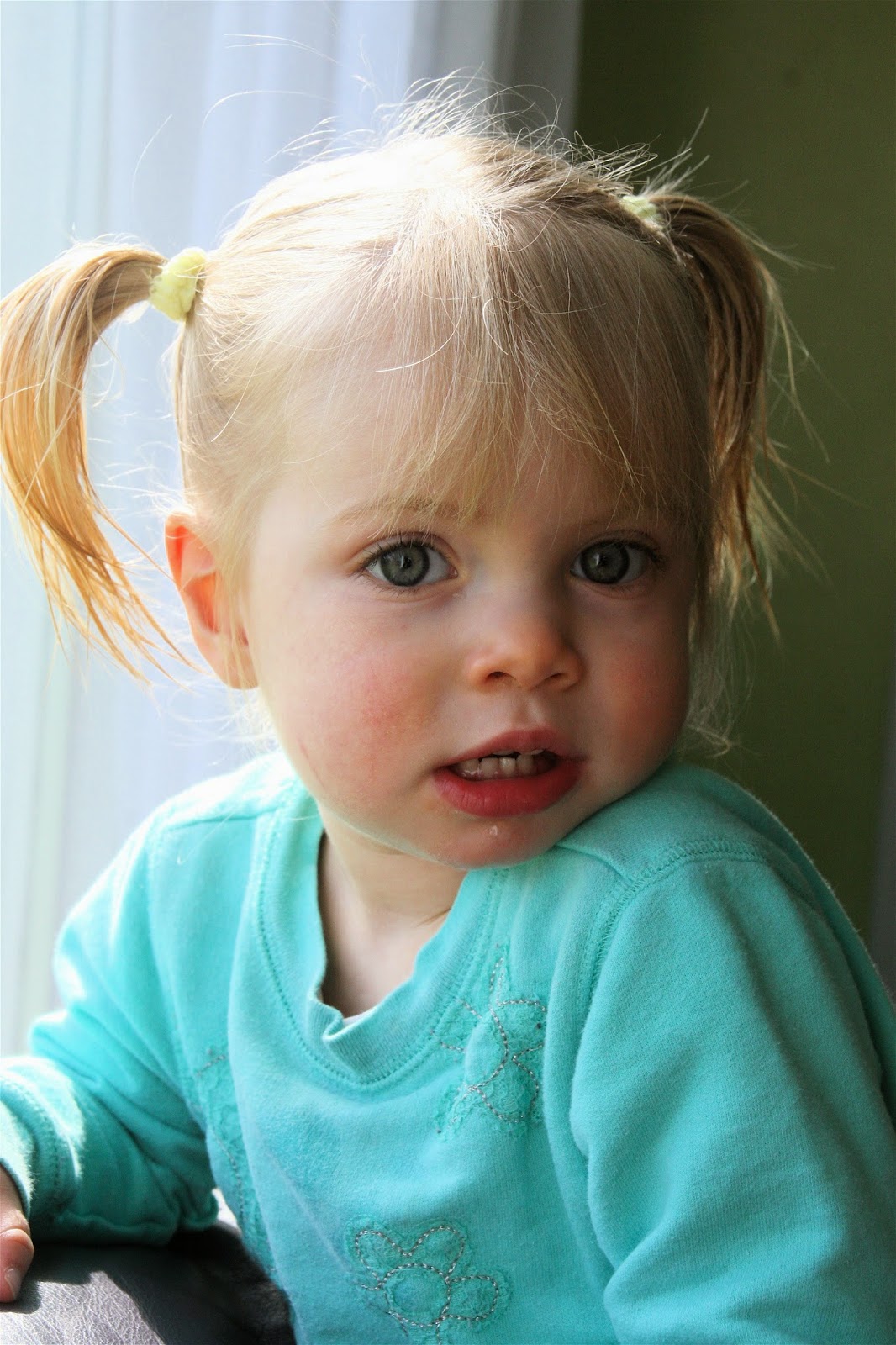 ... and what a happy reunion that was! 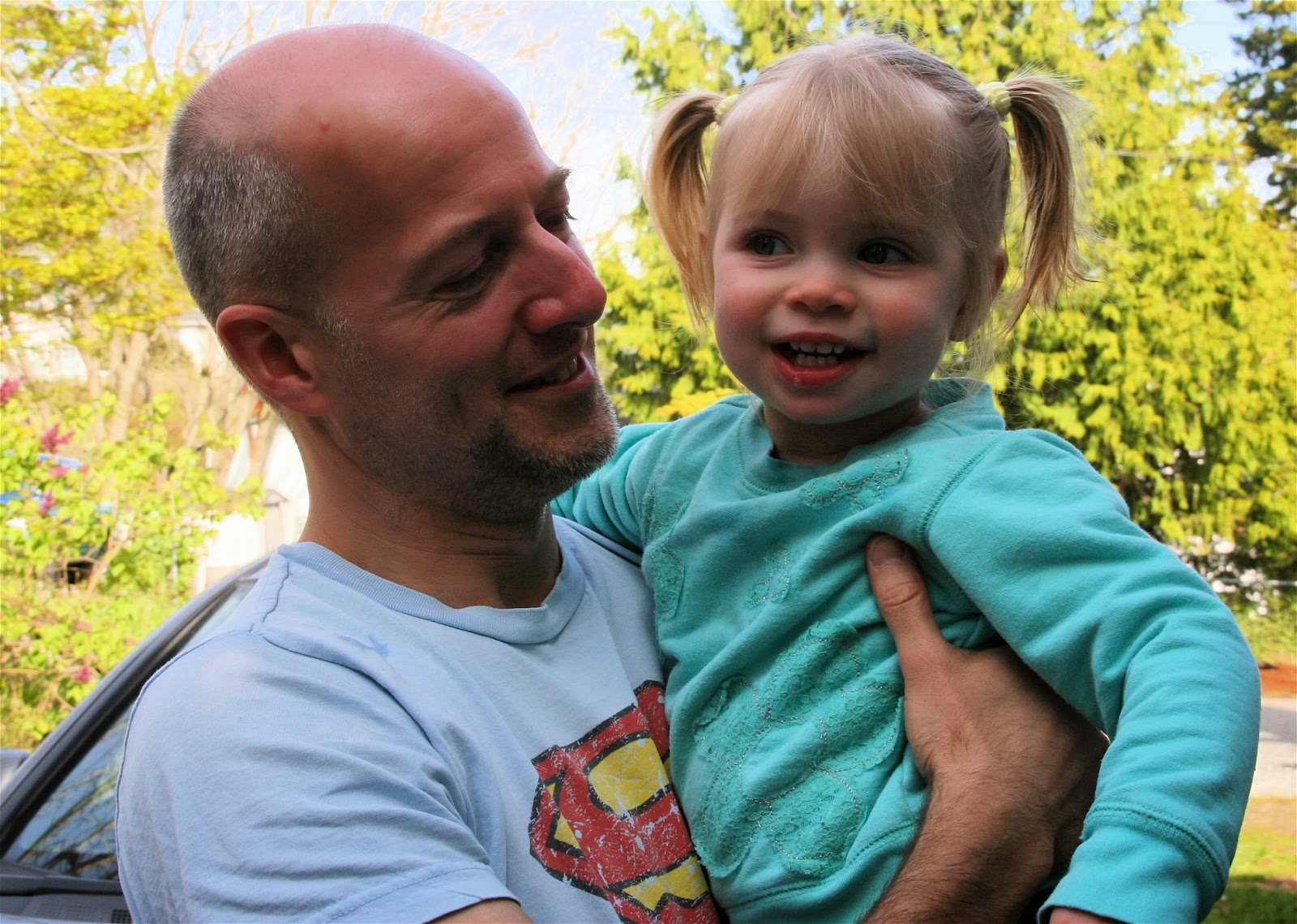 So now we're sliding back into our normal groove.
Well, as normal as things ever get around here.

And looking forward to the next visit :D 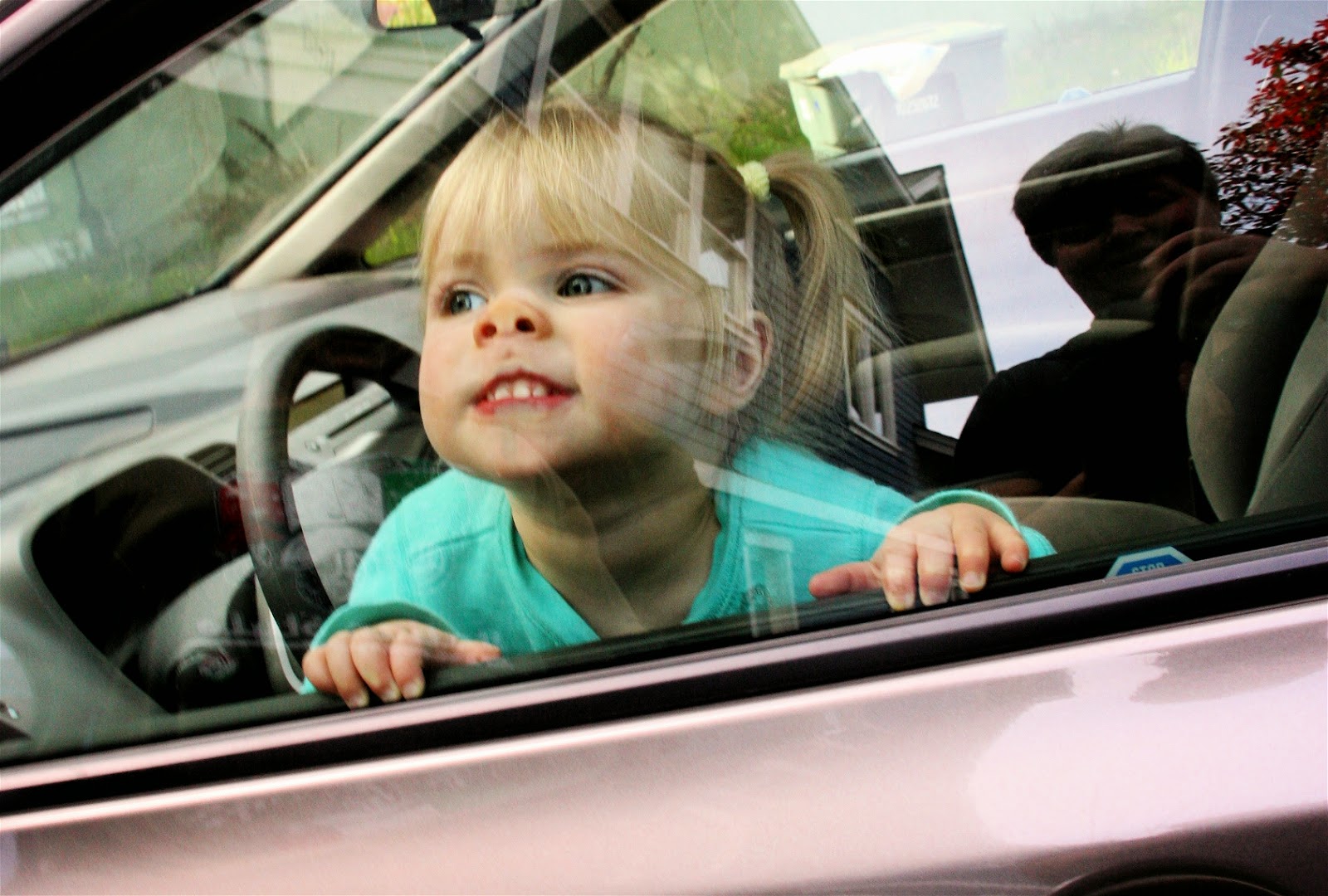 Posted by Herding Grasshoppers at 8:10 PM

I so know what you mean I had my twin nephews and niece this past weekend. Love them but I am so glad to be back to normal!

Some day someone is going to lend me a little girl to take care of. I hope. Sweet pictures. Way to go, Gunnar!

You are so blessed to have Naomi every once in a while. She looks like the sweetest little girl, but it is so nice to get back to a normal schedule. The pictures are breathtaking!

She is A.Dor.Able!!! When did she get pig tails!? So cute! I have lots of suitable damsels for Gunnar someday. ;o)

Oh my... Such fun. The picture of her and Gunnar walking killed me! It looks like a good time was had by all!

I finally got your blog to download! Love catching up and seeing the beautiful pictures of Naomi. Sweet, sweet memories :-)

Oh my gosh she is SOOOOOOOOOO cute