1.  It's Wednesday evening.  So, technically I'm more than half-way through the first week of back-to-school.  Which has not actually been grueling, but I like to pretend it is. 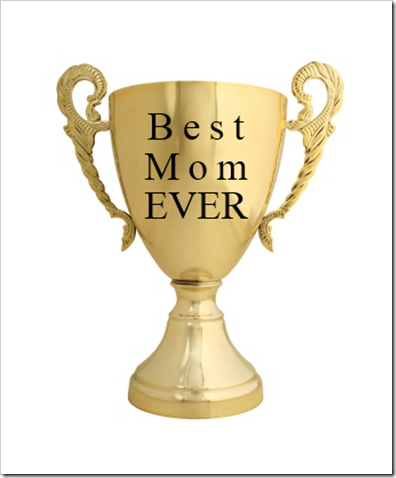 2.  Something I love:  the tandoori chicken I made on Monday, (the first day I really felt like cooking after recuperating.)  Granted, no self-respecting Indian would've considered eating it, but that's our northern European heritage coming through, I guess.

Which is to say that the word "spice" can go two ways.  We lean toward the "seasoning" side of spice, rather than the fiery.  I mean, if Kerry and I actually go out for Thai food, I'll get a 1.  He'll get a 0.  Yes, a ZERO.  I don't think his food actually has any taste at all.  But whatever.

I made tandoori chicken and everybody loved it.  Or maybe they really loved the naan bread, but they ate everything.  Except the chutney.  I'm the only one that likes the vinegary mango chutney.

Give my regards to Major Grey.

3.  Something I don't love:  coming into the house two days later and still smelling curry.

4.  Gunnar had his violin lesson yesterday.  He's moved from plucking to using the bow, which is in some ways an improvement, in others... well, you can imagine.  He's mostly enjoying it, and learning some new music.  His favorite piece this week is "Dreidel, dreidel, dreidel" which I don't think he's ever heard before.  I mean, we don't exactly sing that at church for Christmas, y'know?

5.  He's learning how to use his tuner.  Thank you Grandma Grasshopper.  And learning how NOT to use it.  Which would be over-zealously.  And breaking a string.  Which reminded me of a similar experience during my brief era of violin lessons.  All I remember is walking into the house as a ten year old and telling my parents that I needed a new G-string.  And wondering why they burst out laughing.

6.  Dora, if you're reading this, your quilt went in the mail today :D  It would've gone yesterday but when I pulled up to the post office I could see from the parking lot that the line went clear into the lobby.  I'd already used up my patience quota for the day and I hadn't even got to the grocery store yet.  Three teenage boys in a house with no milk trumped going postal.  And, well, you're not due until April so I figured another day or two wasn't going to inhibit your nesting.  Thanks for being patient.

7.  I'm going to the doctor tomorrow.  I'm kind of assuming she's going to take the stitches out, and you could say I have mixed feelings about that.  Because BOY HOWDY MY EYELIDS ARE STILL TENDER and I won't get to be asleep for this.

On the other hand, I don't know if you can see it in the photo... 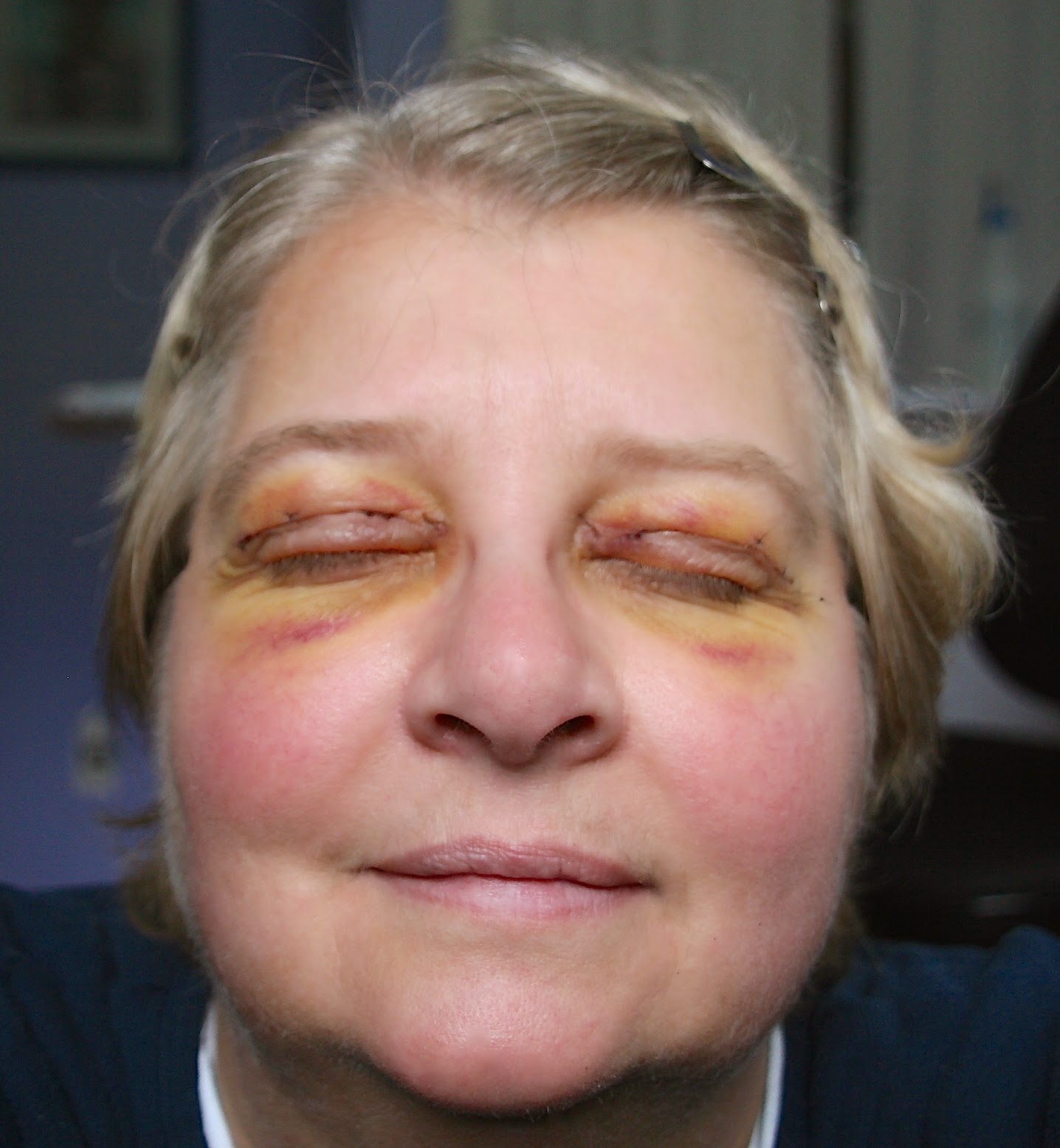 But back to the stitches, because I know you want to know...

The doc left the ends of the sutures hanging out at both ends of both eyelids,
and you know what that feels like?

It feels like little tiny bugs are crawling on my eyelids.

And you know what I'm not supposed to do?
Rub my eyes.

It reminds me of living in Australia.
Though it was pretty much too dry for mosquitoes, there were bush flies.
And those flies wanted moisture so guess what they'd go for?
Eyes, noses, mouths... ICK.
Hence the ubiquitous "Aussie Salute".
I loved Australia.
But not the flies.

9.  I don't know if it's in the news where you are...  but we've been getting a lot of rain lately.  So much rain that a waterfall that normally looks about like this... 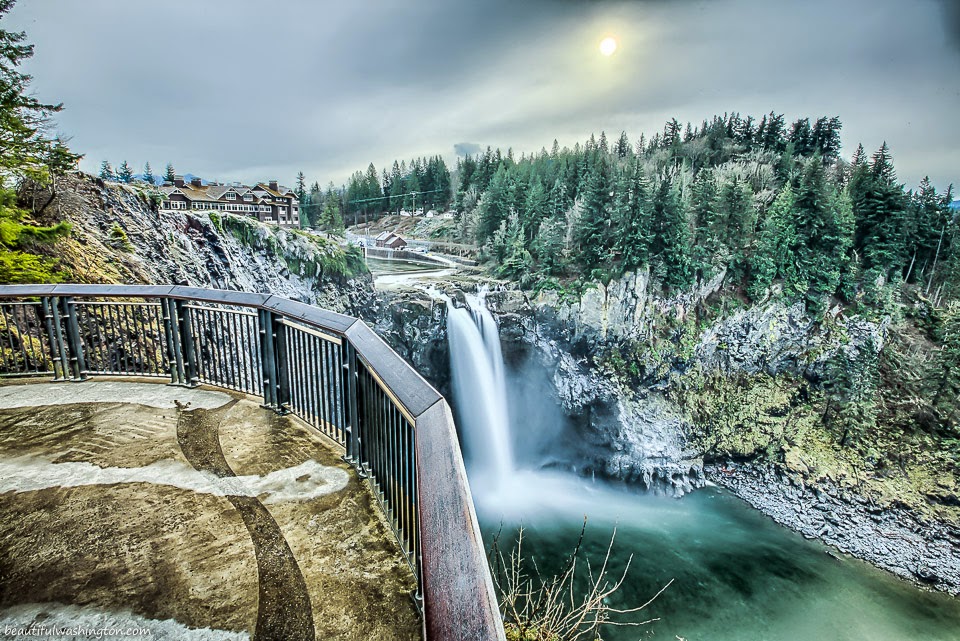 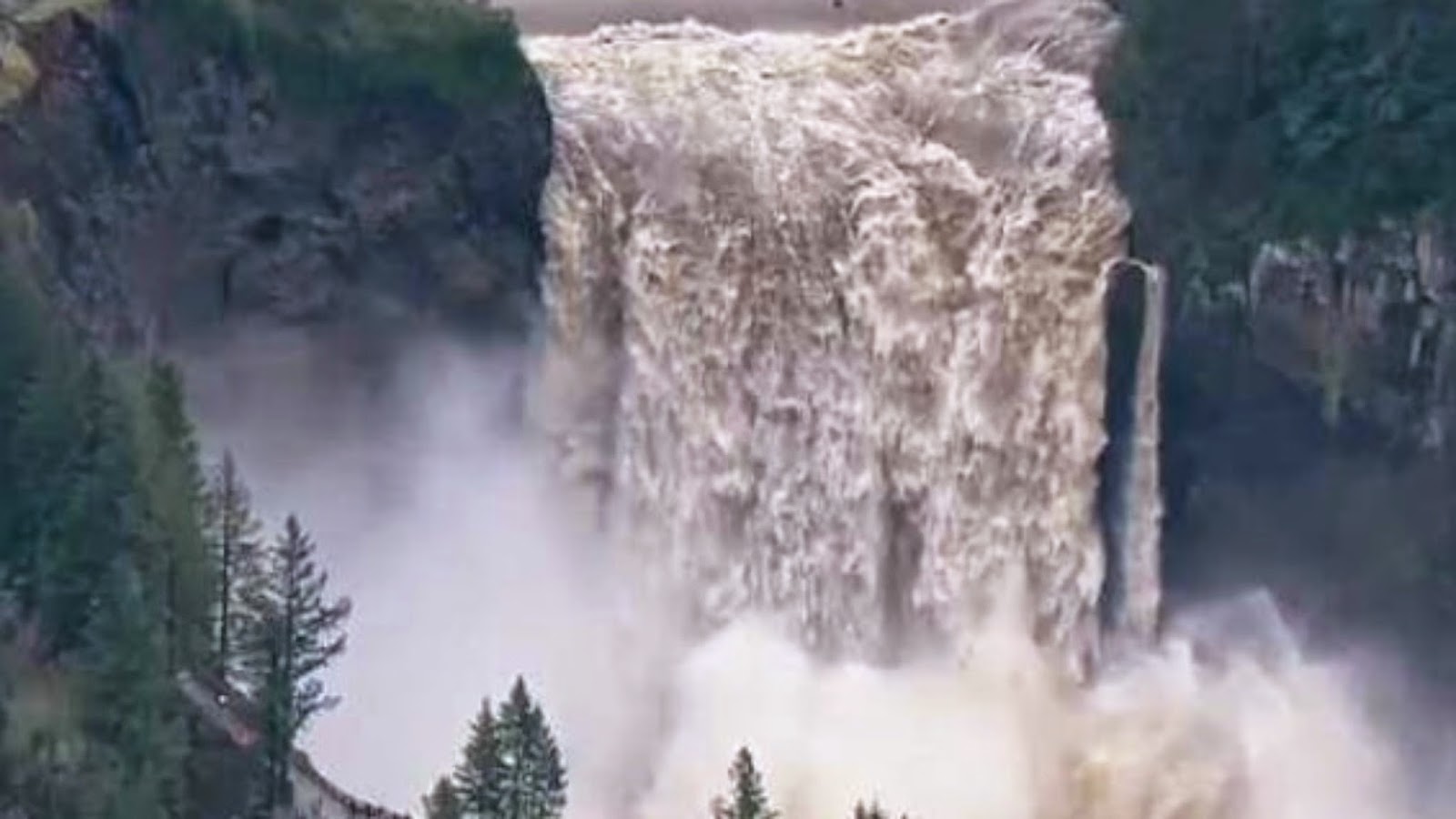 You could probably google up Snoqualmie Falls in flood and see some great video, but sure enough if I link to it, it'll be gone later.  Good luck.

But all the darkness.  Between the short hours of daylight and the thick clouds... well it's enough to drive you crazy.  We were all SO glad to get some sunshine today.  I'm enjoying bright colors in my house today. 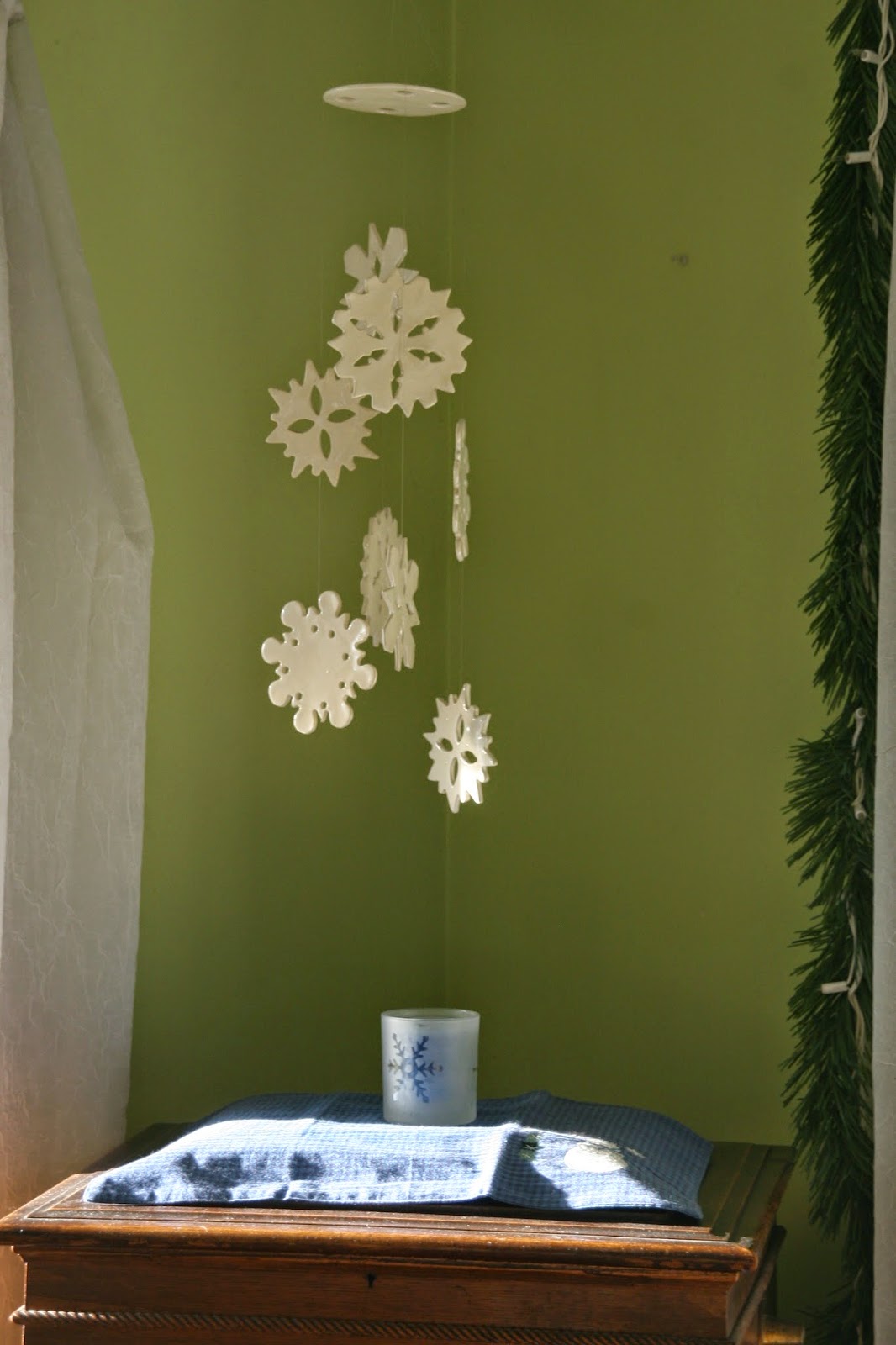 Since I finished one quilt, I've started another.
This one will be more modern... sort of.
Modern in terms of bright, modern fabric and big blocks,
only nine of them.

But traditional in the pattern - a sawtooth star in a granny square.

I got the idea from a table runner made by Heather Mulder Peterson.

And that's all I have to say about that.
Or anything else apparently.
Because it's bedtime.
Posted by Herding Grasshoppers at 9:31 PM

So glad you posted a pic of your lovely eyes! Keepin' it real :-)

OH my goodness! I don't have the stomach for peoples pains... :(
I hope your appointment goes well.
I am so excited for Tate to learn the piano. I had some lessons only about five years back but I couldn't stick with them. Oh how I wish I could have. I love the piano.
Wow, hope it lets up on the rain there soon. And the artic air can go back to the artic! I'm tired of cold! :)

My brother posted a pic of Snoqualmie on fb, so yes! I did sorta see it ;-) {He used to live in WA}

Here's hoping for an end to the tickle - and a bullet to bite for the painful part!

Oh my goodness the stitches would be driving me nuts!
I have been seeing all the reports of mud slides and always check the map to see if they are in your neck of the woods... We are caught up in the super cold snap.

Hopefully your being waited on hand and foot. If you need anything let me know.