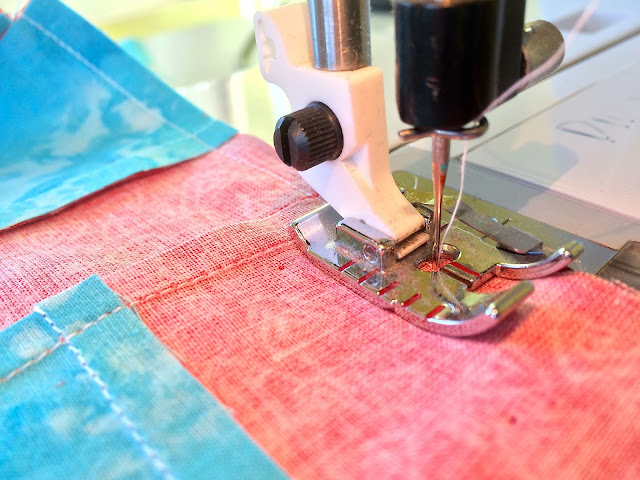 So, Gunnar and I were in the church nursery recently,
enjoying two little brothers :D 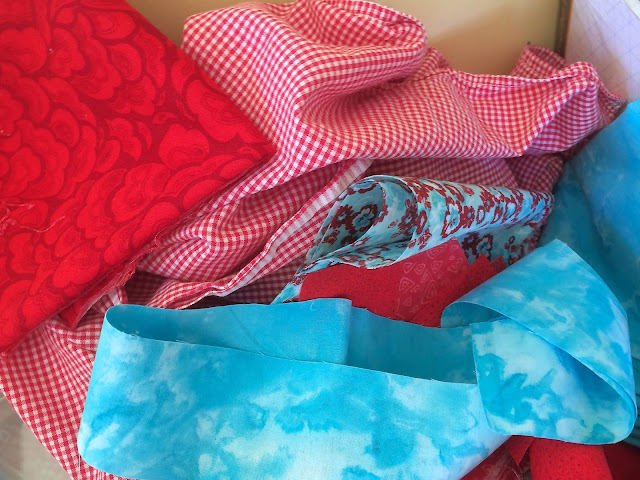 I was lamenting to my friend Jane, our pastor's wife,
that there weren't any new chapel babies on the way,
except for a couple who live in Japan and are expecting.

Their baby is due ... early March?
But we won't see them until summer. 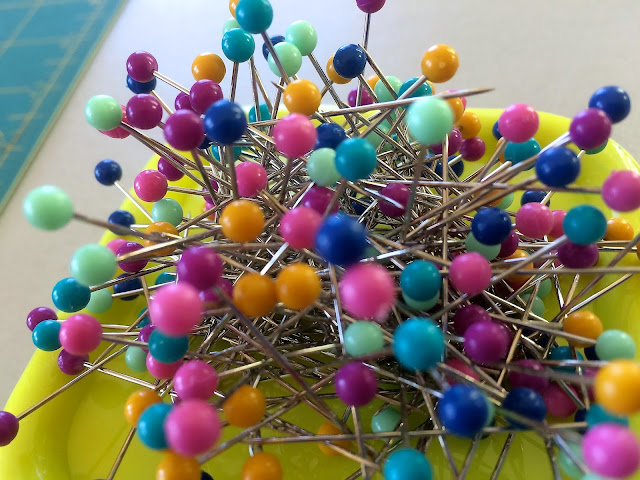 But I was wrong.

One of our young single gals is expecting... in February!

The circumstances may not be what we all would've hoped for,
but we love her and we're showering her with baby gifts,
for the little girl she's about to welcome. 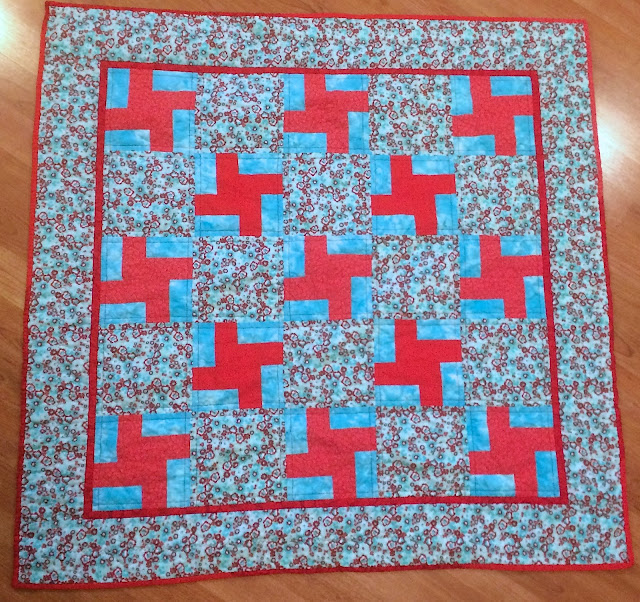 I missed her shower (same day as Wyatt's grad party)
but had a flannel receiving blanket and burp cloth already made up,
and had enough time to put this Illinois Road block quilt together,
all out of fabric I had on hand. 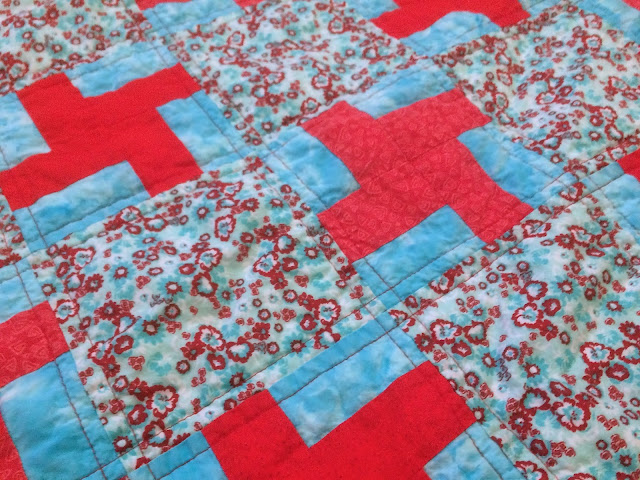 The turquoise and red floral
as well as the gingham backing
both came from Ragfinery - woo-hoo! 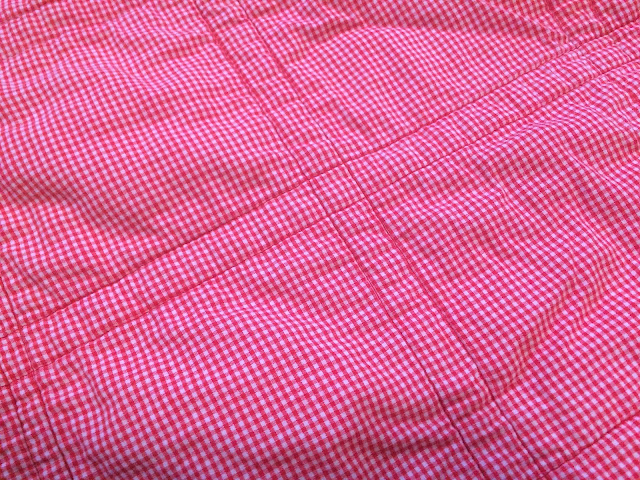 It's a simple block,
and really brings out the red -
though not quite as eye-popping as in the photo. 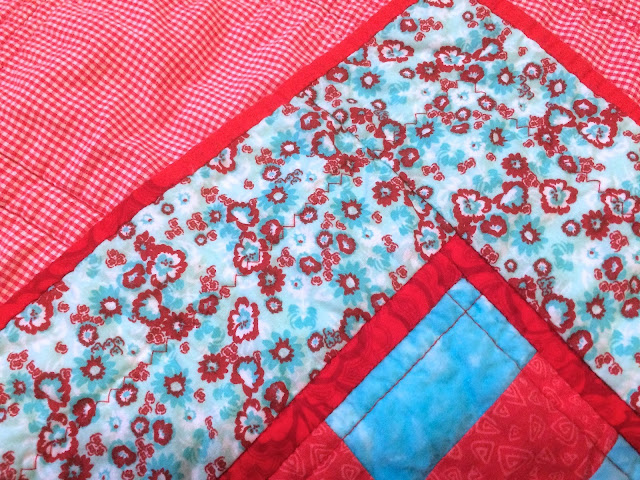 Posted by Herding Grasshoppers at 2:10 PM

That's such a cheery quilt! And it sounds like the mom-to-be could use the "showering." :)

I love how you use your creative skills to bless other people!

This is GORGEOUS!! I love red and turquoise together!

Thanks for the kind words - all of you :D I've wanted to make a red/turquoise combo for a long time!