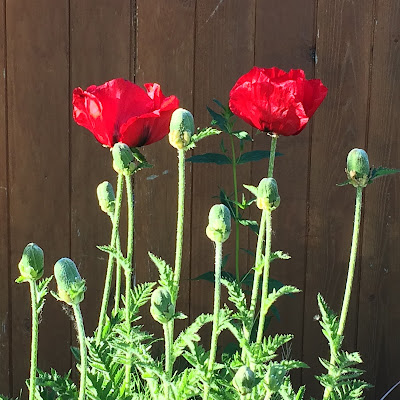 Wait, is it Friday already?  I guess with Monday being a holiday, my whole week has been kind of discombobulated!

1.  We're on summer schedule at church.  Which means no Sunday school, and people hang around a lot longer after church.  While we were waiting for the service to start, our little buddy Nate was playing peek-a-boo with Gunnar :D 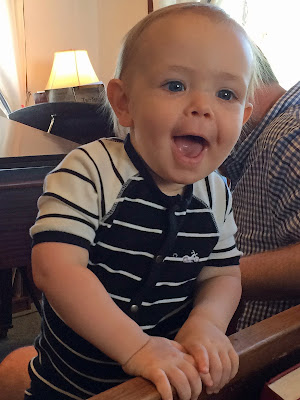 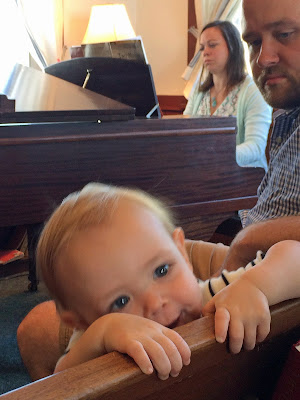 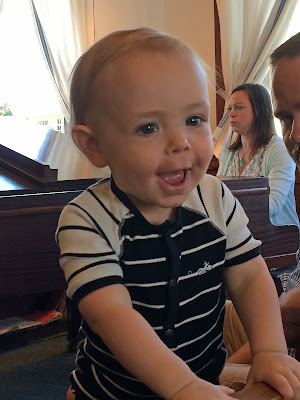 I love how he almost hides behind the pew.  That's his mom playing the piano, and his dad keeping an eye on him.  Cuteness overload :D


2.  Monday, Memorial Day, Tate and Gunnar and their Civil Air Patrol Squadron volunteered at the Festival of Flags, a local Memorial Day observance. 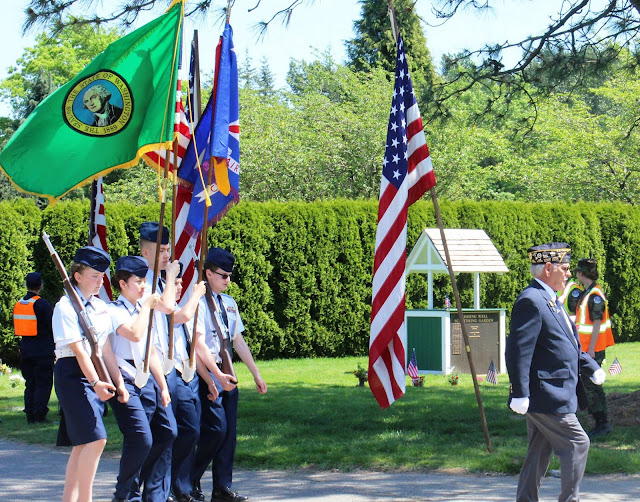 Nearly 2000 flags have been donated in memory of local veterans, and I believe the cemetery offers free space for veteran burial. 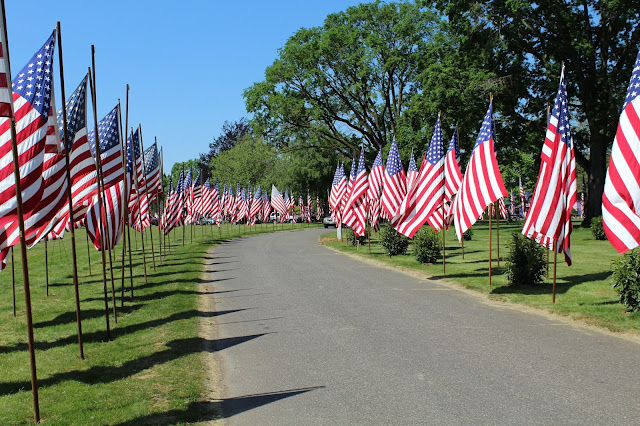 Besides helping with set-up and take-down and providing the Honor Guard, the CAP cadets mostly handle.... 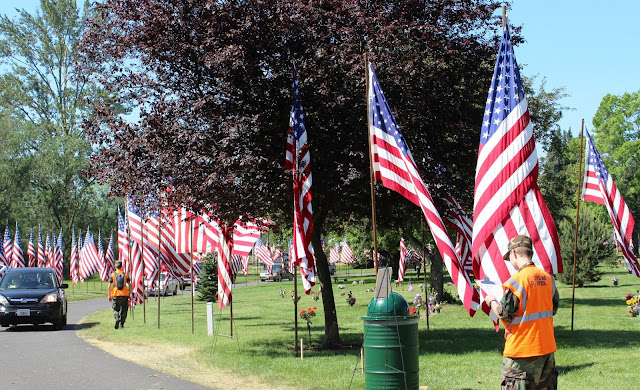 ... parking.  I believe that's Gunnar, on the right, in the photo above. 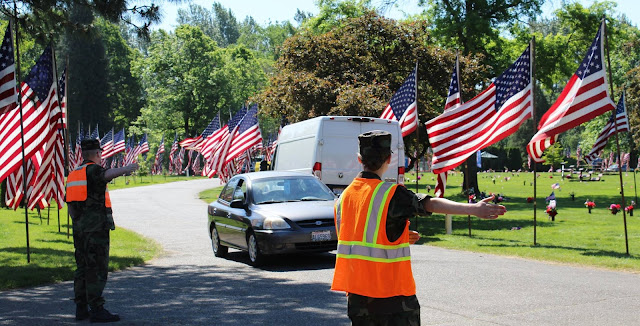 It's not glamorous, or particularly fun.  (Some cemetery visitors are used to parking where they ALWAYS park when they visit on non-busy days!)  But the cadets willing give 8+ hours of their day to show honor and respect. 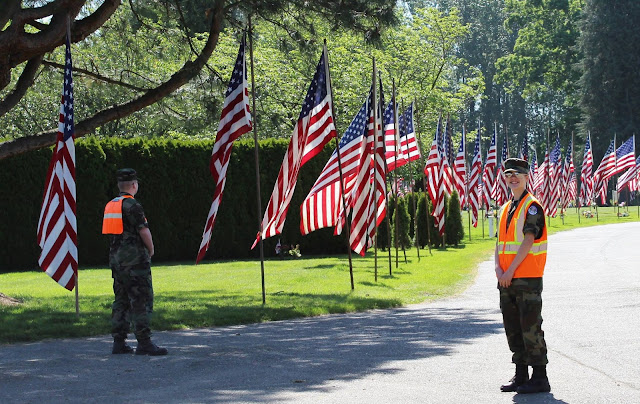 3.  TWO MORE WEEKS OF SCHOOL.  Not that I'm counting or anything.

The bunny has absolutely nothing to do with that.  But I was out for a walk, and he was cute. 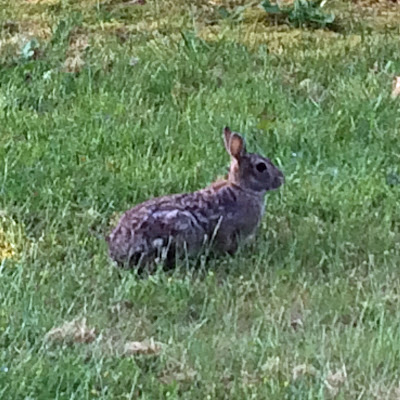 And a little concerned.  Because he wanted to run away from me and was blocked by a fence in one direction, and could hear a dog barking in another...

4.  Wyatt got a new job, and we're so happy.  He's learning all about furnaces and ductwork.  And probably lots more, but it's only Day 3.  He probably loves the fact that he doesn't start until 9 (rather than his previous job... 7am!) and that it's only about a 3 mile commute - sweet :D

5.  Love these flowers.  I guess they're a kind of bachelor button - different than the ones I've grown. 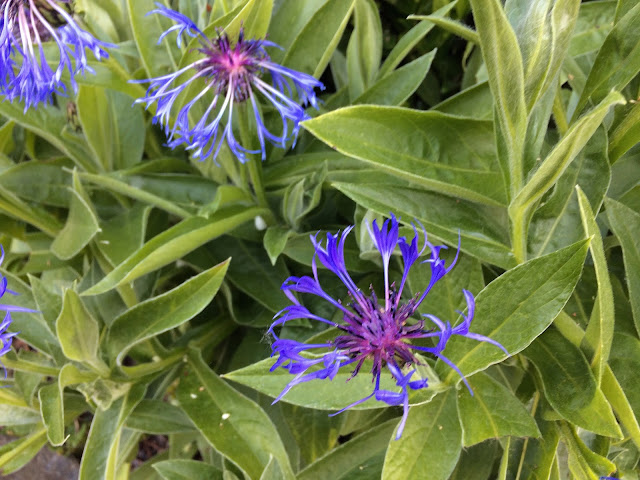 They seem to come back, year after year... 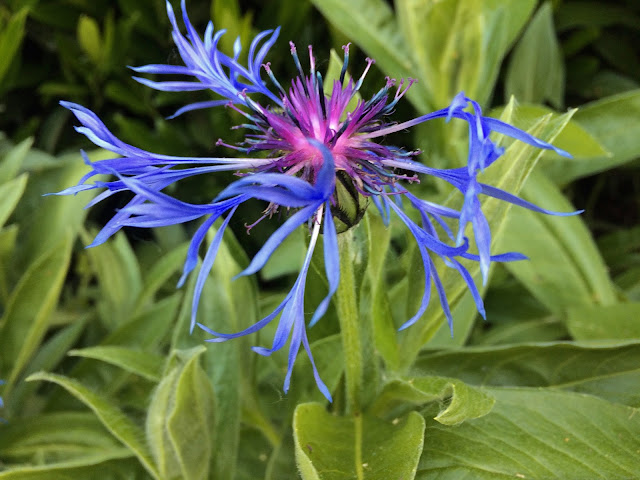 ... and they smell like peaches!  I want some :D  Apparently they're Centaurea Montana. 6.  Tate has a job interview this afternoon.  The grocery store has been SO good to him - working around his school schedule and his needs, so he kind of hates to quit there.  But he's interviewing for a FT summer job that would also count as an internship for his college program - at the Wastewater Treatment Plant.  However, Gunnar is interested in applying at the grocery store, so maybe he can rotate into Tate's spot ;D 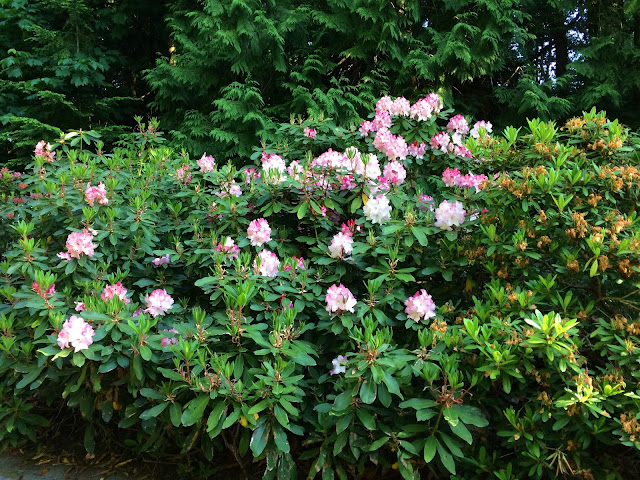 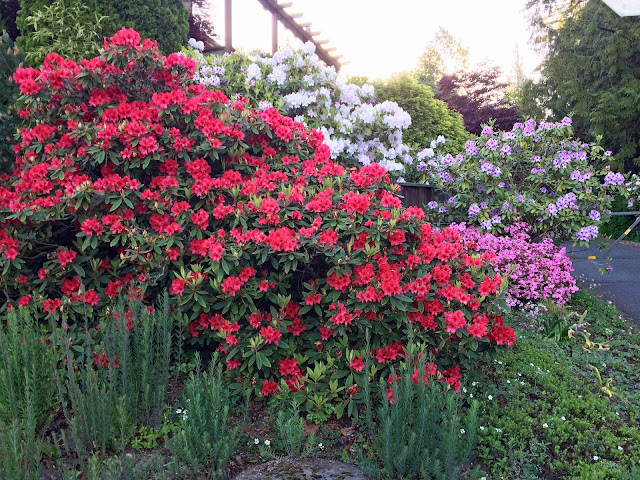 7.  Gunnar leaves this afternoon for a weekend of sailing on the Zodiac!  The boys' high school offers this opportunity, and both his brothers have gone...  don't think Wyatt took a camera, but Tate's trip is HERE. 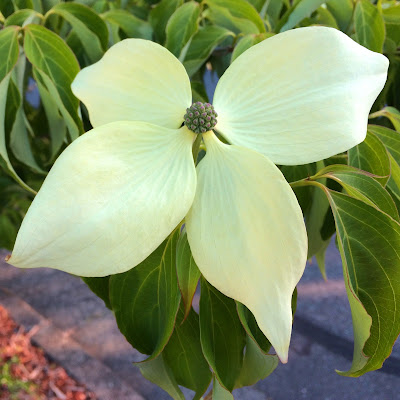 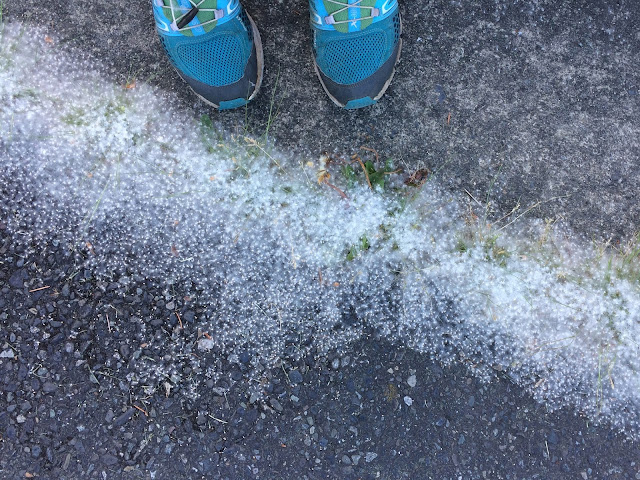 9.  And time to pick up Gunnar from school so he can finish his homework and PACK! 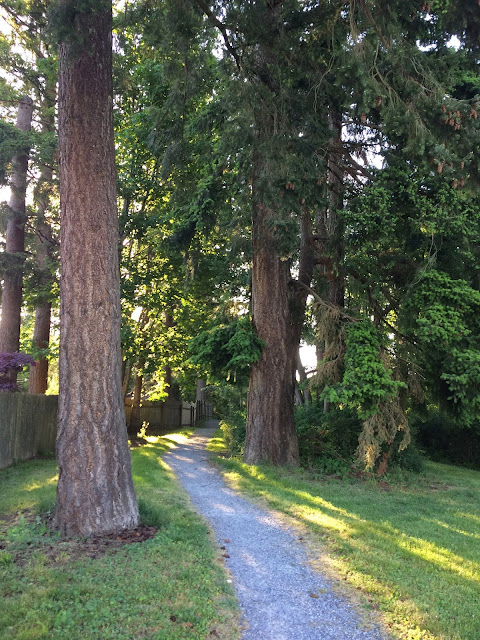 10.  I think summer came last weekend.  Temps in the 80s all the sudden.  My Viking genes were in shock, and I was quite glad to get up early for a walk in the cool of the morning! 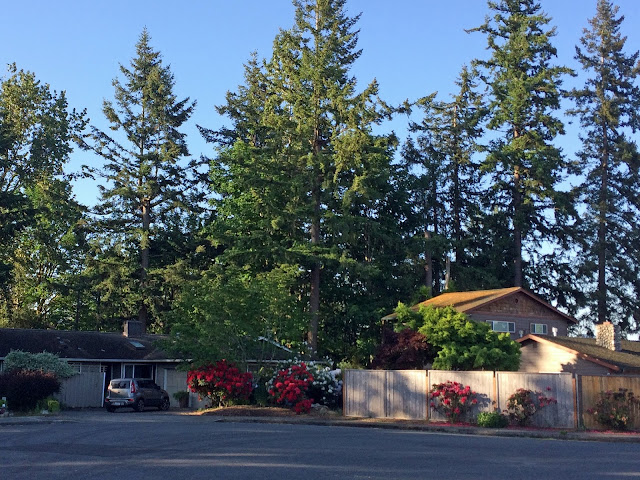 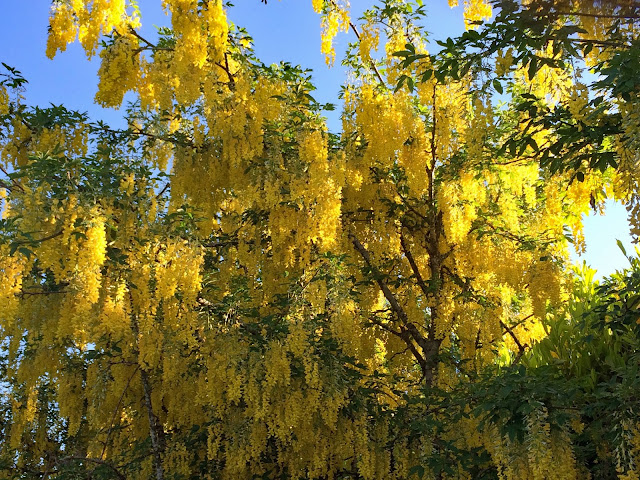 Posted by Herding Grasshoppers at 10:35 AM

Nice post! Congrats to Wyatt - I know it was a long struggle to find something suitable.

Speaking of warm weather - around here, with our long winters and all, folks get so excited to see the sunshine. I was cracking up to see this leathery old dude riding his mower with no shirt on when we hit 60 degrees. I don't know if he's a snowbird (we have a lot of them) but he definitely had the look of someone who'd been basking in the sun.

YES! It always cracks me up. The first sunny day and people are out in shorts, tank-tops... and goosebumps! Sunny today, but down in the 40s when I got up for my exercise class - brrrr!

I'm soaking up the pictures. And, that adorable little boy - oh my goodness! He made me laugh!

I had to laugh about your Viking genes being in shock!