I've been doing a few quilting projects lately, because - HELLO - it feels like
January 103rd.
I keep thinking I should probably take the flannel sheets off the bed, but then... NOPE.
Low 40s, windy, and about to rain.
Yesterday? Fresh snow in the hills around the lake.  No kidding.

But in happier news, another Chapel baby... another quilt :D 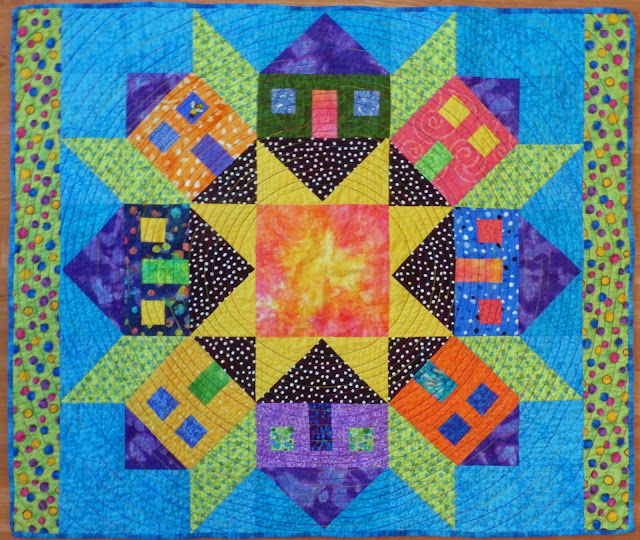 A few years ago a "new" quilt block swept the quilting interwebs.
Like so many quilt blocks, it goes by more than one name...
Dutch Rose, Carpenter's Wheel, and now - reborn - as Swoon. 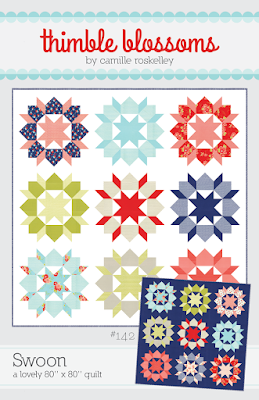 Pretty, but SO MANY PIECES for each block.

Then I saw that somebody had the idea of just making it big - a one-block quilt. 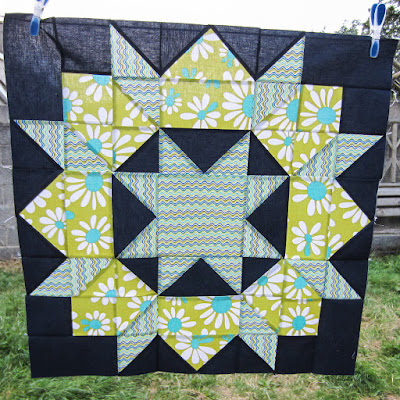 That seemed much more do-able.

And it seemed so much more fun to make some of the blocks into little houses... 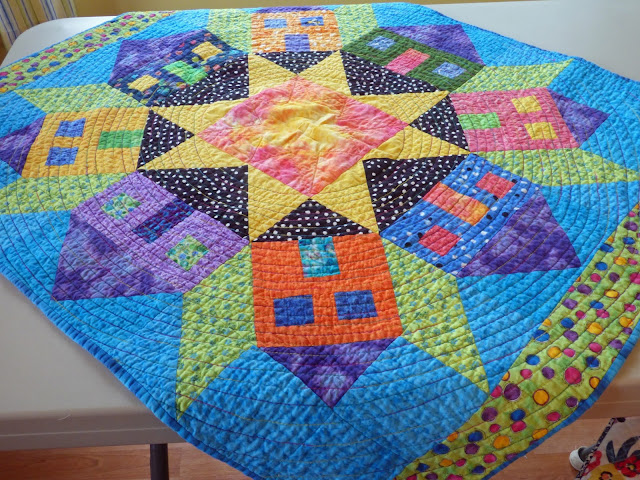 Which made the Swoon block into Swoon houses...
a whole happy neighborhood of them.

It's a Swoon block party. ;D 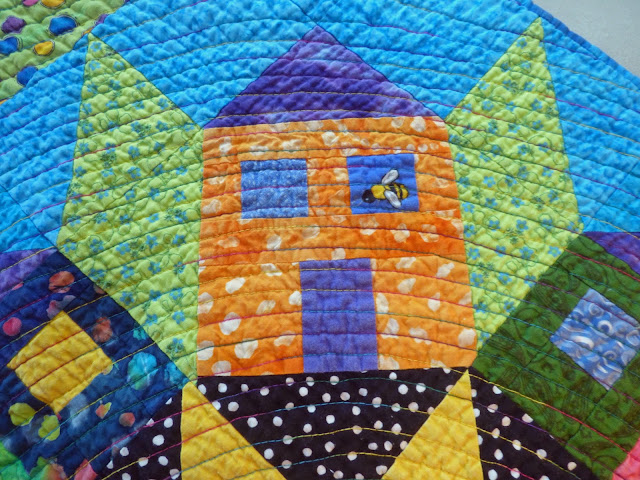 The orange house is my favorite,
all because of that bee in the window. 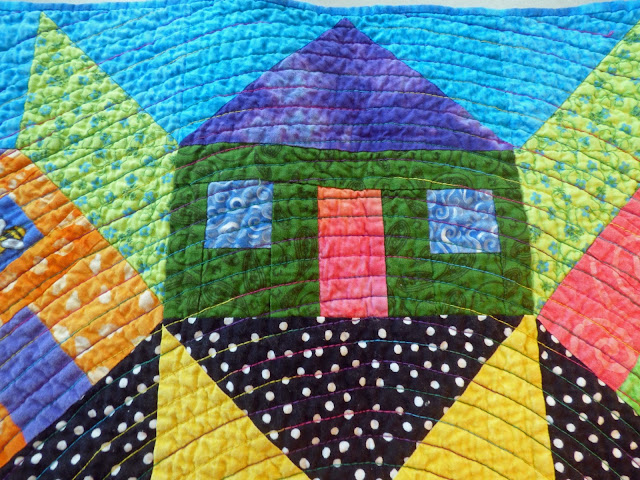 It's a colorful neighborhood! 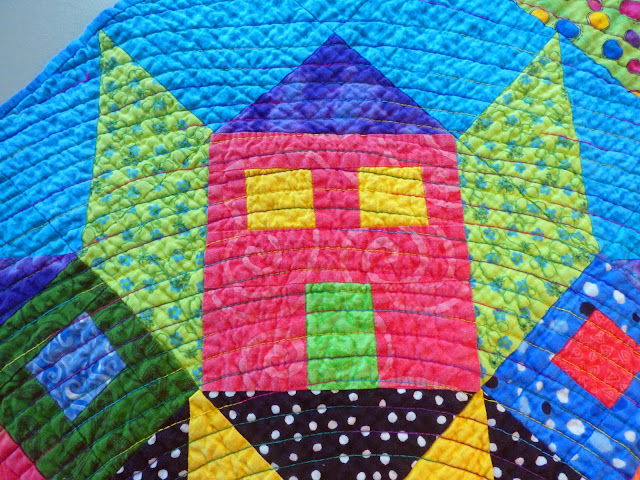 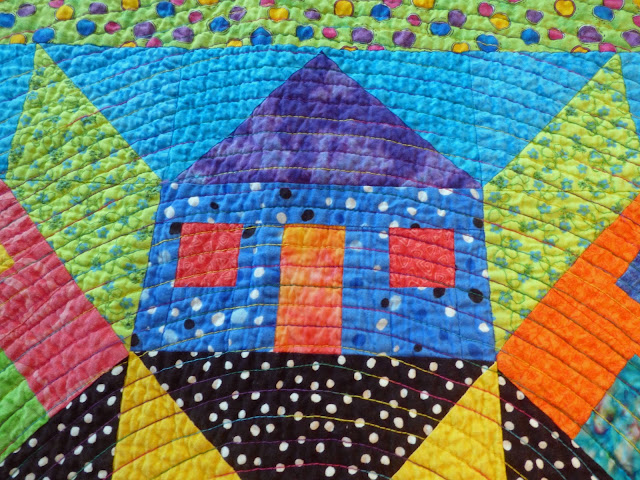 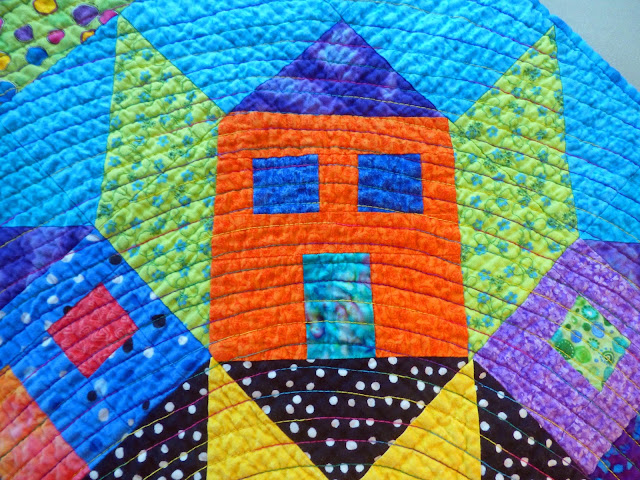 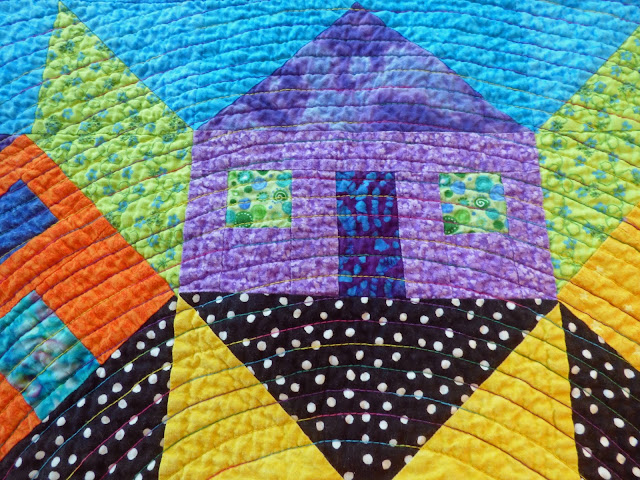 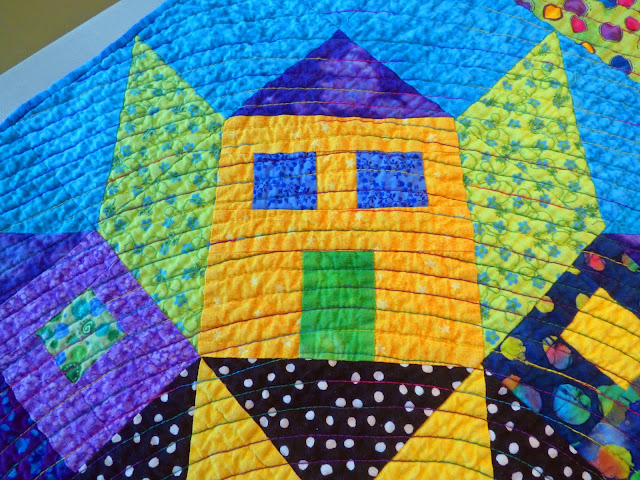 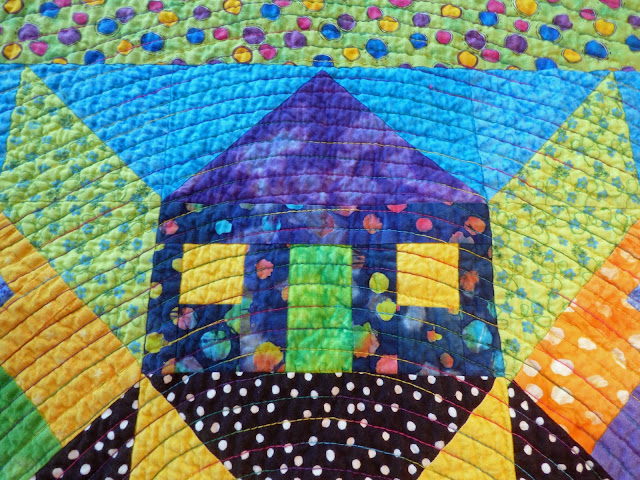 Piecing all those houses took more time than I thought, especially because after cutting ALL the pieces and starting the first house, my sewing machine went on strike and had to go to the repairman.  Arrrrgh.  He got it all fixied, and I was on a roll.  The houses came together as I had hoped, and the rest of the piecing went pretty smoothly.

Then, apparently, I lost my mind.

After quilting a star inside the block inside the star (on the front), I thought it would be so cool to quilt a huge spiral on the rest of the quilt.  Which took a long time multiplied by forever.

But it does look kind of cool. 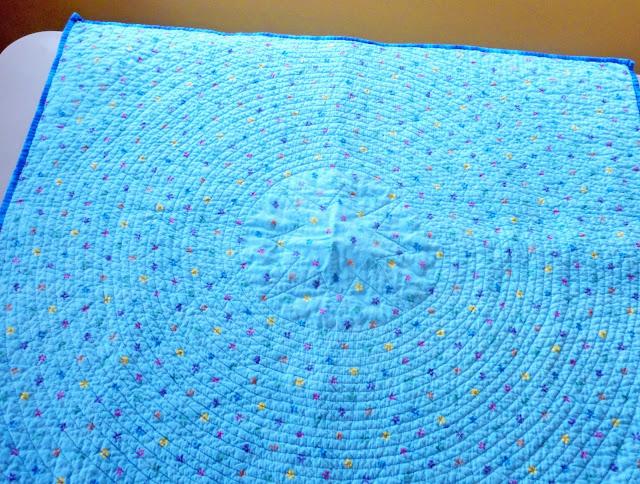 What drove me to the Cliffs of Insanity is that I had an old spool of variegated thread I thought would look good. But the thread was absolute CRAP.  It kept breaking.  The thought of picking out what I'd already done and starting over with new (better!) thread did occur to me, but... just, no. No, no, no.  I'd rather go forward than back.

I have no idea what made the blurry, spinny effect on this last photo, but it accurately represents how I was feeling by the time I finished! 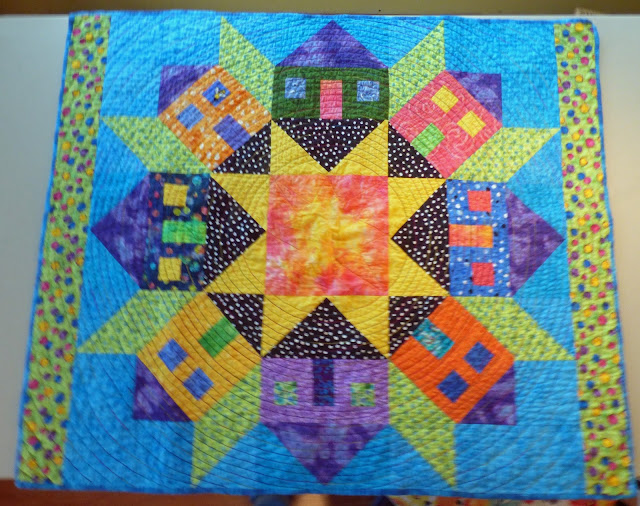 Posted by Herding Grasshoppers at 6:50 AM

What a fun idea to insert houses into your Swoon block!! LOVE that spiral quilting. Totally worth it!!

I can tell you why you have no 'comments'. People have forgotten that you 'used' to blog. I had no idea you had started again until your Facebook had a link. Oh dear, not I have to keep up with FB AND a blog????????

Thank you! Frustrating at the time, but I'm glad I did it :D

Great idea to do the houses and the spiral quilting. Looks like your nieighbood is going around and around. Too cool!

This turned out super cute!

What a wonderful idea. I love the houses, the colors and especially the bee!

I’m another one who was perplexed by the new name for the traditional block, but my word, you have made it your own!!! One of the best Swoon quilts I’ve seen!