We have a tree by the driveway.  It's kind of huge, and overhangs the driveway.  On this stormy fall day it seemed to glow, like a mallorn (for you LOTR fans), but I have no idea what it really is... 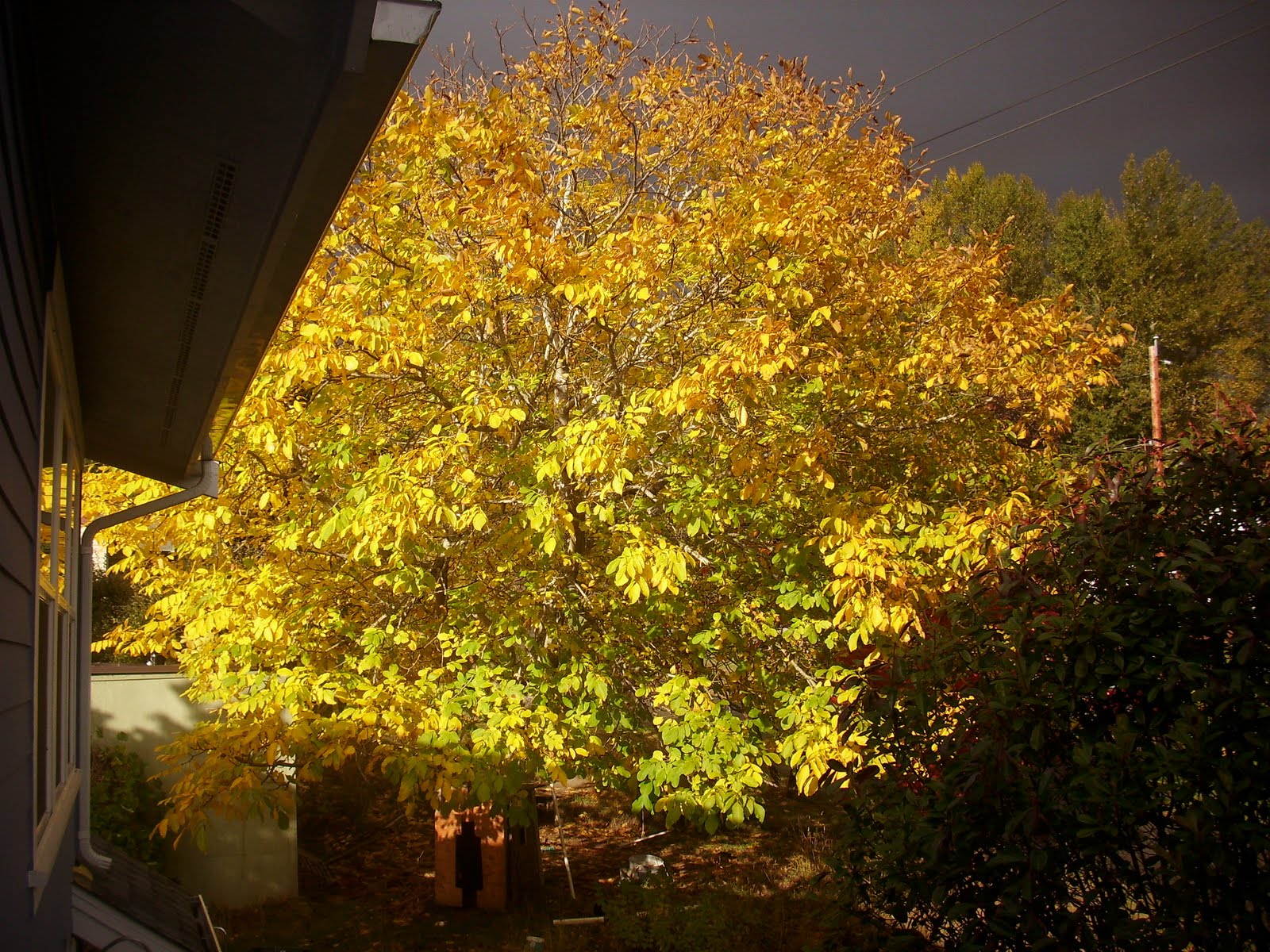 ... except beautiful in the fall, especially next to the maple. 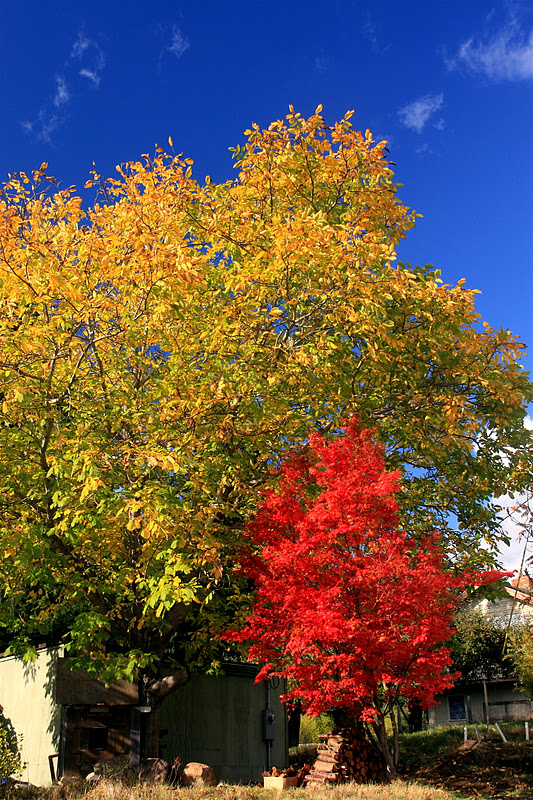 But I've noticed it's been weeping a lot lately, which finally hit my radar firmly enough to make me curious about where it was weeping from. 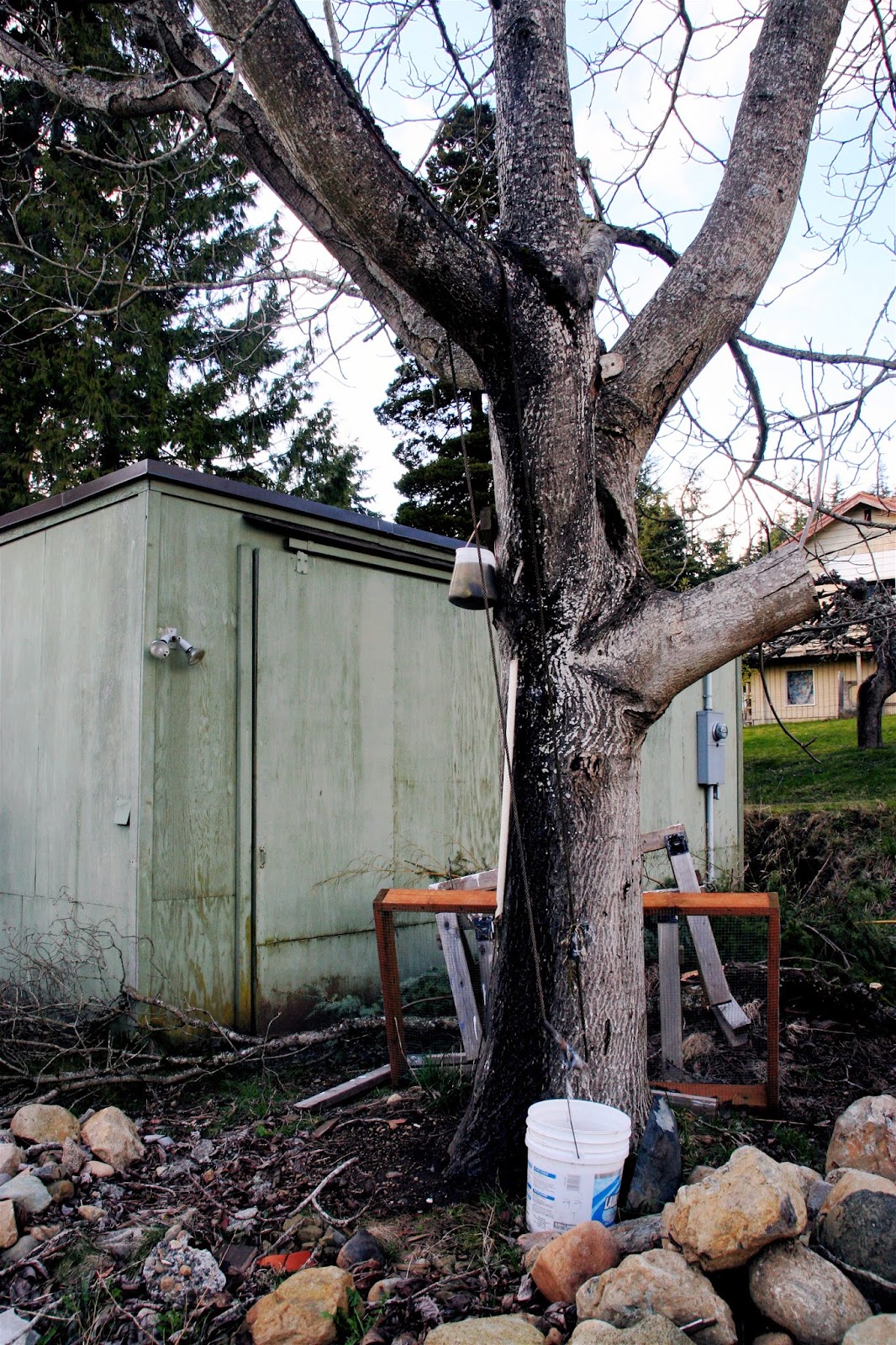 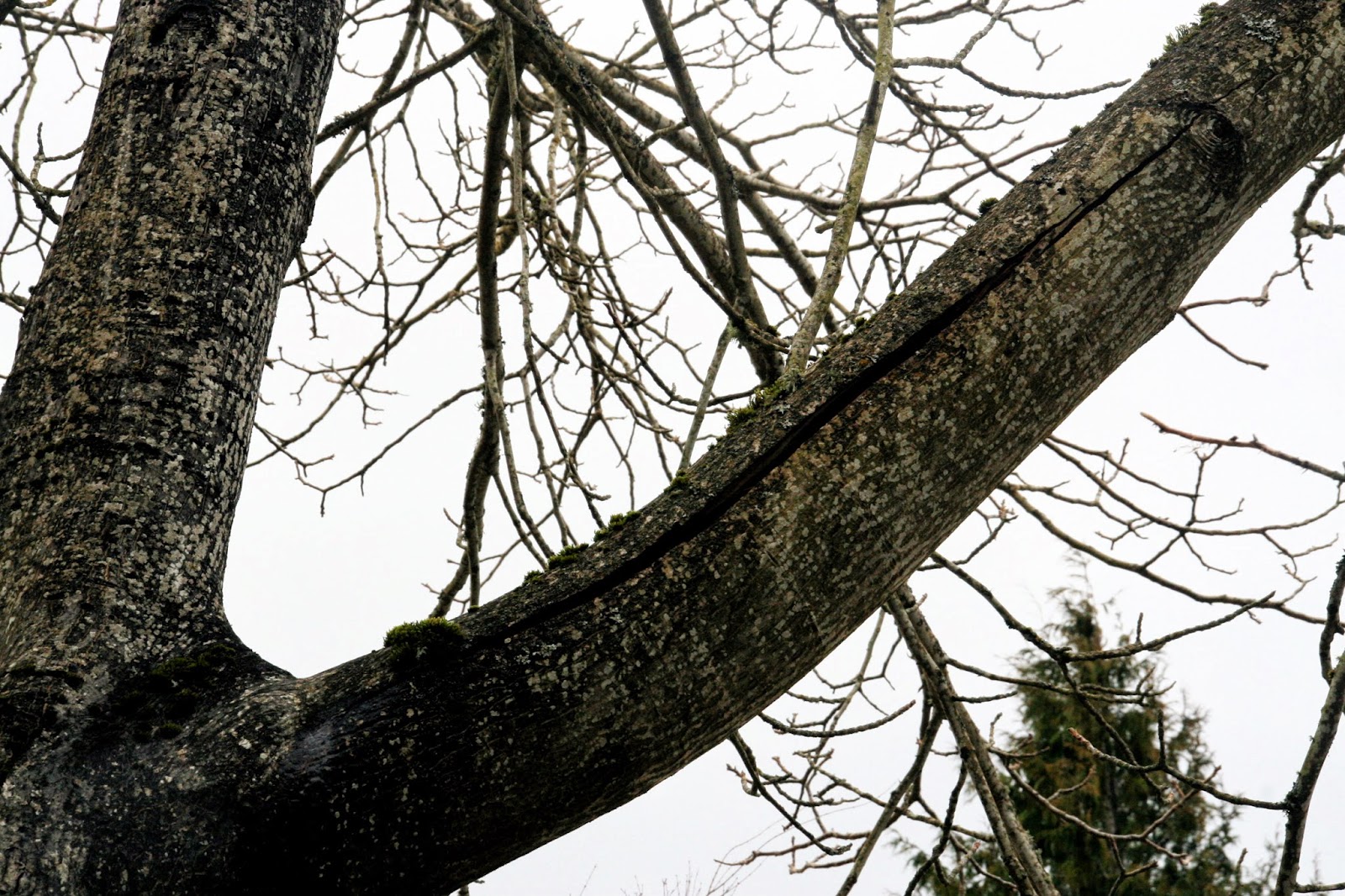 And it's not just on the surface... 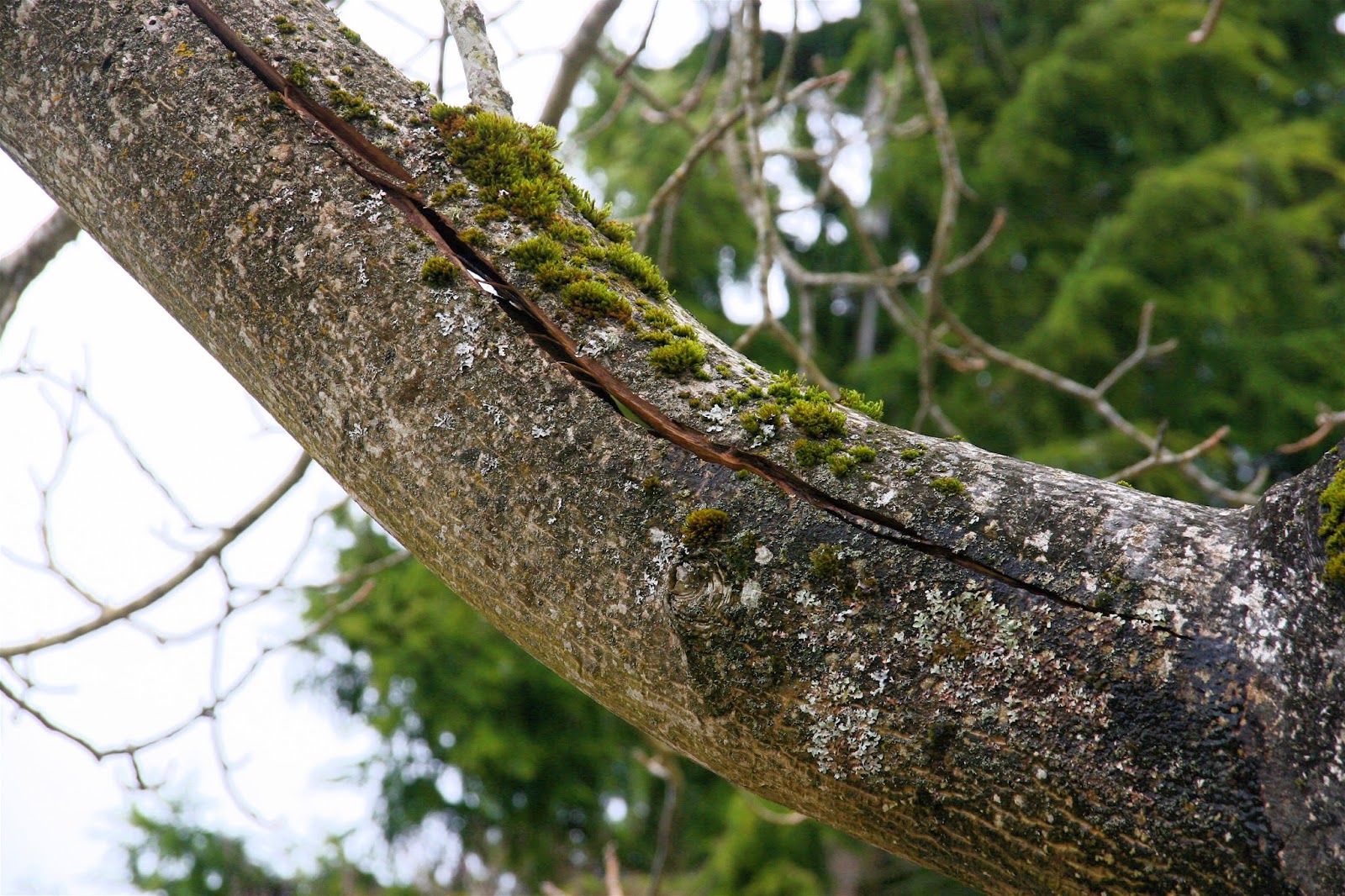 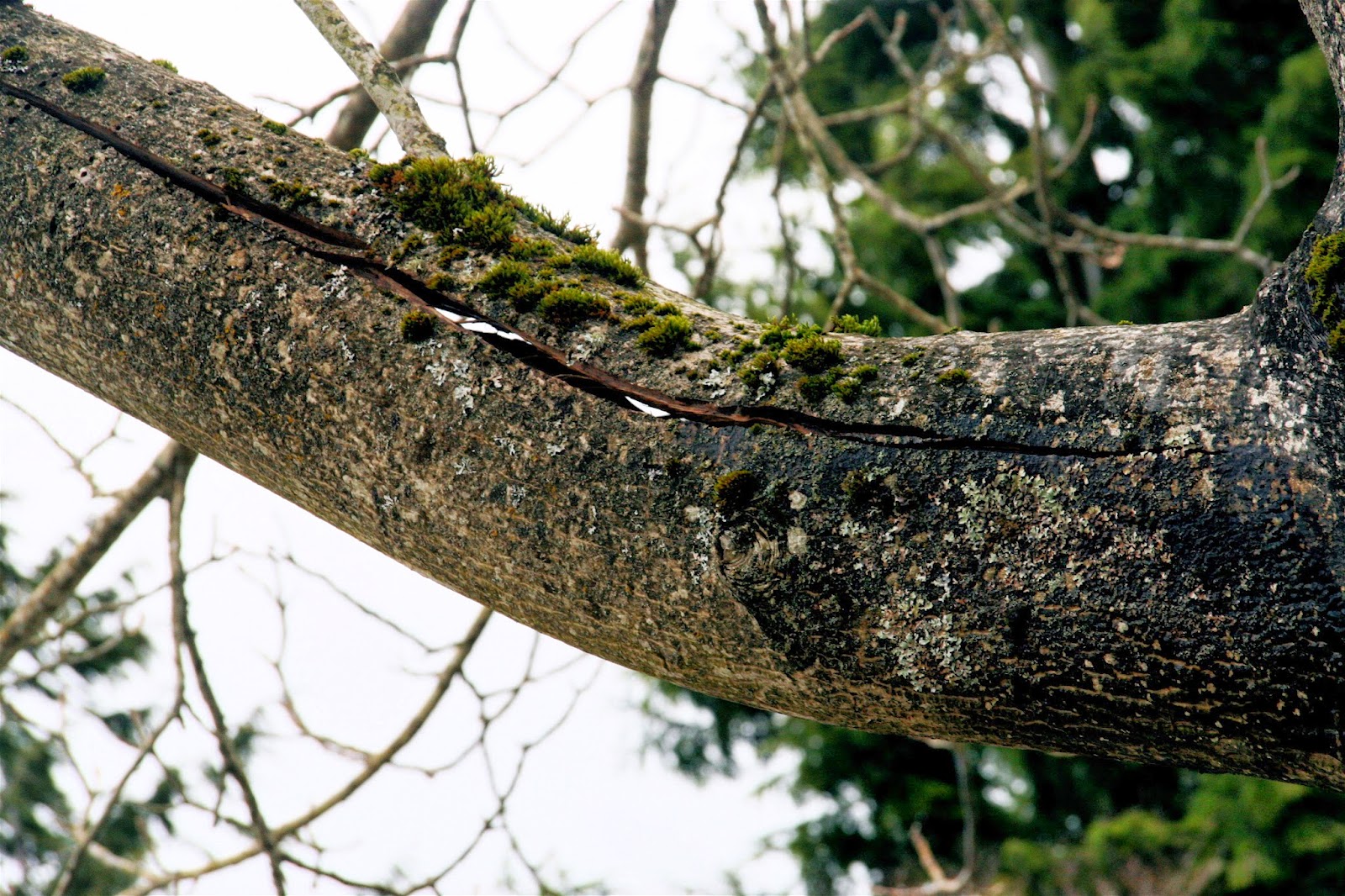 And we really hit the jackpot, because it's the branch that overhangs the driveway... with out vehicles, and our kids, coming and going. 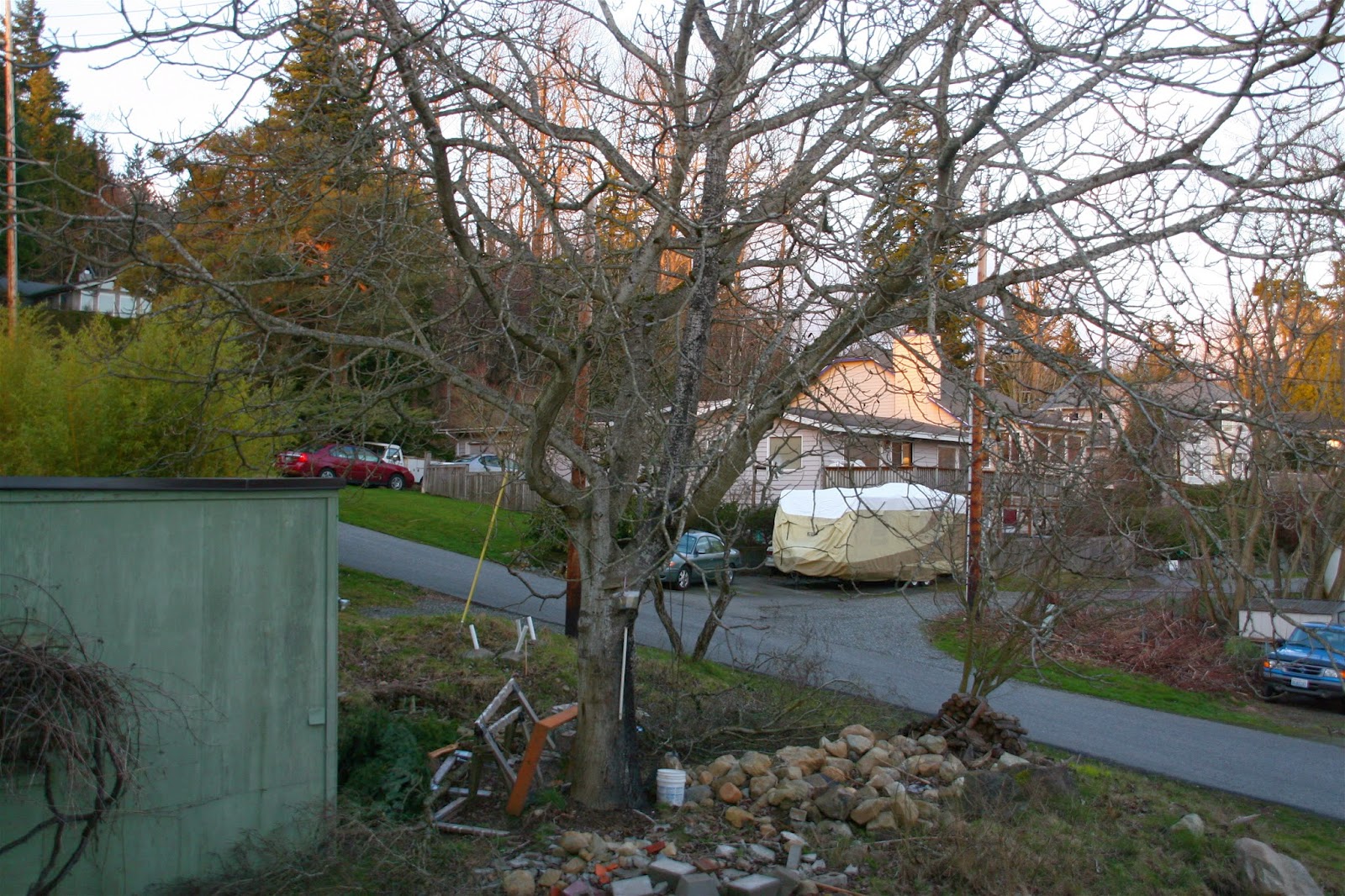 Fortunately we have Grandpa Grasshopper, who possesses a chain saw, a large truck, and an even larger heart.  He's always willing to help.  Because that huge branch was going to come down sooner or later, and call me OCD, but I'd like to know when. 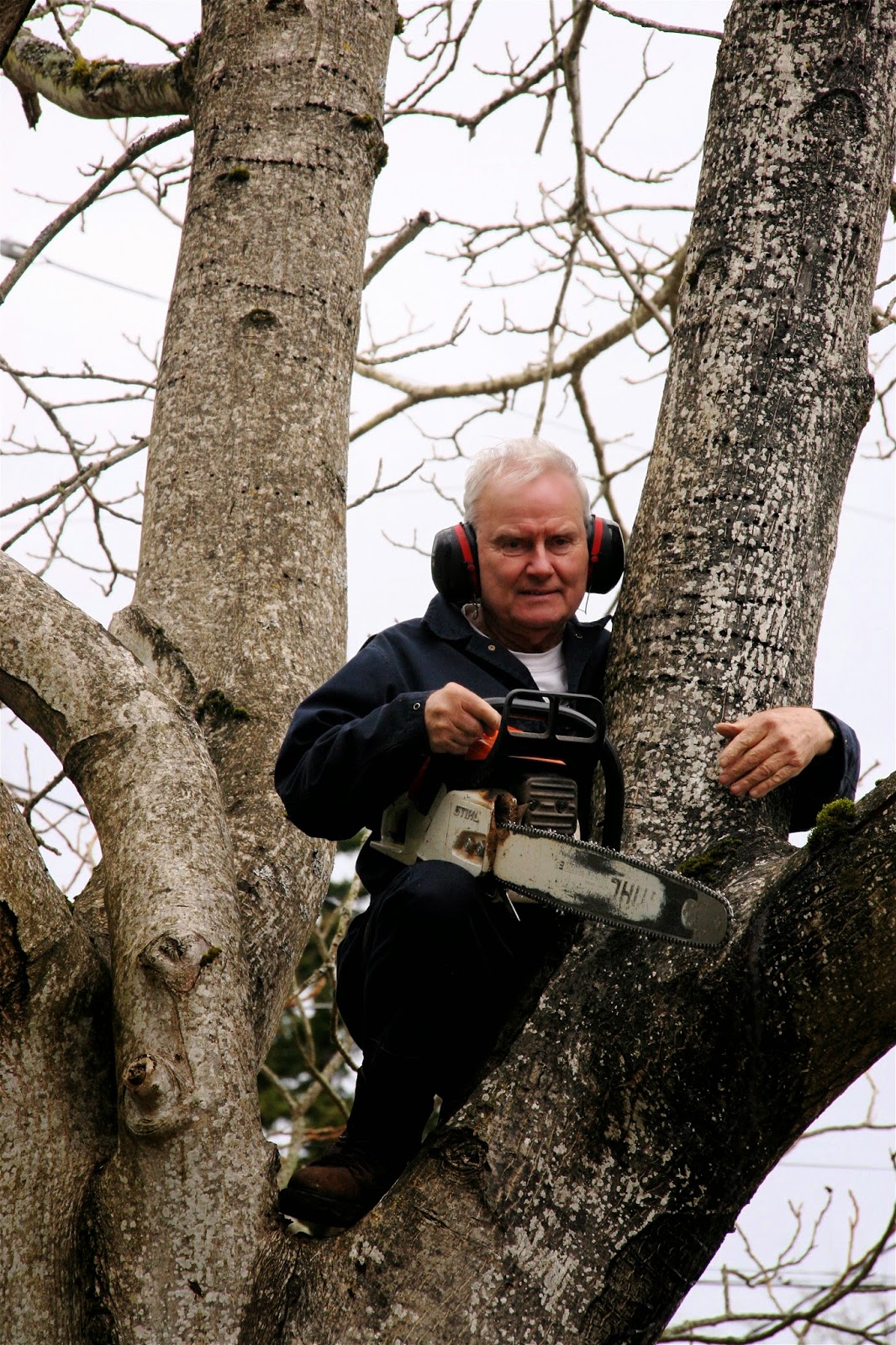 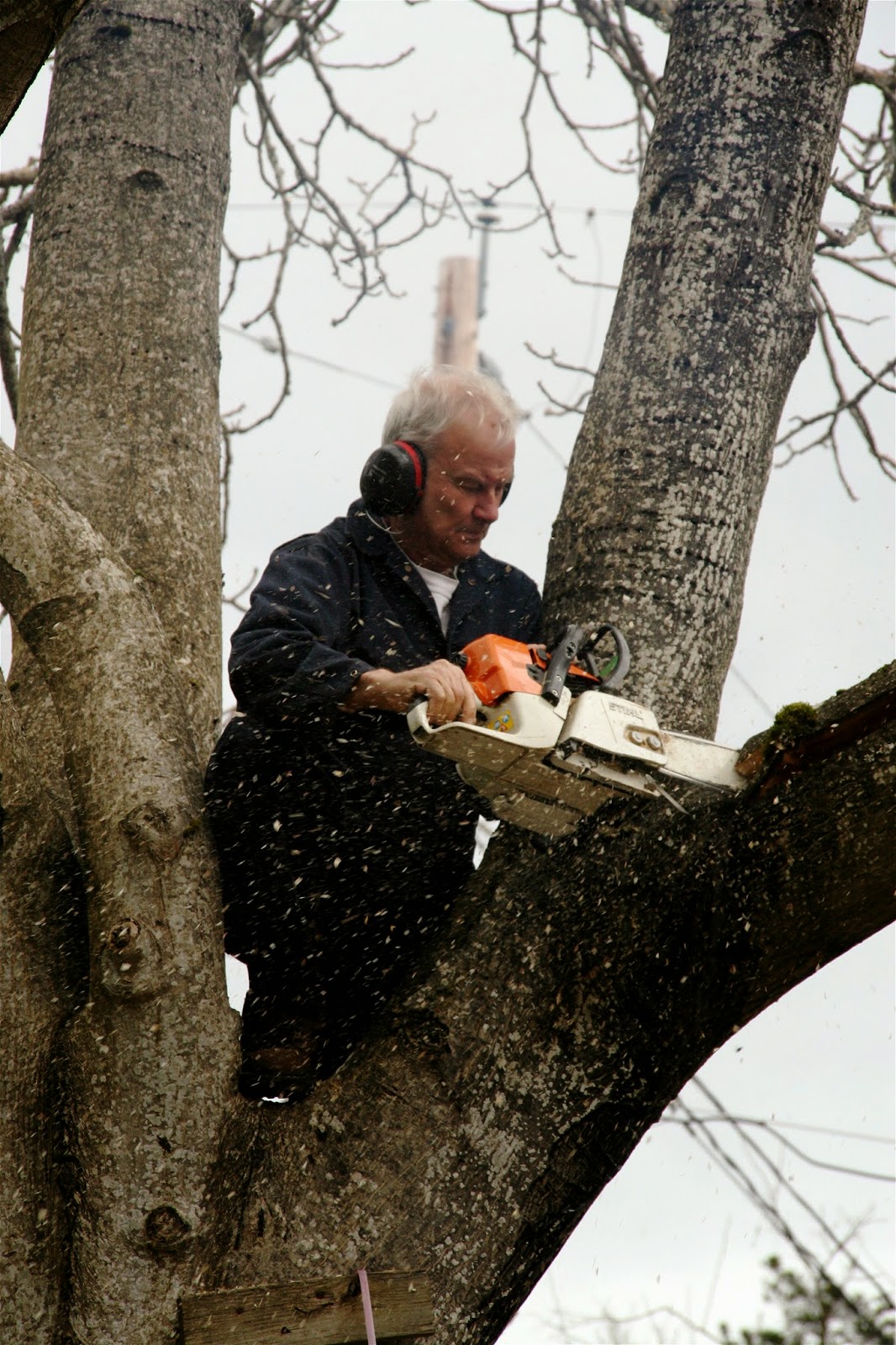 He had the branch down in minutes - see the split? 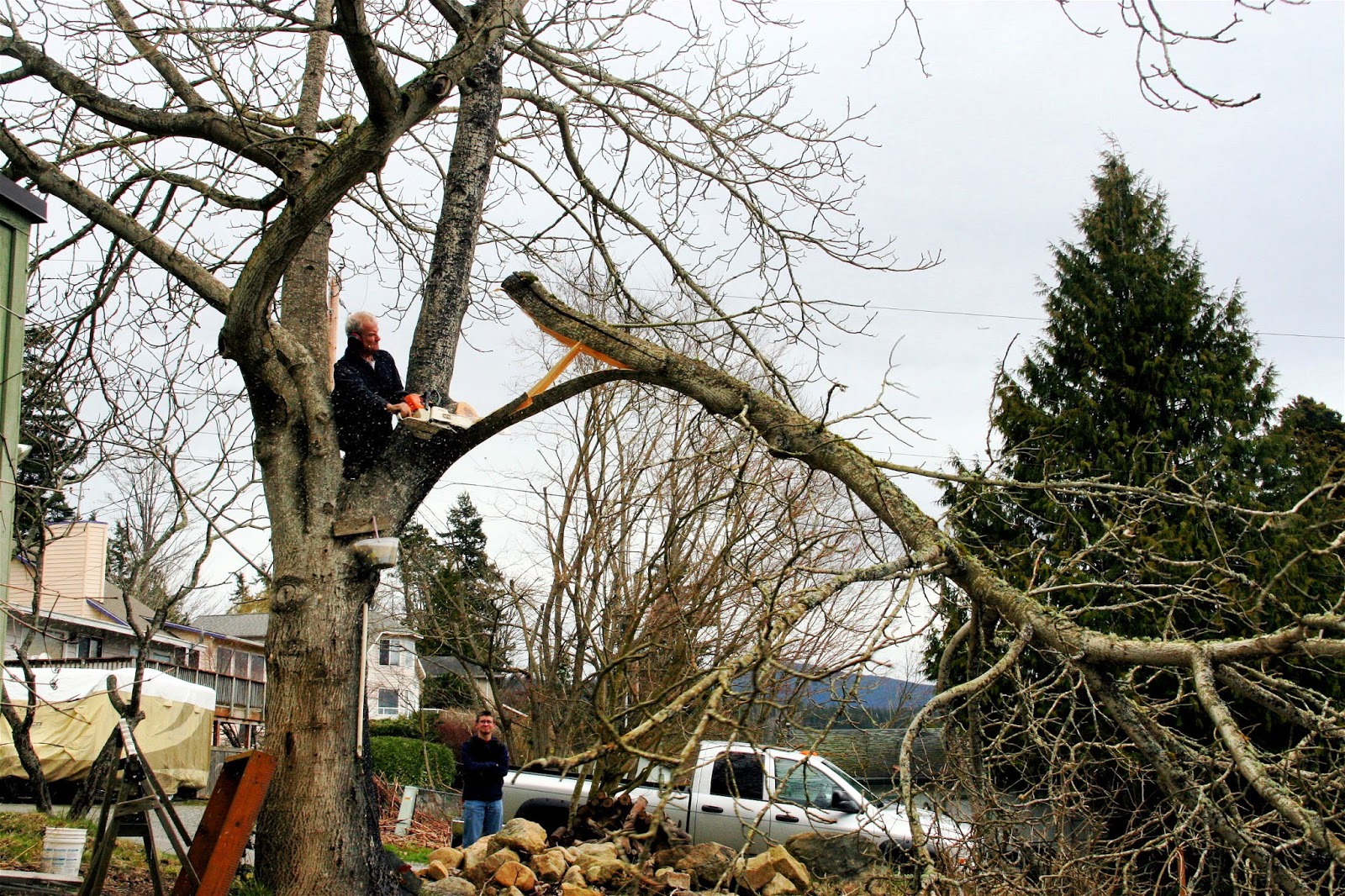 And all that was left was the clean up.  Three truck-loads of clean up. 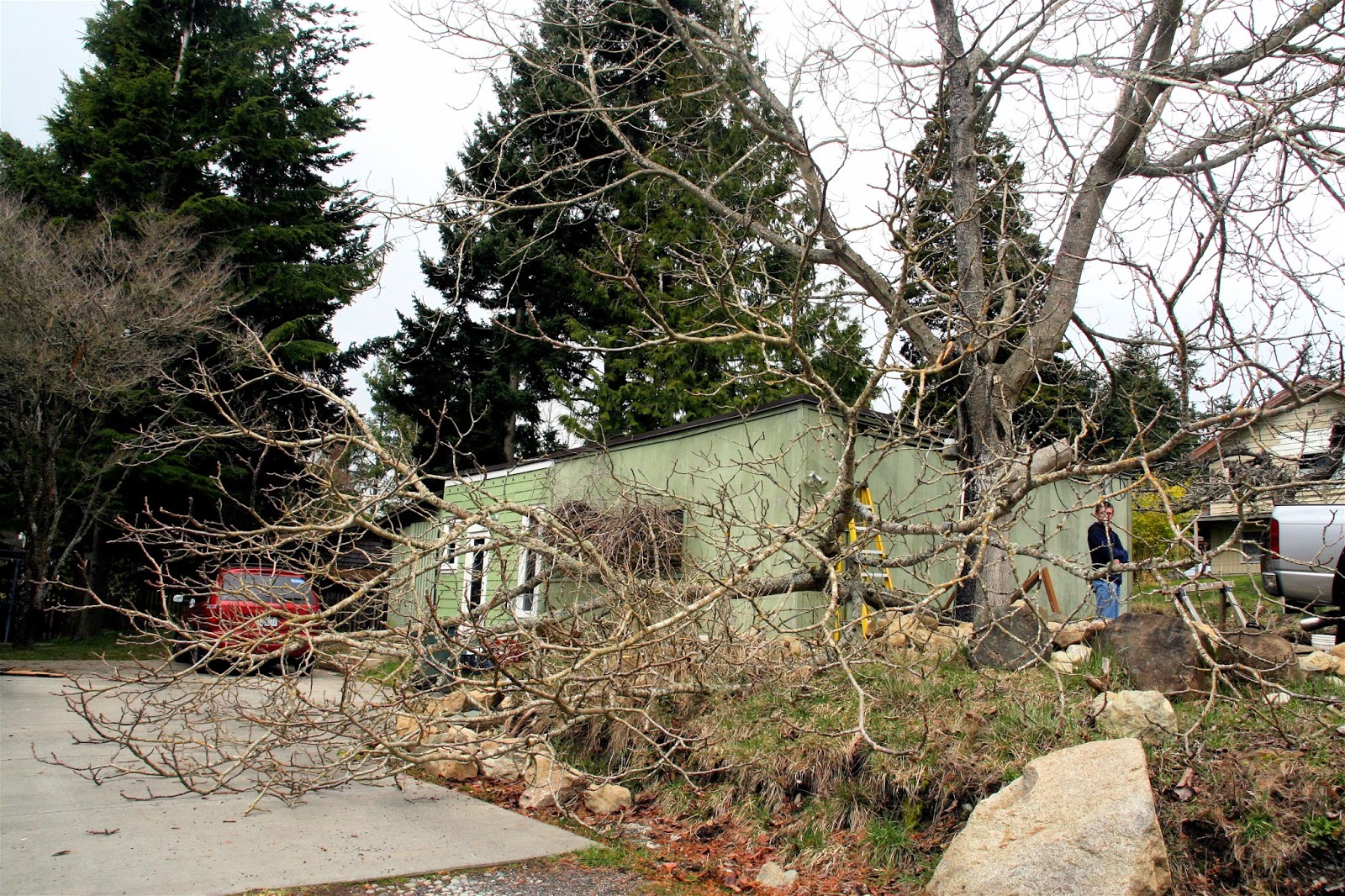 Because as long as we were at it, there were a few things bugging me.  I don't know about you, but clutter really drives me crazy.  (I know, I know... short drive. Ha ha ha.)

But we had piles of windfall, and - oh look! - our Christmas tree is under there. 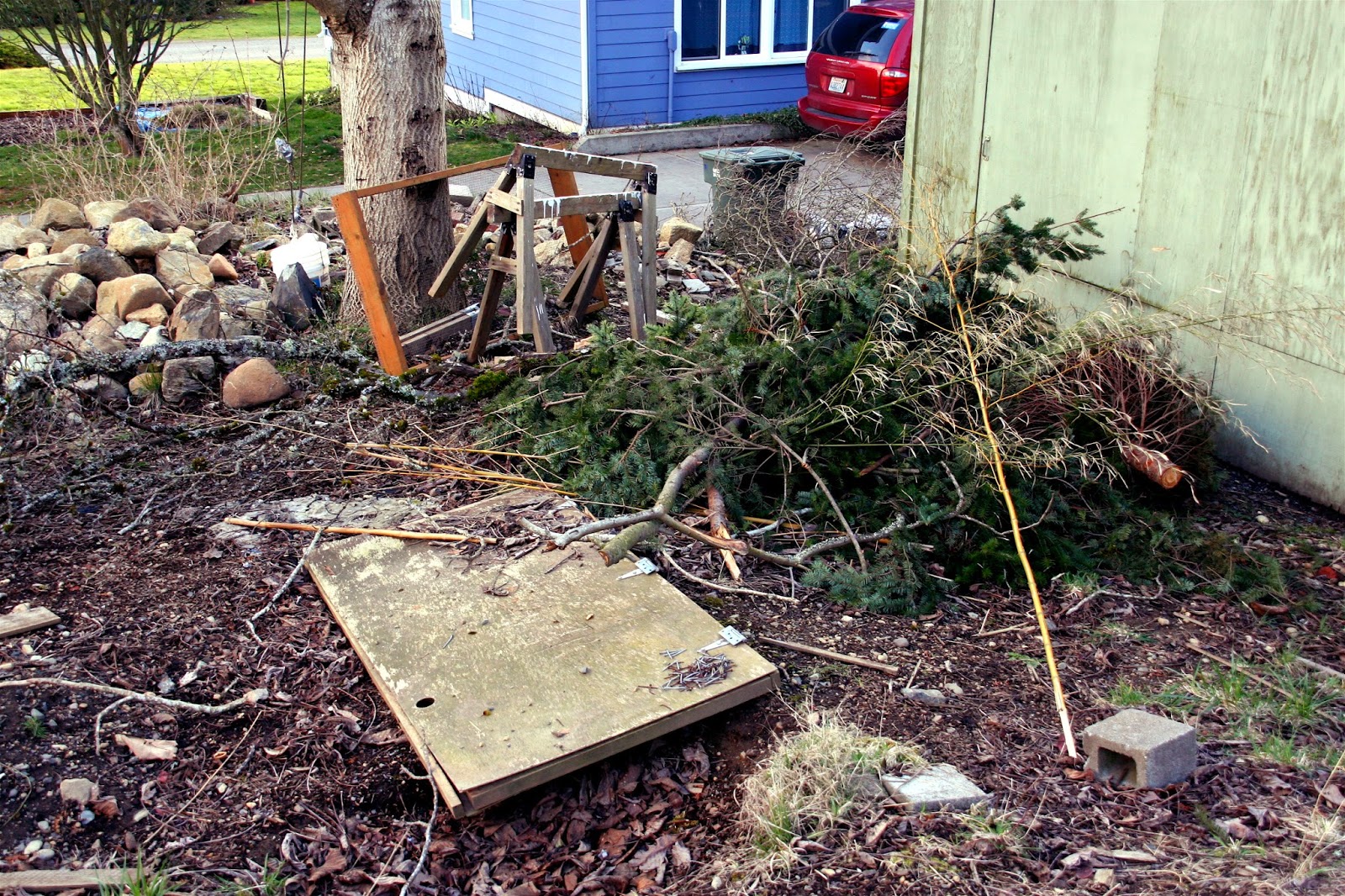 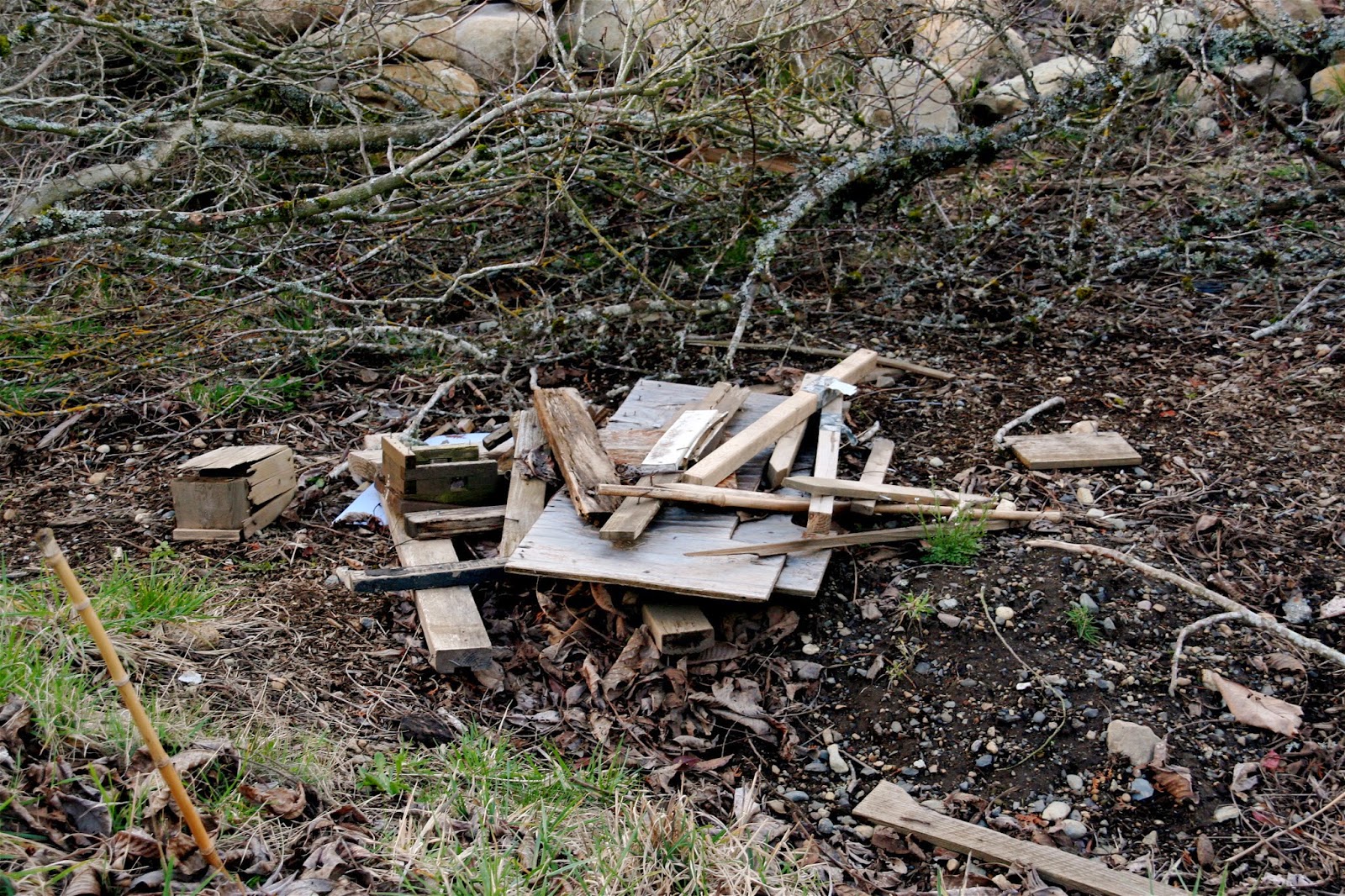 More windfall from the dogwood... 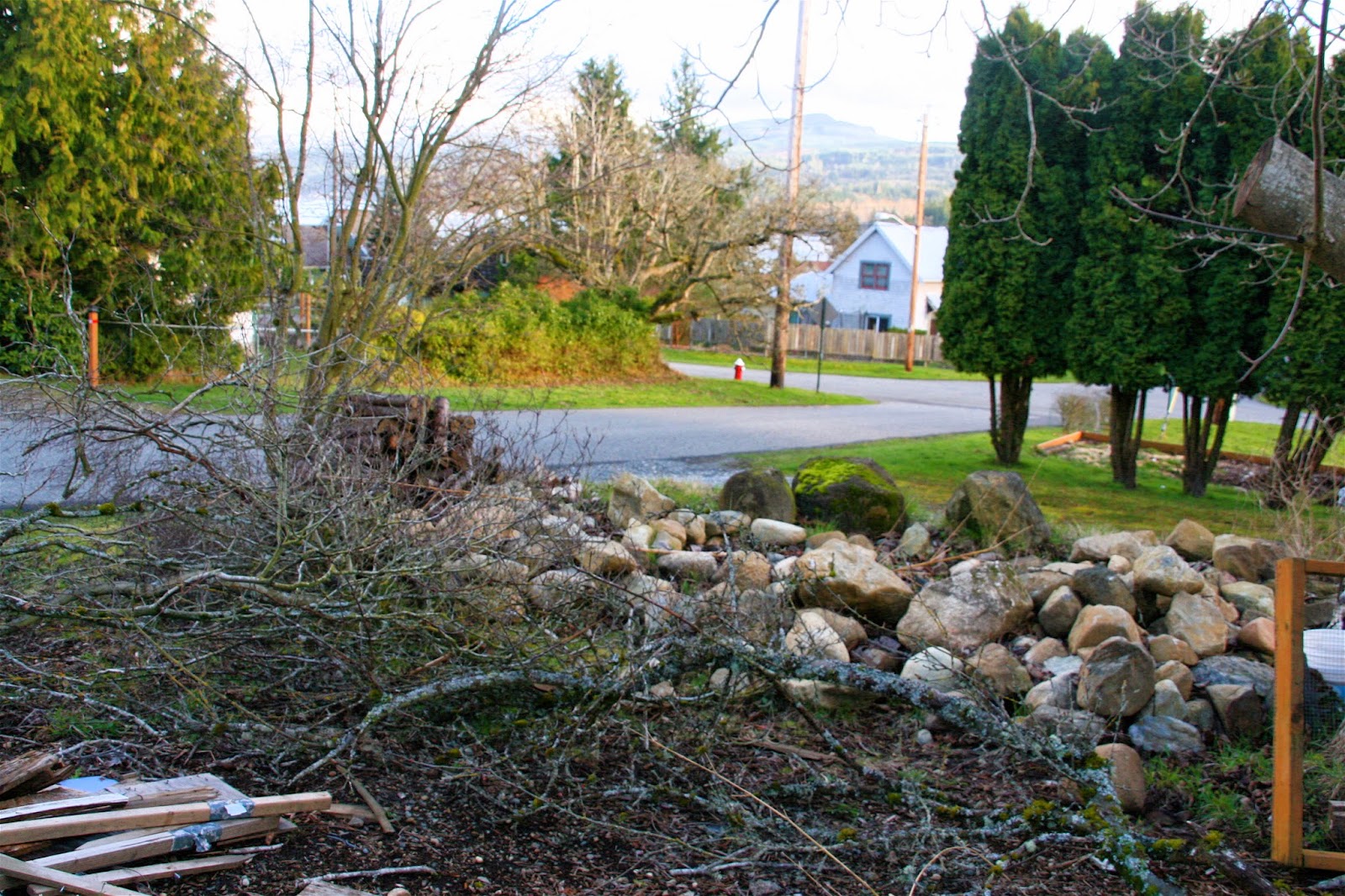 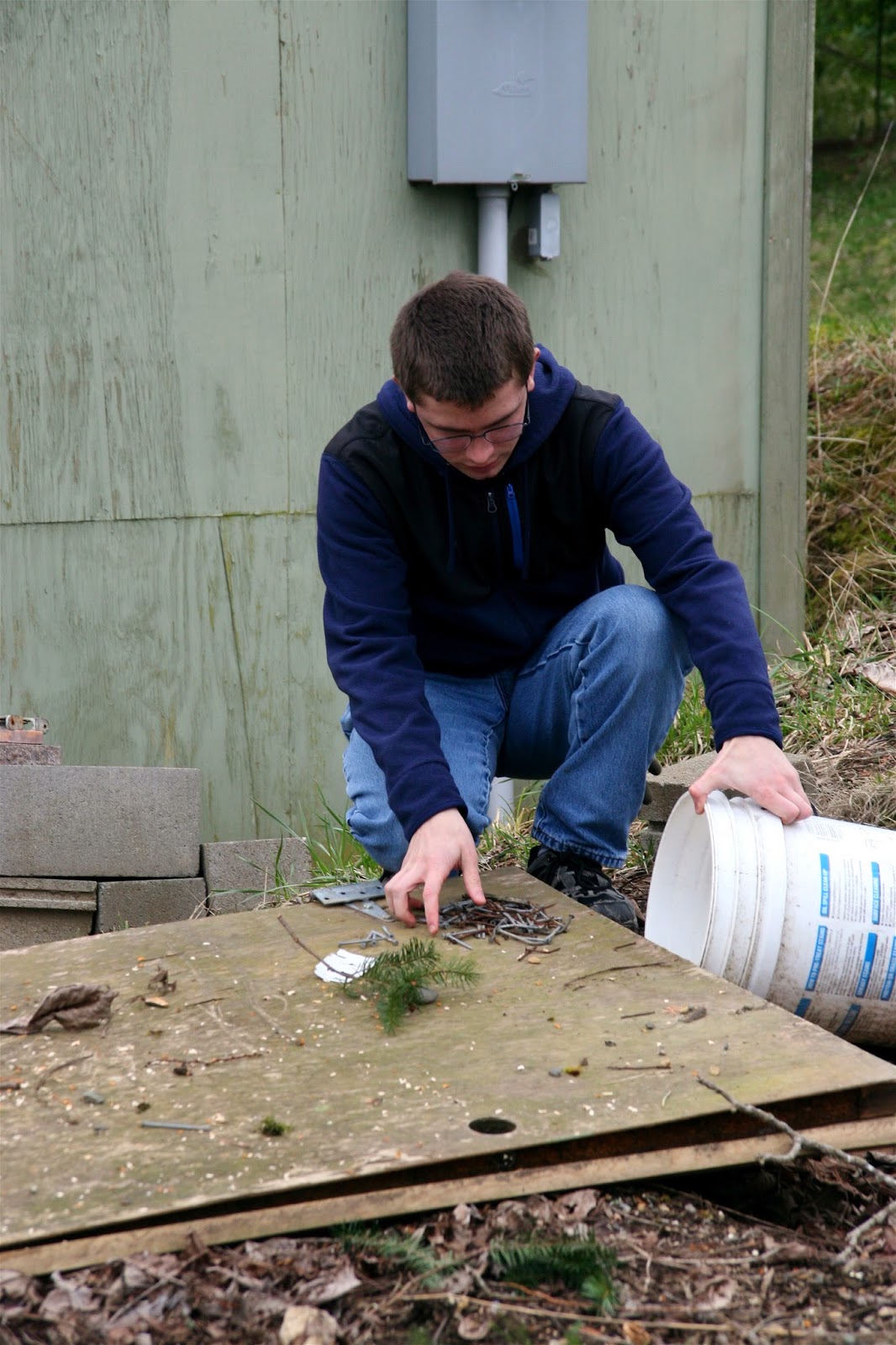 And I think you get the picture.  But this long story has a happy ending, because...

We went from Exhibit A: 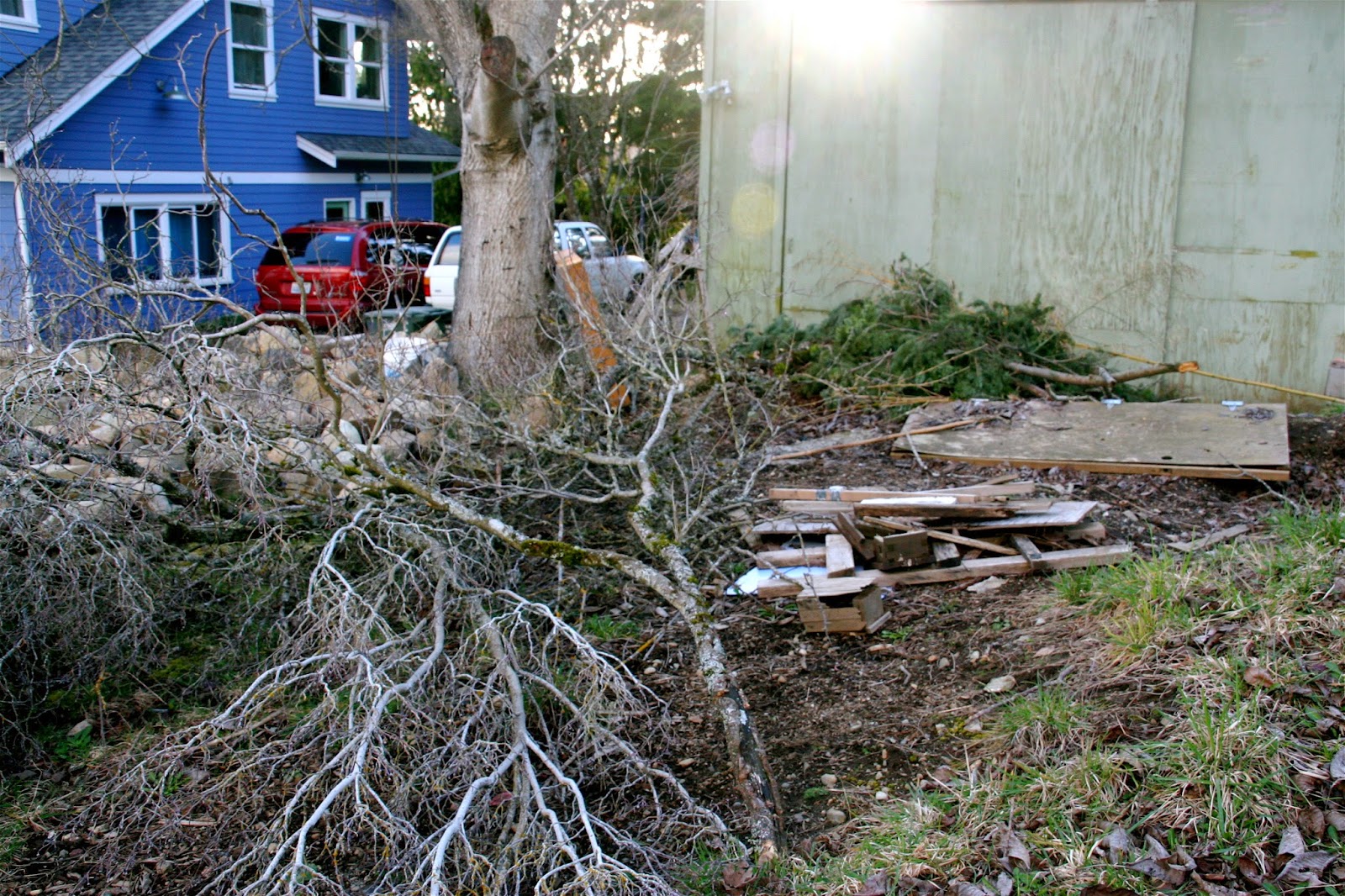 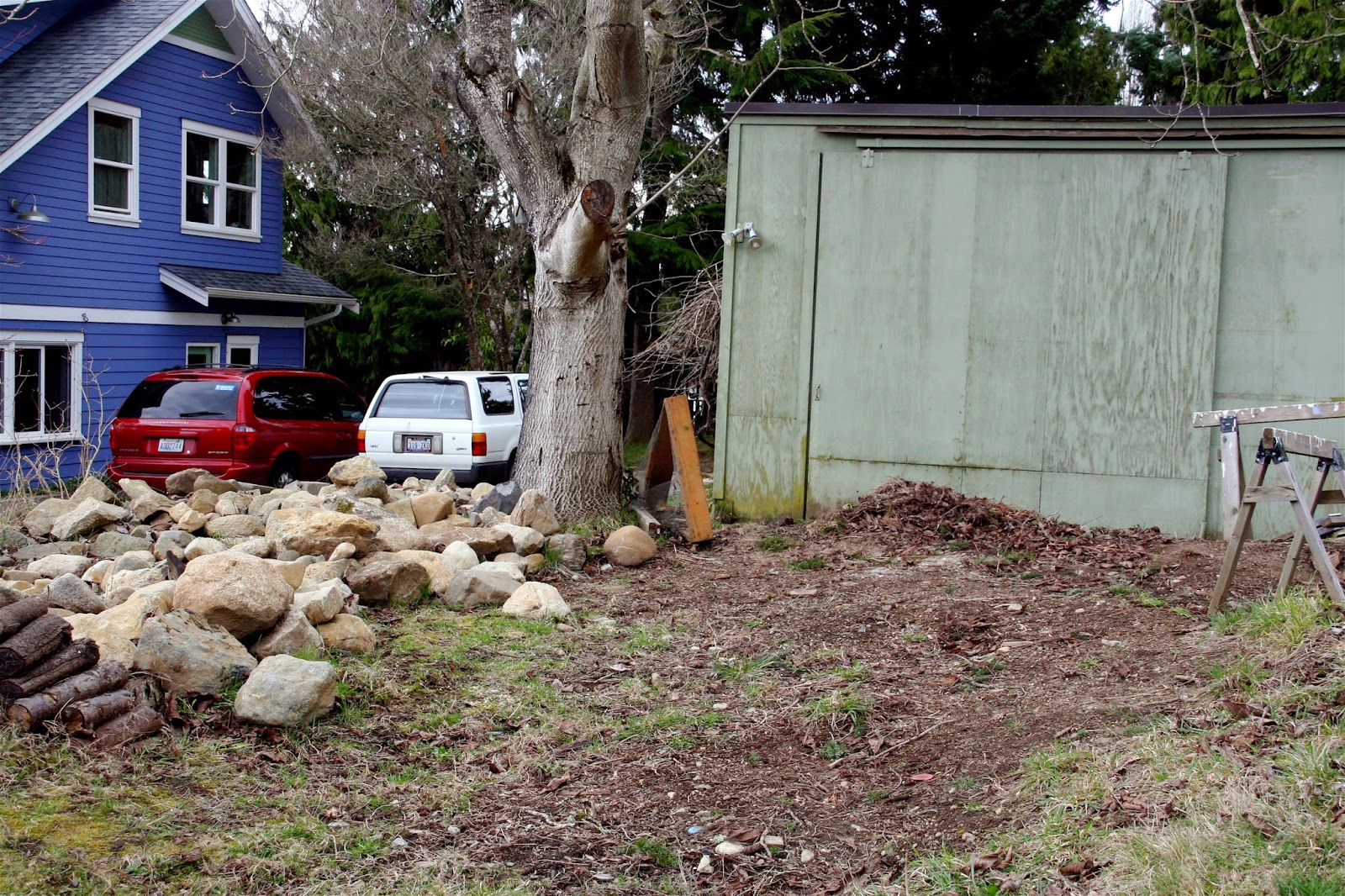 And the view from my window went from this: 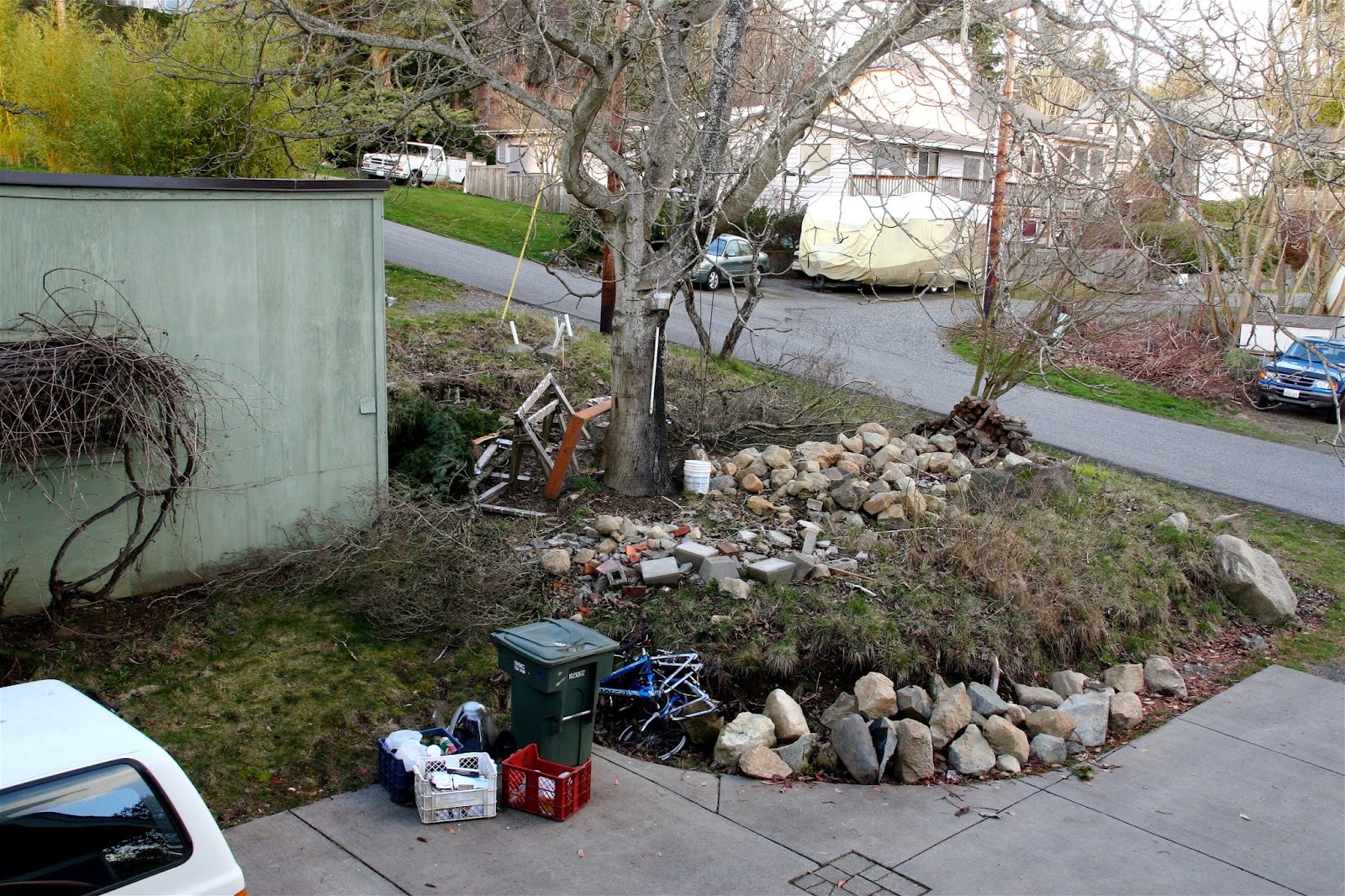 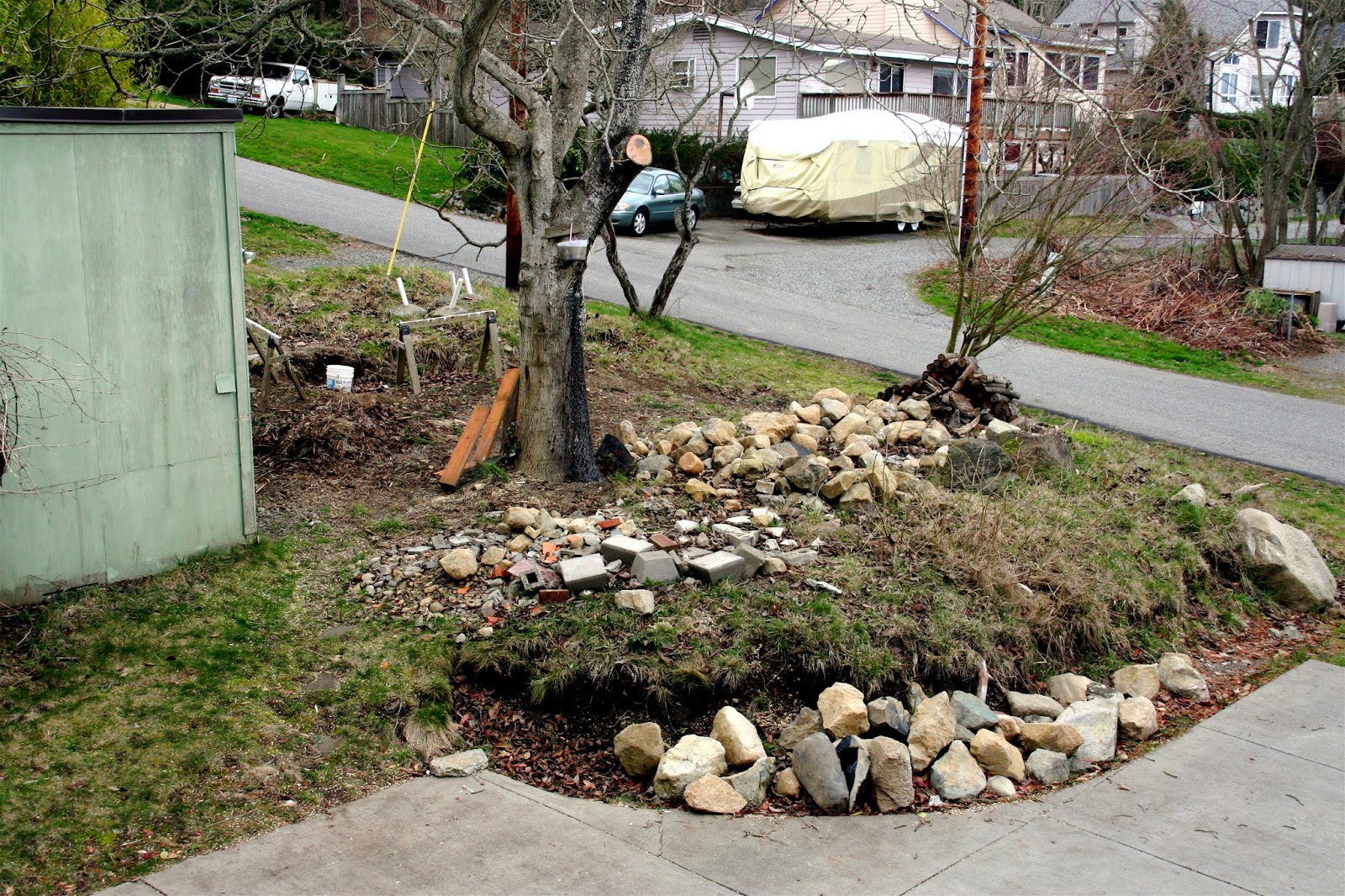 And that's the tale I have to tell to you.
Posted by Herding Grasshoppers at 4:22 PM