And Then The Whirlwind Hit...

So, remember me mentioning that we've come to the point of our summer where things accelerate?  Yep.

We got home from the ocean, unloaded, did laundry, restocked, and... they're off again!

Grandpa Grasshopper took the boys fishing, up the Fraser River near Lillooet, British Columbia.  And can you guess what they're fishing for? 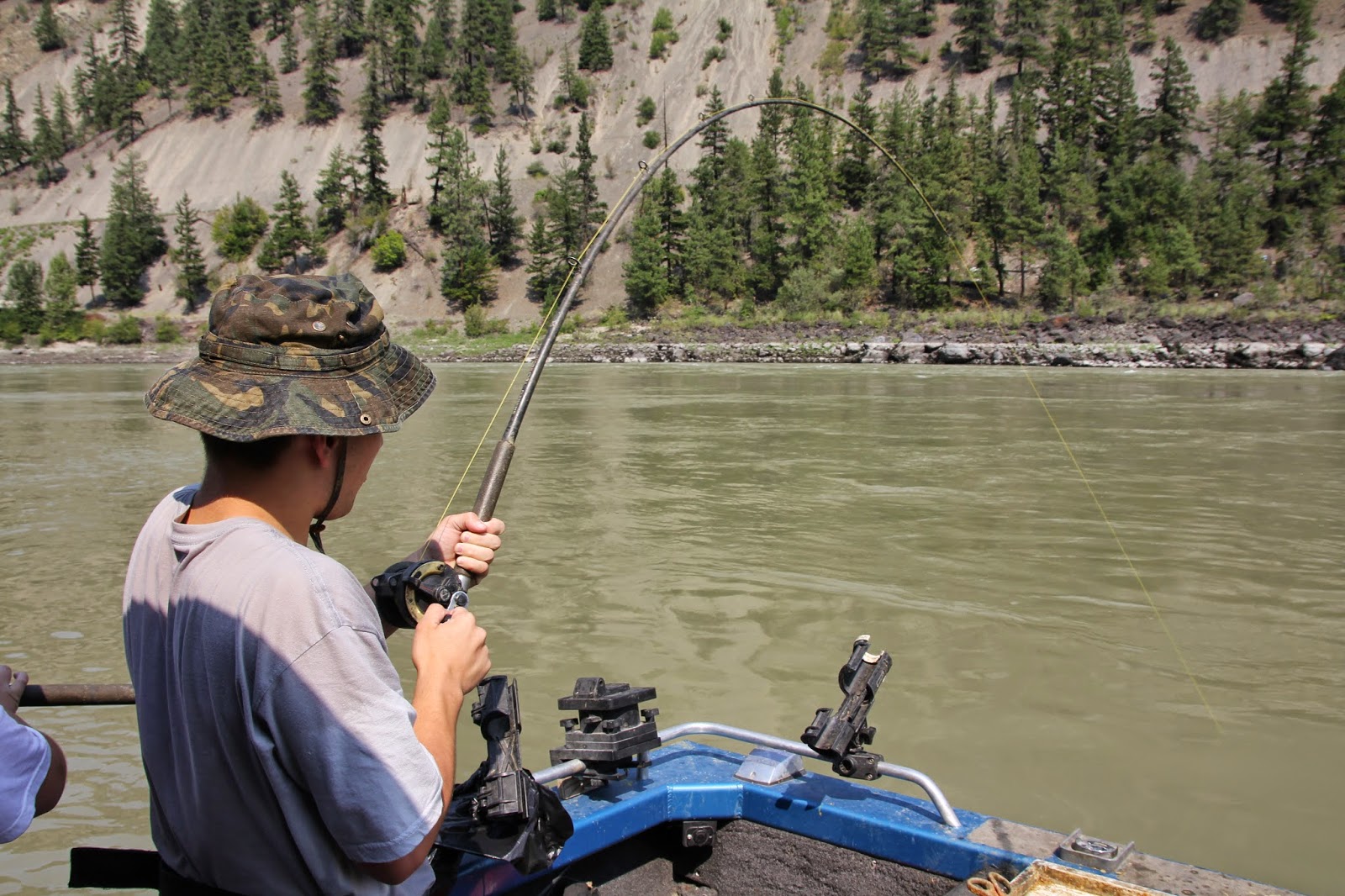 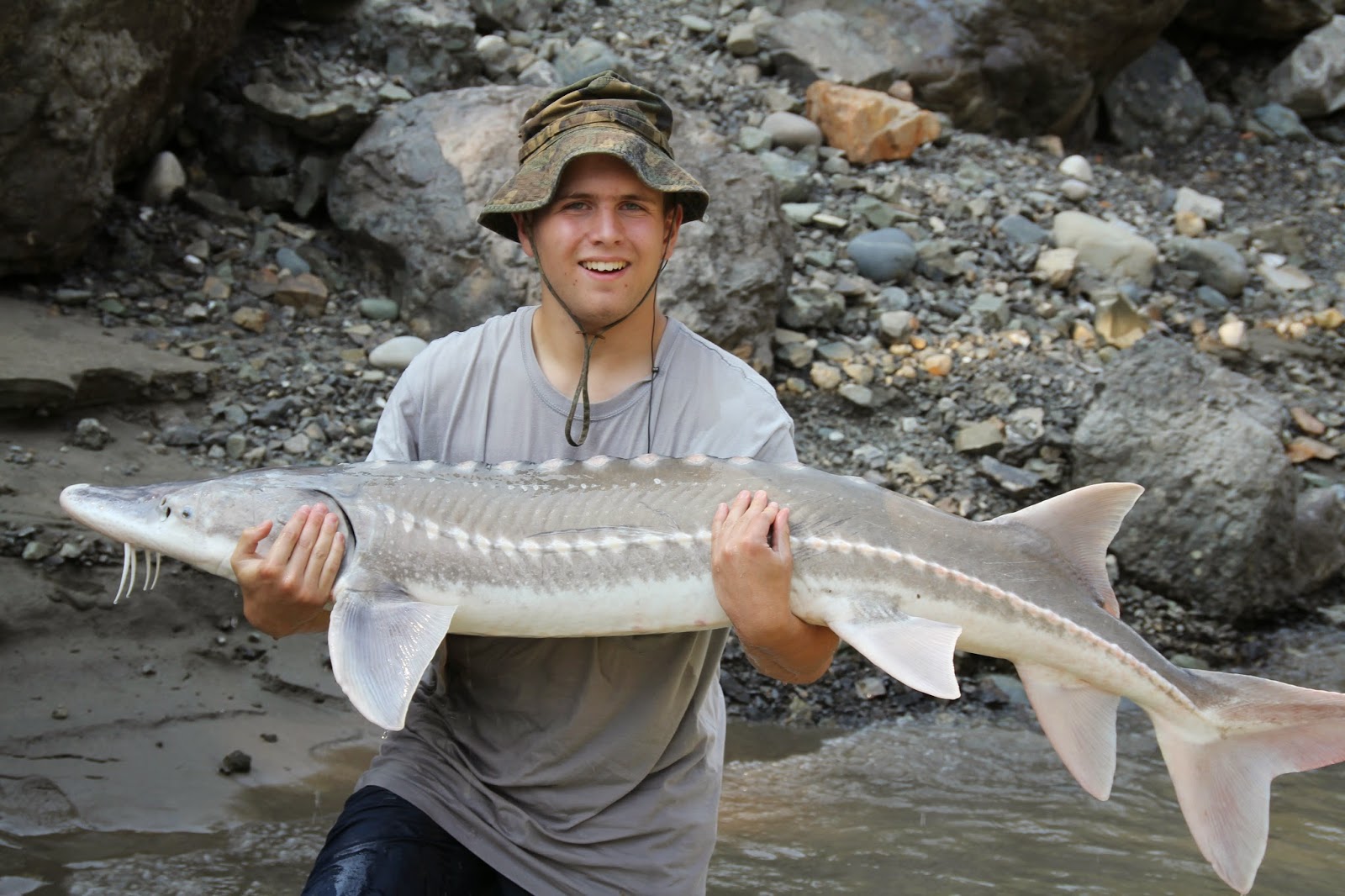 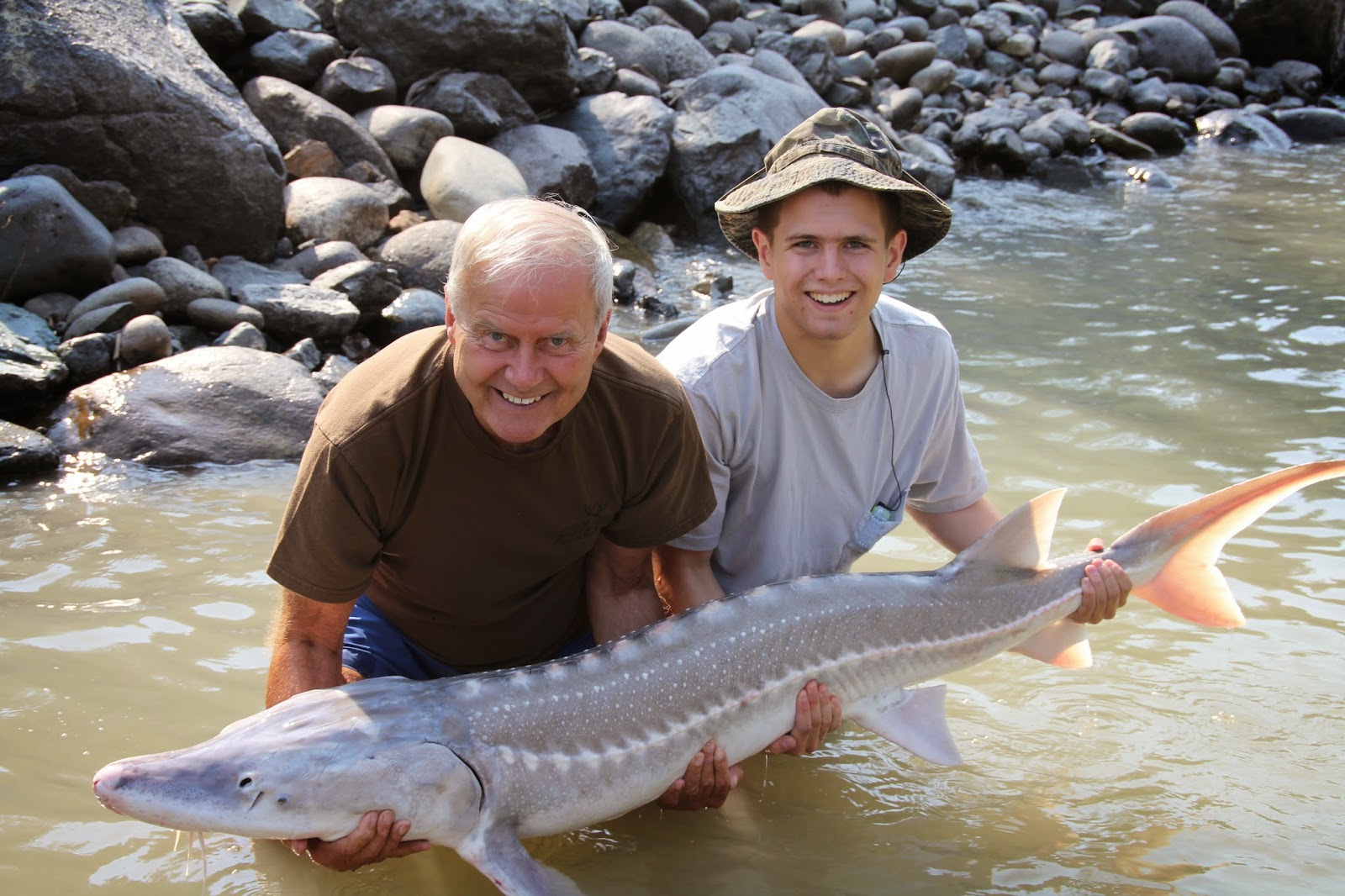 There are different types - this is the White Sturgeon. 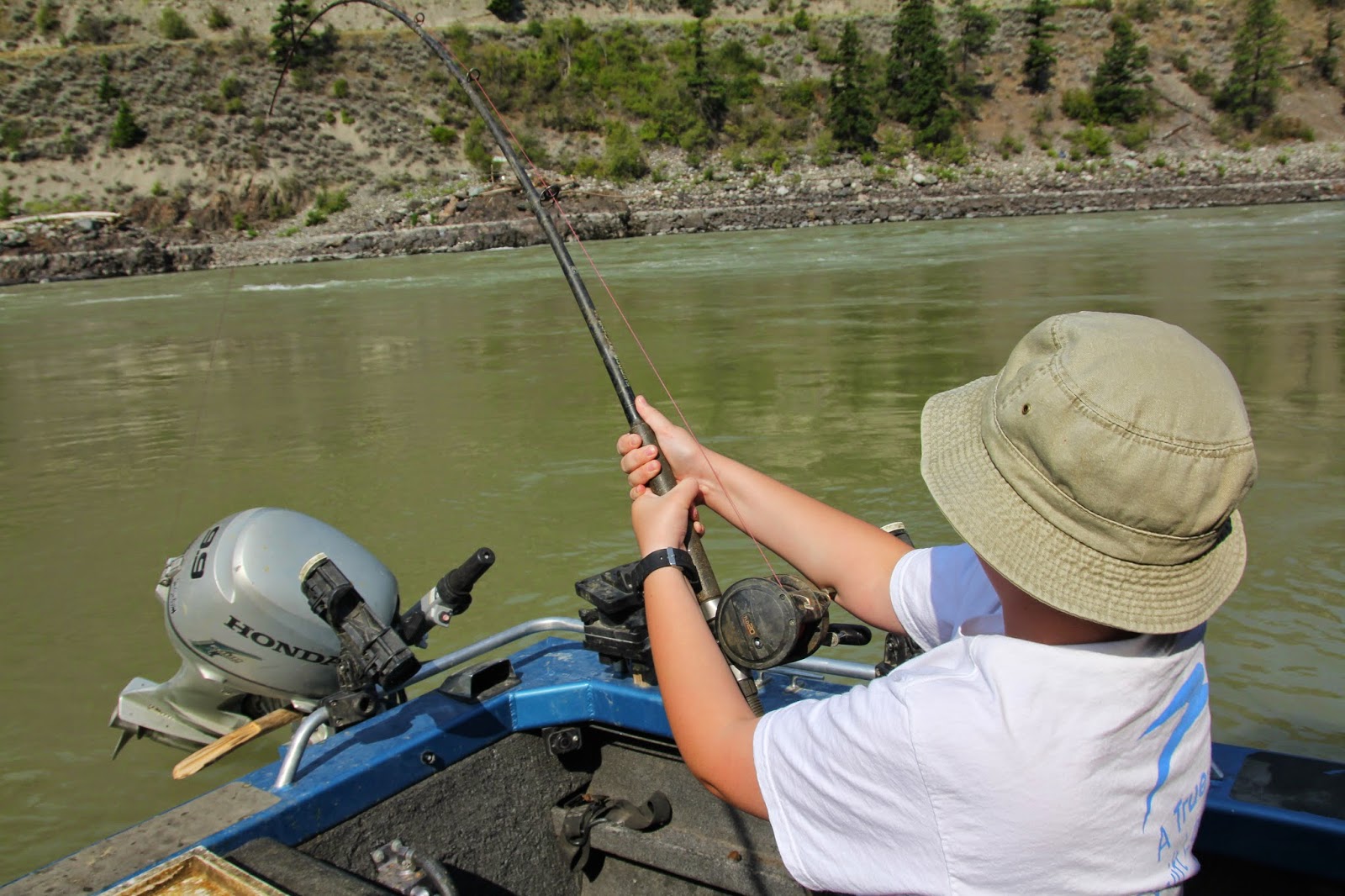 It's all catch-and-release, and our guys pulled in six - lots of work and lots of fun! 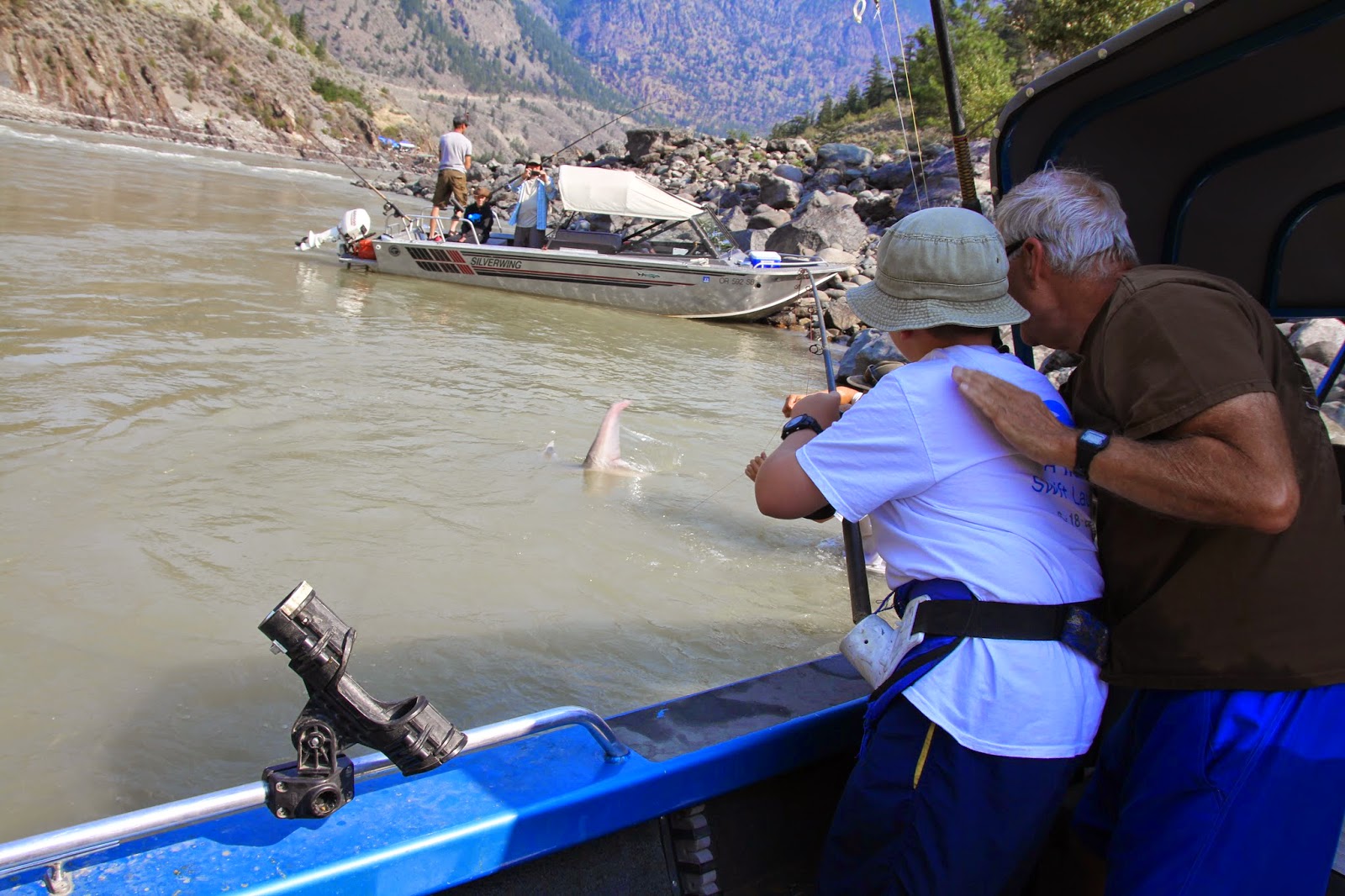 According to Gunnar, Tate caught the longest fish, but he (Gunnar) caught the heaviest - that's his, below. And they do get BIG.  The largest one on record, from the Fraser River was over a thousand pounds.  That's a big fish.

And here's one that was pulled out of Lake Washington - a very urban lake down in Seattle - in the 1980s.  Crazy! 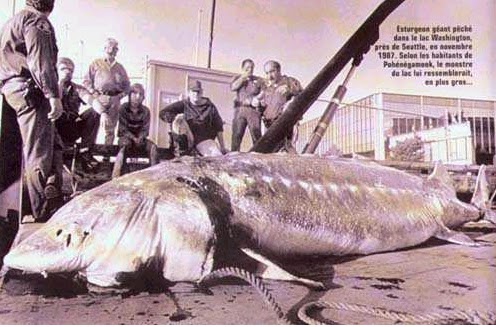 The boys had a FABULOUS time!

But did you notice one was missing?  We had a bit of a snafu.  Didn't realize until just before the trip that Wyatt is an ADULT now, and therefore needs a passport.  Or an enhanced drivers license.  Both of which take too long to get to make the fishing trip.  Oops.  The other boys are able to travel with their birth certificates and a notarized letter approving Grandpa.

While they were gone, I took Wyatt out to lunch and to apply for his passport.  Doesn't he look excited?  He was a good sport about the whole thing, and Grandpa and Grandma "made it up" to him in other ways. 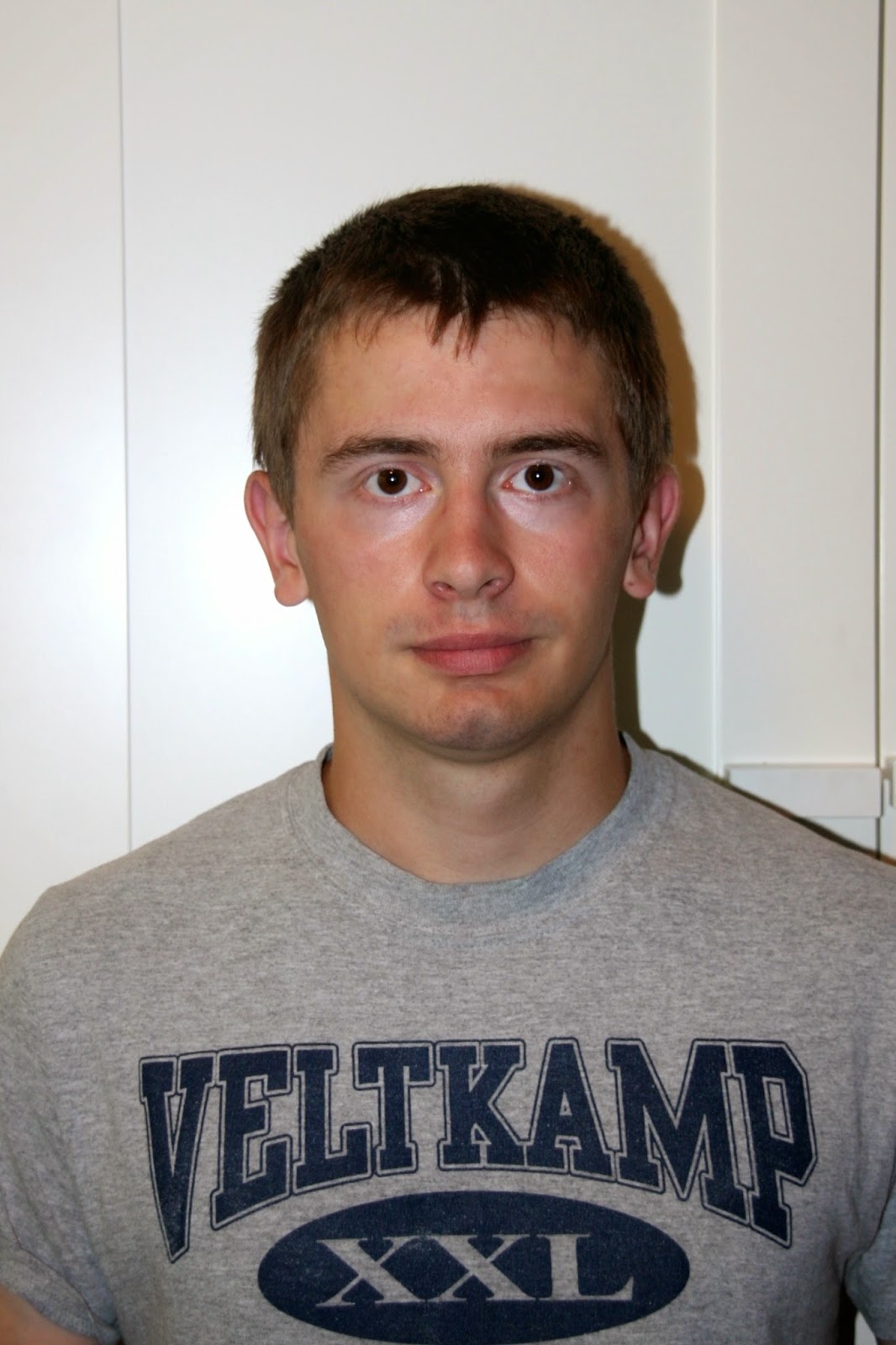 So they arrived home yesterday, tired, and with dirty laundry (the constant theme of my existence, lately), and we're doing another quick turnaround before the next activity!

But first, Tuesday night, Civil Air Patrol.  The first Tuesday of the month is "Commander's Call", when promotions and awards are given out.  None of our boys were promoting this month so I almost didn't go, but there was a pre-encampment meeting so I did, kind of last minute.  So glad I did, because... 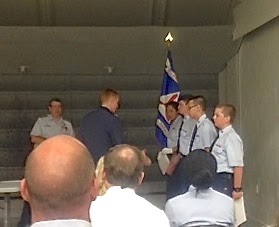 And Gunnar - a surprise to us - received the "Cadet of the Quarter" award!  This is a big honor - based on points earned for things like attendance, proper uniform wear, testing and promoting, drill, customs and courtesies, and then an interview with a board to narrow down the top three.

I didn't have my camera along, so many thanks to another cadet's mom who snapped these with her phone :D 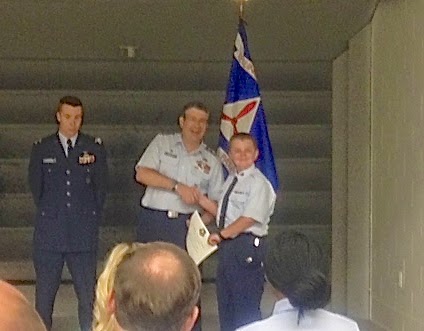 Our squadron just started doing the Cadet of the Quarter program - this is the third award.  Gunnar is one of the younger cadets, so we're really proud of him.  Wyatt had been the previous Cadet of the Quarter, and the time before that, Tate was ONE POINT behind the winning cadet.  We're proud of ALL our boys :D

And speaking of Civil Air Patrol...  it's time for Basic Encampment.  Wyatt and Tate have been before. 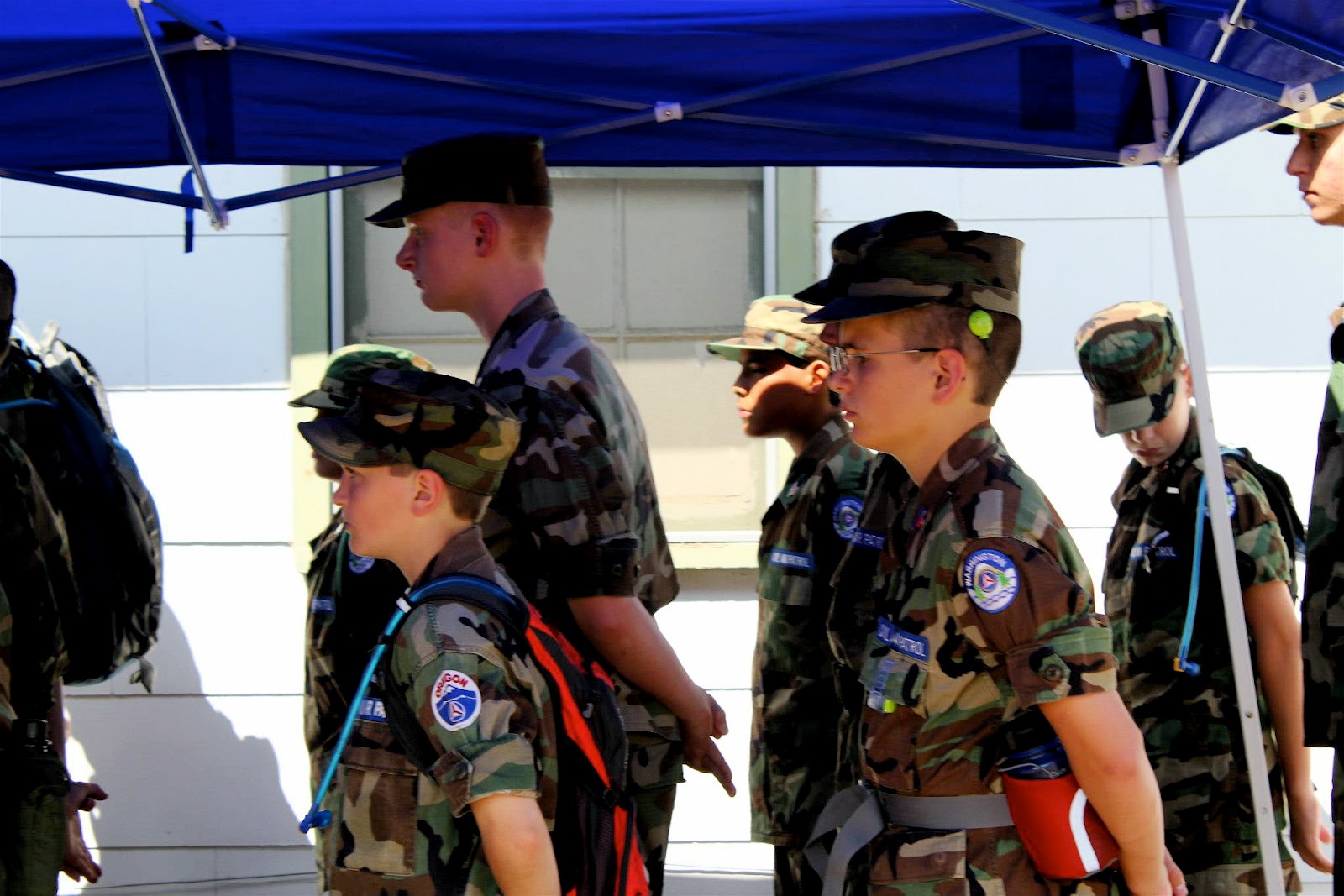 It's a week of Boot Camp for Civil Air Patrol cadets, held at JBLM (Joint Base Lewis-McChord, and it's the real deal.  Okay, a scaled down version of the real deal - "just" one week. 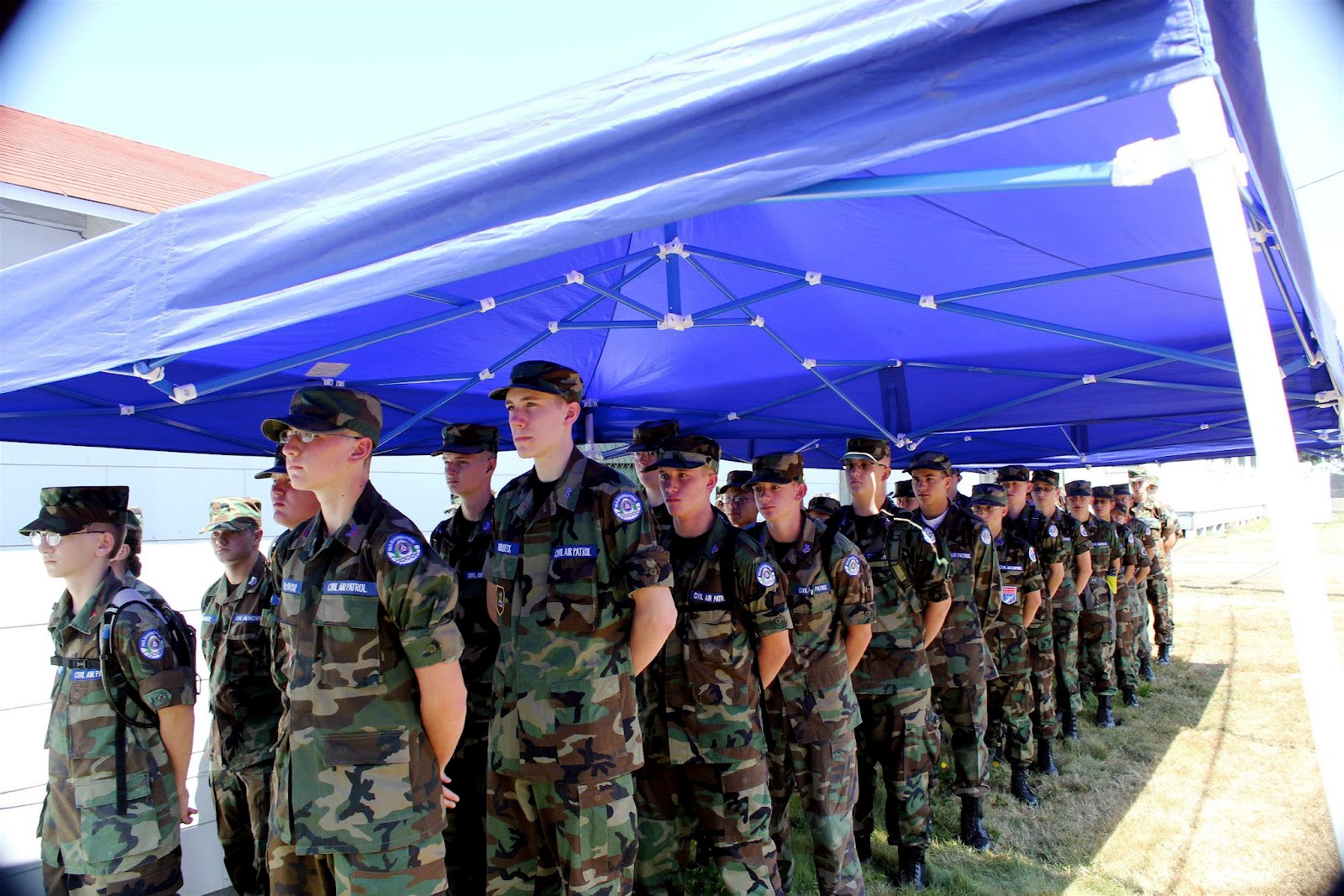 They learn, they drill... 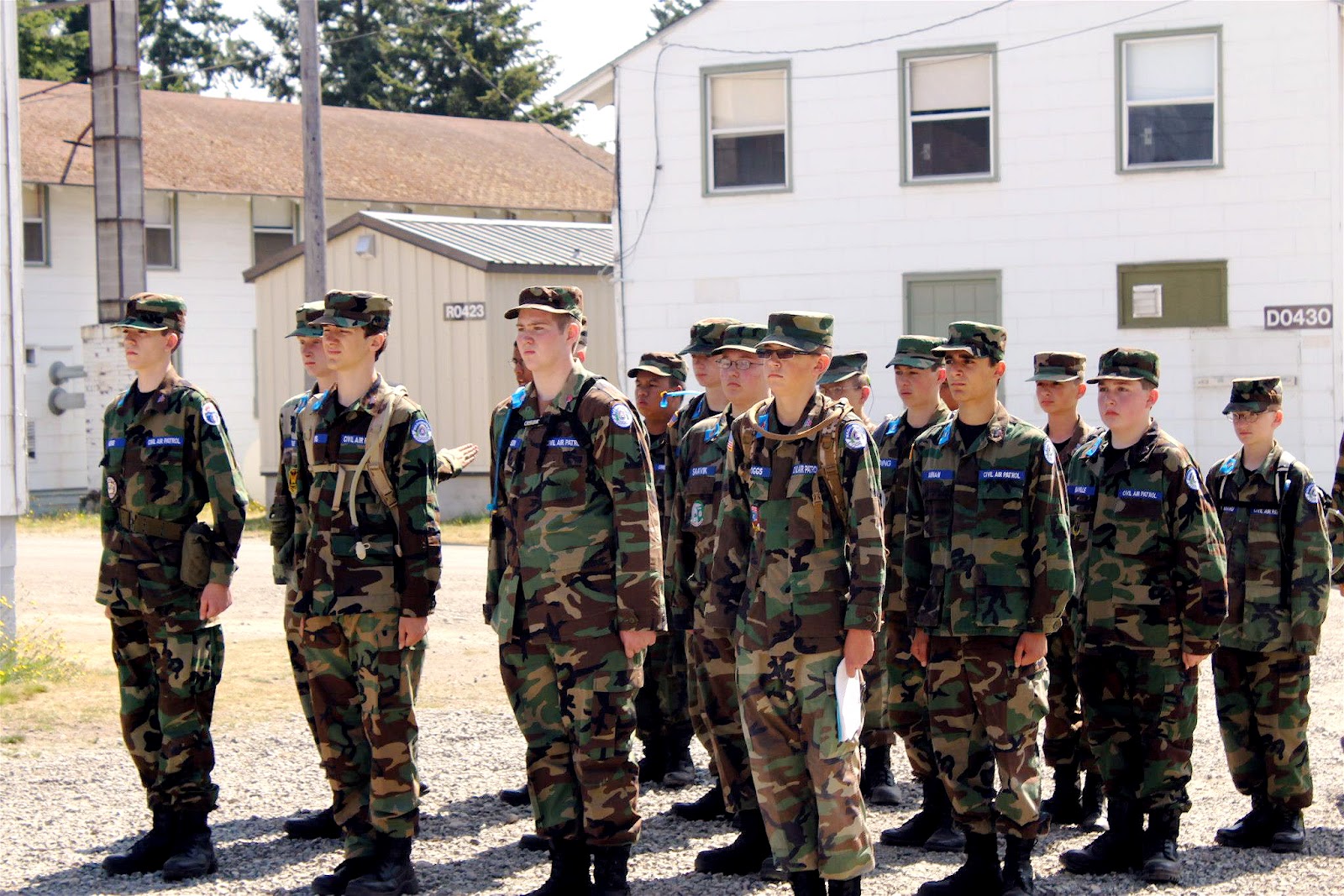 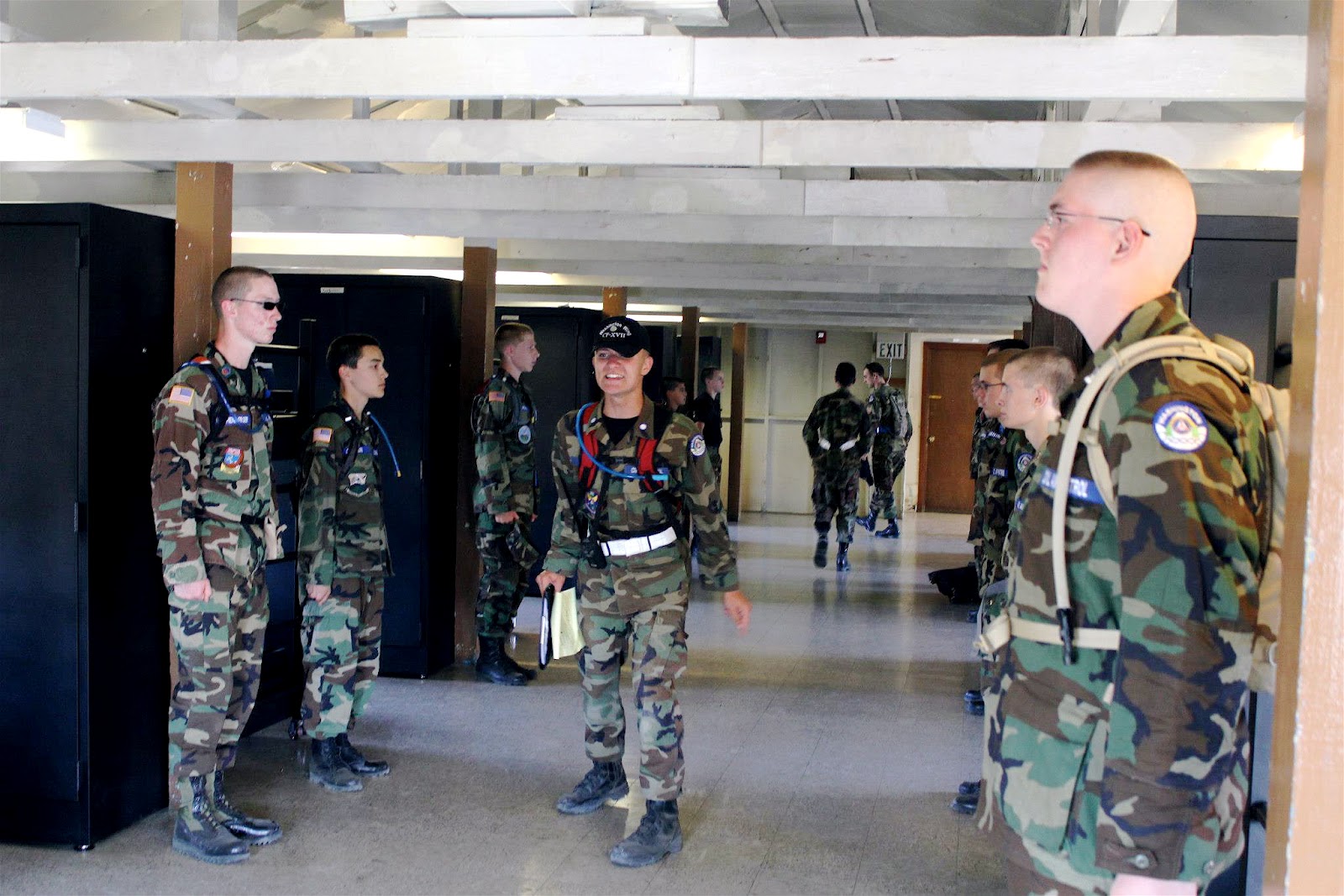 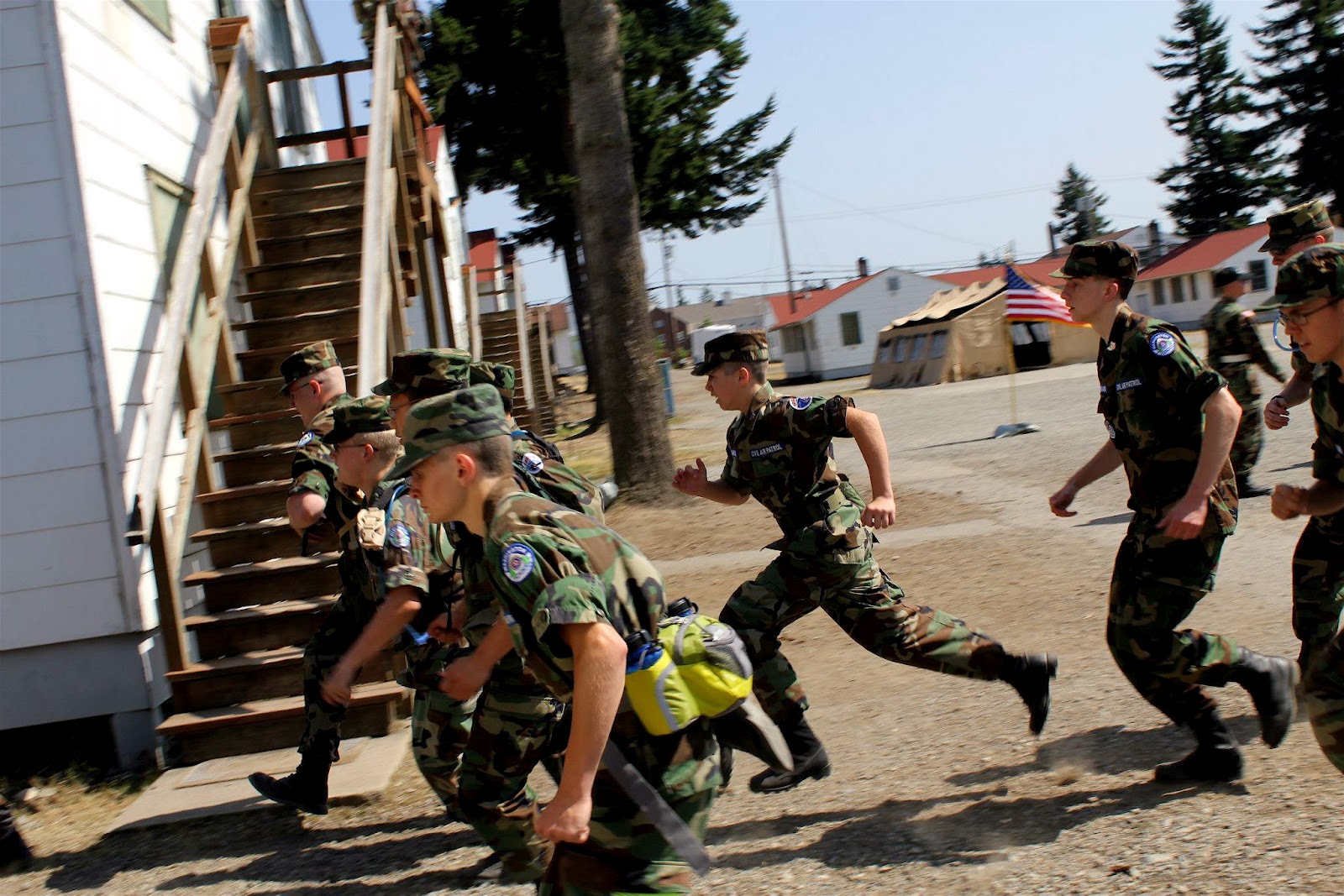 ... and they don't walk.  They march, or they RUN everywhere they go.

Tate left this morning to go work as staff - or "Cadre", as they call it.  He'll be on the Logistics team.  Not sure exactly what he'll be doing, but lots of behind-the-scenes stuff.

And Gunnar leaves on Saturday to participate as a cadet.  Prayers much appreciated!  It's a really tough week - physically and emotionally.  The cadets are constantly on the move and it is HOT.  And they are under constant pressure to improve everything they do - from marching to bed-making.  It's all very demanding.

Fortunately for Gunnar, there's a large group going from our squadron.  At encampment, they divide the cadets up into six Flights and deliberately separate family members and kids from the same group.  Well, with fourteen cadets from our squadron, Gunnar will definitely know at least one or two of the other cadets in his group - hope that will be an encouragement to him.

Wyatt is staying home and looking for a job.  Not a summer/seasonal job, but one he can keep through the school year.

Is your head spinning yet?  Mine is.  We'll pick up the boys - attend the Pass-In-Review graduation ceremony - on Saturday the 16th.  Then we get a little breathing space before school starts.

WHEW!
Posted by Herding Grasshoppers at 11:27 AM

Then you will drive out to Montana to see us... Right??? Hahaha! A girl can dream right??

Oh my goodness! I don't think I am so busy any more! Thanks for helping me out there! :)
Wow, those are some big fish. I don't think I would every get in that water again! yikes!

Hope things begin to slow down for you soon. I am looking forward to fall and the time change! We always slow down a lot then.

Wow what a BUSY life you have!

You are doing a GREAT job, Mama!