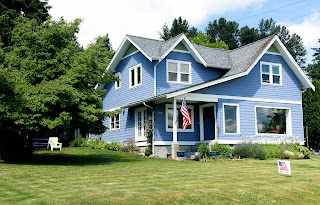 Outside my window...  it's hot.  I was out on errands with Tate at nine this morning and it was already 81F.  Hot.  And humid.  Because we had lightning last night, with a little tiny bit of rain.

Hearing...  the birds.  With the long hours of daylight, they start singing at about 4:15am.
Ask me how I know.

Pondering...  I make plenty of mistakes, but I've done some things right.
Took Tate shopping today because he starts his new job this week.
He needs solid-color brown or black shoes, and some nice khaki shorts (not the cargo shorts he normally wears.)
He's so easy to please!  Found three pairs of nice shorts at Value Village, and everything was half-price.
Twelve bucks.
Then had to kill time at Walmart until Big Five opened and he found a pair of brown shoes there that he liked on clearance.  They only had one pair.  His size.
Nine bucks.
Ran over to Big Five because they had (sport) shorts on sale, and he also found a pair of shoes he'll use for school, about twenty bucks.
I don't make him choose the cheapest things we find.
He just doesn't crave the fancy stuff or the name brands.
Frankly, the nine dollar Walmart shoes may not last long, especially when the weather starts getting wet again, but we'll see.

Praying...  for Wyatt to get that UPS job!

Thankful...  we can go cool off in the lake when it gets hot!

Creating...  clearing up the clutter so I can start sewing!

Reading...  Voddie Baucham's Joseph and the Gospel of Many Colors.

In the kitchen...  I think we'd better BBQ tonight, because I won't want to cook inside!

Around the house...  just waiting for the new windows to come and then it's going to be chaos.
The boys and I moved some things from the living room to the dining room, and pushed most of the living room stuff away from the wall with the broken window, but we'll probably need even more room to work.  Hmmmmm...

The Mother Load...  all the clutter in this room!  ARRRRGH!
* Find Tate's actual Social Security Card (not just a photocopy) for his orientation
* Do some laundry
* Pack a little box to send SE Asia :D
* Go with Wyatt to meet with an advisor at the CC
* Marinate some chicken to grill tonight
* Have Gunnar take his jump-through-the-hoop annual test
* Try not to melt, because... 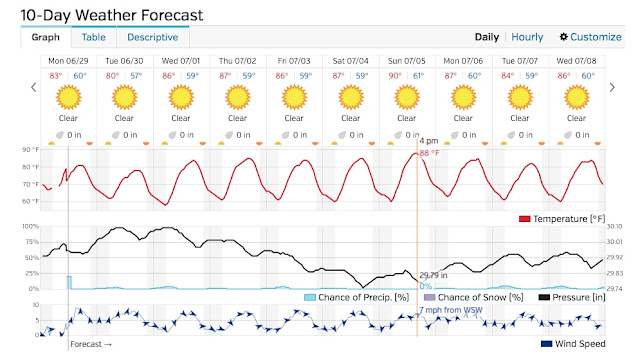 Noticing that...  it's good to have all three boys home :D

Something fun to share...  my cousin is going to be a grandpa next month.
Yesterday my mom, my aunt, another cousin's wife and I went to the baby shower.

We just missed getting stuck on the freeway for HOURS behind an overturned semi.  Actually I guess it went right off the road, through a guard rail and down a bank sometime in the night, but they had to block the whole freeway to get two wreckers in place to drag that thing back up onto the road during the daytime, and then tow it backwards along the freeway to an exit.  Eight hours later they were still cleaning up the mess, because guess what the truck was carrying? 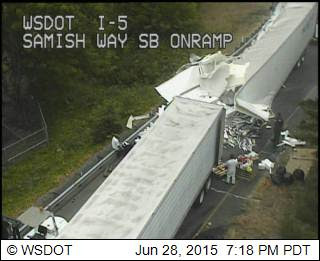 Fish.  I heard it was salmon, which would just be a tragedy.
But in nearly 90-degree heat, can you imagine the smell?
Glad I don't live in that neighborhood!

But we noticed the traffic backing up before we got on, and were able to get around it fairly easily, and made it to the baby shower with no problem.
They're having a girl, and I already had this on hand and ready to go... 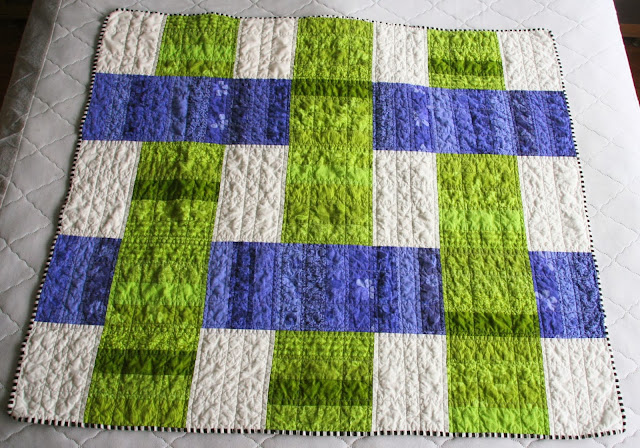 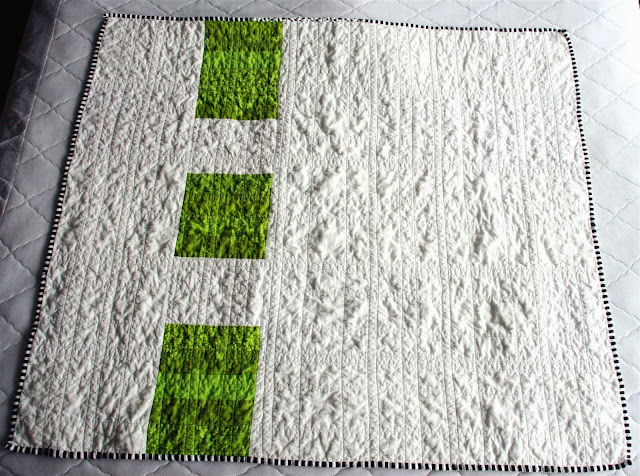 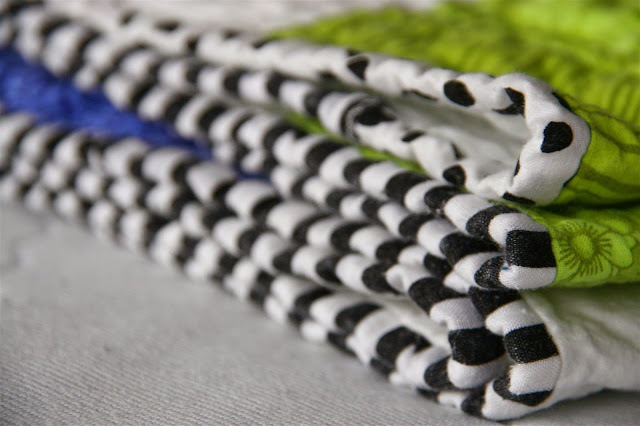 It's nearly identical to one that Rebecca bought for her little grand-baby!  (Who's not such a baby anymore!)  So we've got one on each coast :D

One of my favorite things...  I know I shouldn't, at least not very often, but I do love an icy cold vanilla coke.

A few plans for the rest of the week...  Gunnar's last violin lesson (of the school year) tomorrow, and I must remember to GO!  Because it's hard to keep track of the days, especially since I missed church yesterday to go to the baby shower. 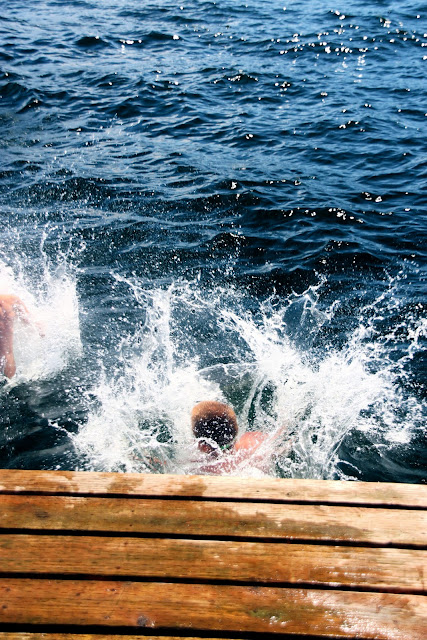 Posted by Herding Grasshoppers at 12:07 PM

I love to find bargins! My kids generally are very frugal. They work hard for their money so they want it to go far! :) Hmmm, somehow I don't remember them being so frugal when it was MY money ;) LOL!
The colors in that quilt are so pretty! I can't wait to retire so I can spread my time out over the hobbies that I have...reading, knitting, sewing (ok, so I haven't sewn in years but would love to!). Too many great things to do and so little time.
Can't wait to see your new windows! Hope it gets wrapped up soon for you.

We're huge thrift store fans! I rarely buy anything new for the kids anymore. I don't need to, when we have a multitude of thrift stores to go to. The only problem is when it is something specific that they are looking for then it can get frustrating. You are having our weather. Cool, dark, and trying to rain here today. Beautiful quilt!!

Great choice on the vanilla coke! And when you get things cleaned up and organized at your house, you can help me at my house :-)