Haying, Hoyas and Other Surprises

Thanks for your concern - many of you have asked - the fire behind my folks' is out, and we're enjoying some cooler weather.  And much to my (pleasant) surprise, my hoya is blooming! 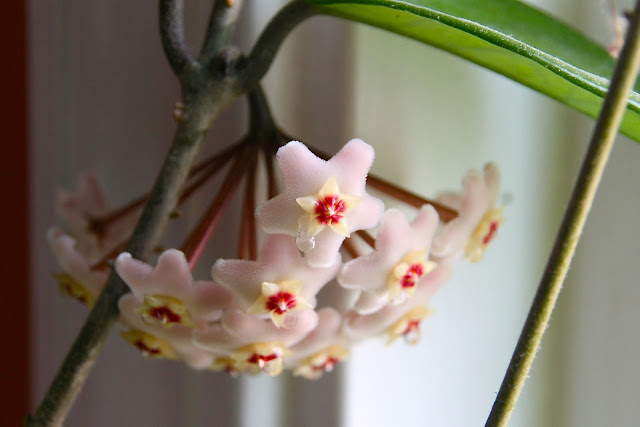 Gunnar noticed it first, and asked me what those waxy little things were... 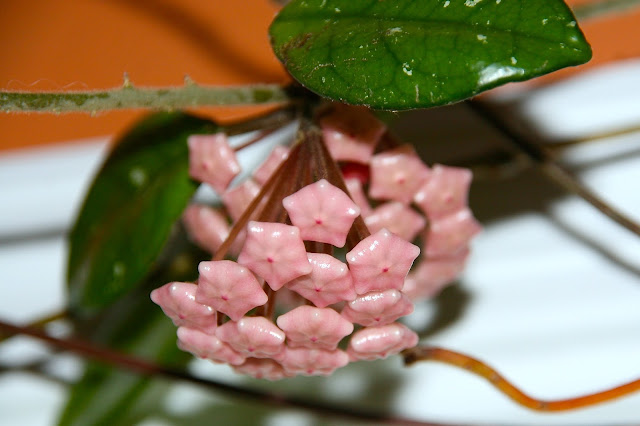 When I was little, both sets of grandparents lived within two blocks of us, and we spent a lot of time at their houses.  Especially my dad's folks.  My grandma had a hoya that wound around part of her living room, and it always intrigued me.  What kind of a plant has waxy flowers that bloom fuzzy?

Eventually my grandparents downsized and many of her houseplants disappeared.  I didn't think of it until years later, long after my grandma had died, and commented about it to my aunt.  Found out my cousin had been tending it at his house.  I asked her if she thought I could grow one from a cutting, and would she ask him for one.

Apparently he was tired of it, because the whole thing showed up on my back porch!  It was a long, tangled mess that I tried to sort out.  We had a cozy little breakfast nook in our first house, and soon it was growing like crazy.  I strung little twinkly lights through it, and wound it all around that little nook.  But then we moved...

There was no way to untangle the thing, support it so the vines wouldn't break, and put it where?  We were living temporarily with my parents while we remodeled the kitchen at our "new" house.  I took a few cuttings, stuck them in water, and pruned the thing back drastically.

That was twelve years ago.

I've probably moved it and repotted it too much.  Hoyas seem to thrive on neglect, and being root-bound.  I've started several new ones, but nothing has ever bloomed.  In twelve years.  A couple years ago I finally gave up on the thing.  Put it in the back bathroom, with a few other little plants, and only watered it sporadically. 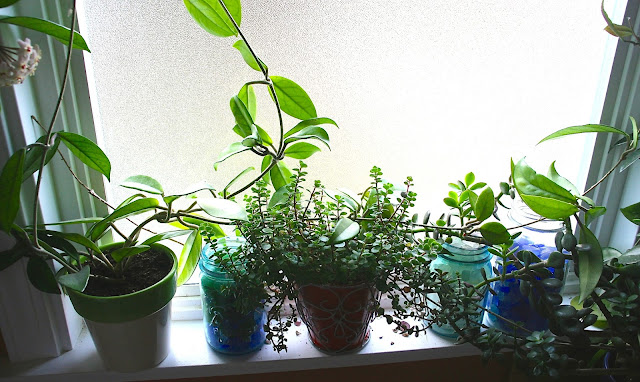 Some of it is growing out of the little (six inch?) pot on the right, but most of it is growing out of a larger pot, out of view.  Plus, see that plant in the middle?  I think it's some kind of creeping jenny.  A friend of ours, a very sweet and proper Swedish lady, gave me a start of that, which she pinched from the famous Ohme Gardens in Wenatchee!  She has a bunch of it in her back yard, and gave me a few starts one year.

And now, after years of waiting, the hoya is blooming again :D 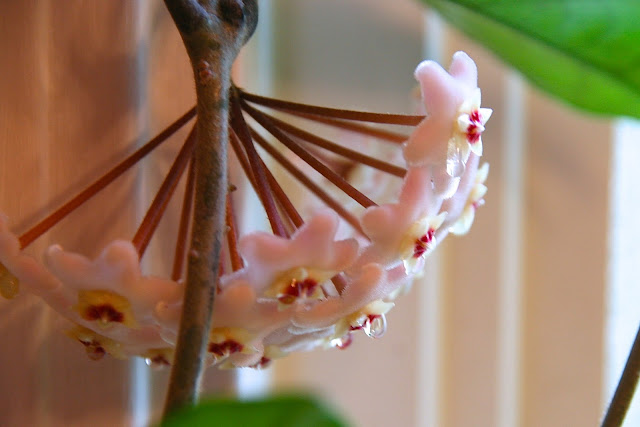 Maybe I'll have to wind some Christmas lights through it when the days start getting shorter. 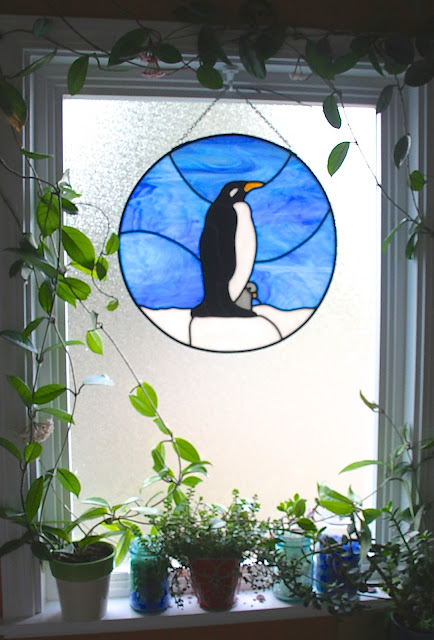 In other, even better news, my boys have jobs!  I've been giggling about it.  Wyatt and Tate have always been competitive with each other, so why should their jobs be different?  They're both working in grocery stores... competing grocery stores.  Because, of course.

And in between their regular jobs, they're picking up odd jobs here and there, like haying for some friends from church.  Dan and Emily are some of our favorite people, AND she writes and photographs beautifully.  See her blog HERE.  These are her photos, used with permission. 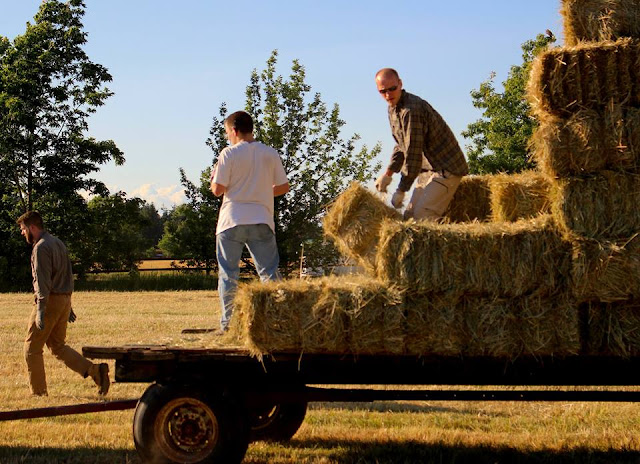 Working into the evening... 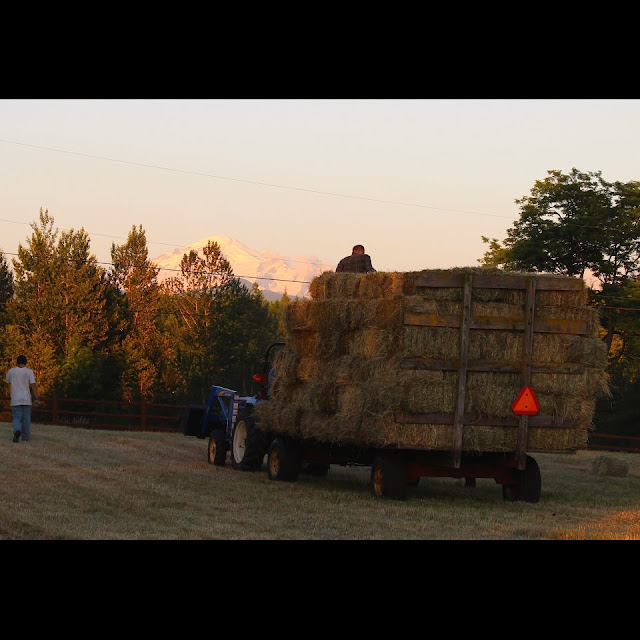 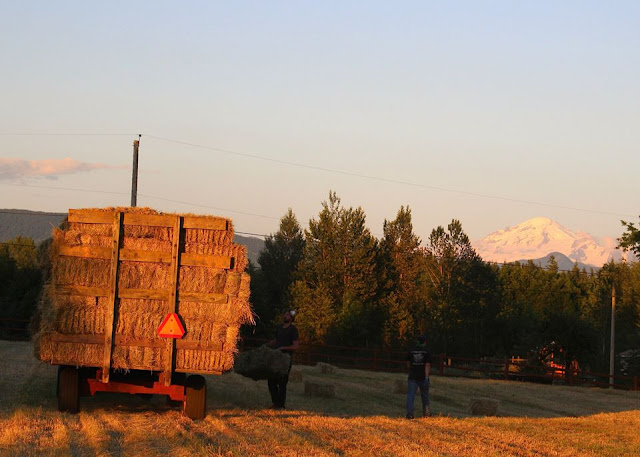 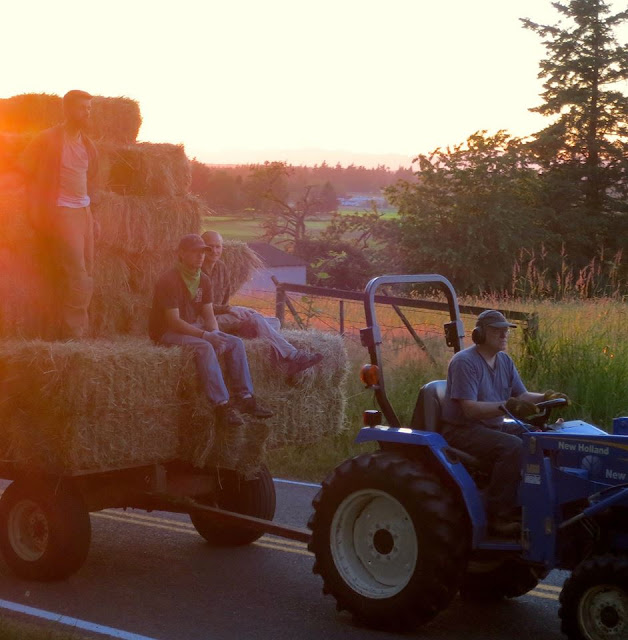 It may look idyllic, but that is a LOT of work.  Wonder what the bales weigh?
Posted by Herding Grasshoppers at 3:08 PM

Haying is surely character building -- espec when one is a stacker, not the tractor driver :D ((Son #1 had the same opportunity with our neighbor earlier this month))

The hoya looks/sounds very interesting. The 'thrive on neglect' might work well for me too. ha ha