When I was growing up, we lived right on the lake and in the summer
we were in it as much as we were out of it.
I could go weeks without needing a shower because we were just so clean all the time.
True story.

The boys have never had that easy access, so they don't think of it as automatically as I do,
but we try to get out to Grandpa and Grandma's beach as often as possible :D 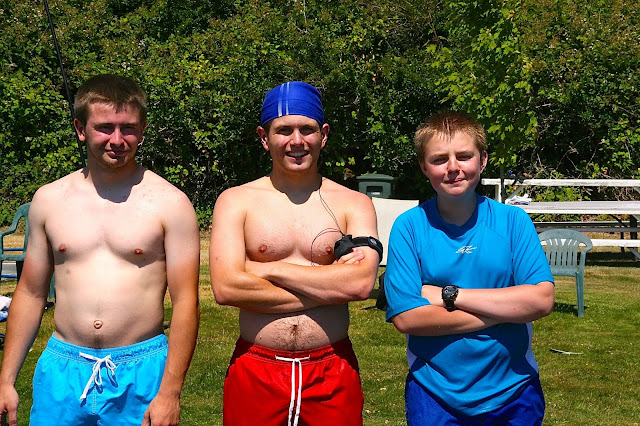 I had just bought the boys new swimsuits, and don't they look nice?
And Gunnar is sporting his new swim shirt, because he burns.
(So does Kerry.) 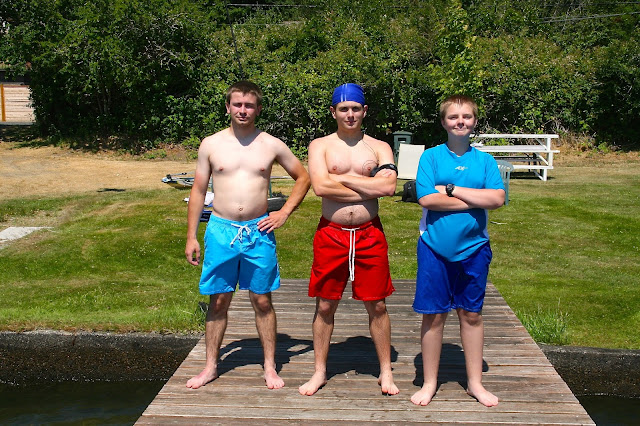 The pics are from different days... the day Naomi came to the beach, the sky was still hazy with smoke and the lake doesn't look as gorgeous and blue as usual,
but that was a fun day :D 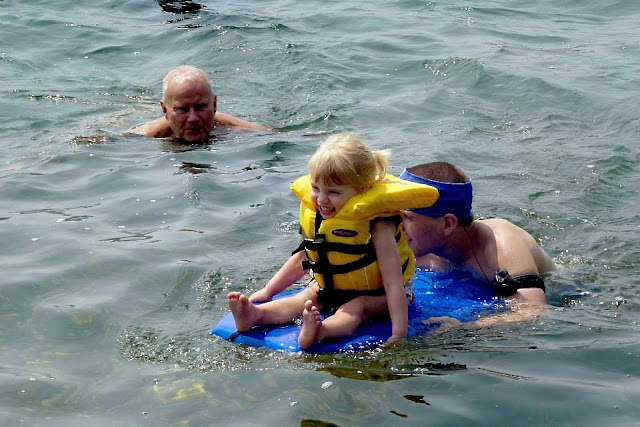 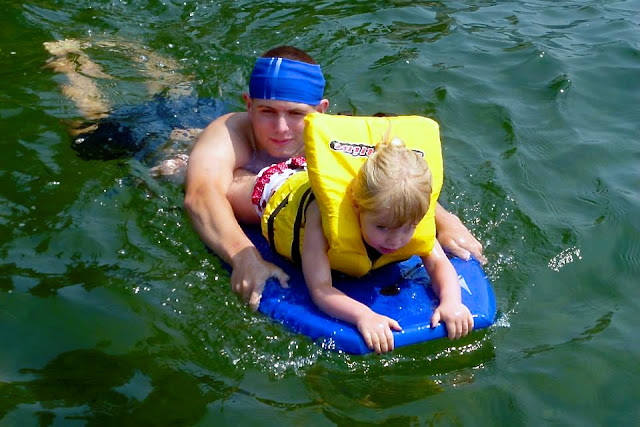 She may look spooked, in that photo, but she was having a ball.  She'd get a little cold and get out, and then pretty quickly she'd "order" the boys to take her back in :D

Of course, my fish could stay in for hours :D 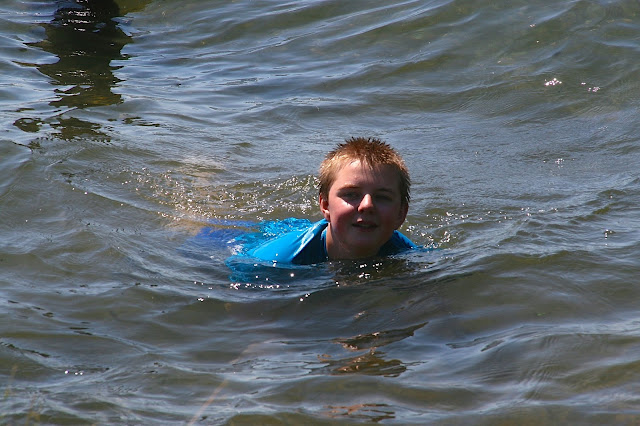 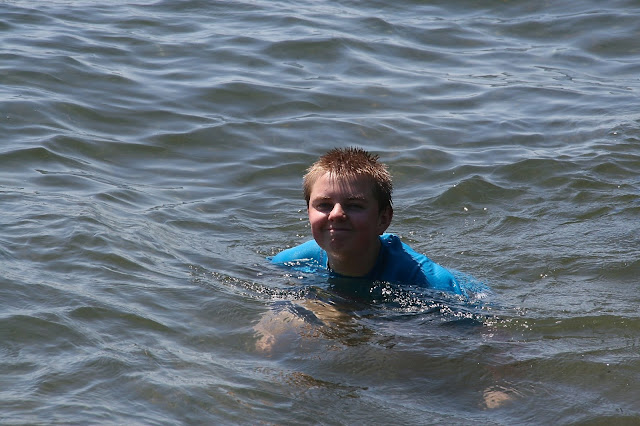 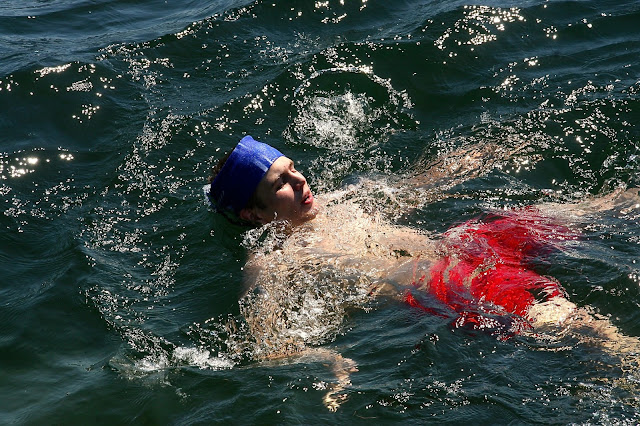 Wyatt decided to try Kerry's old wind-surfer.
He's young and strong and coordinated.
Why not? 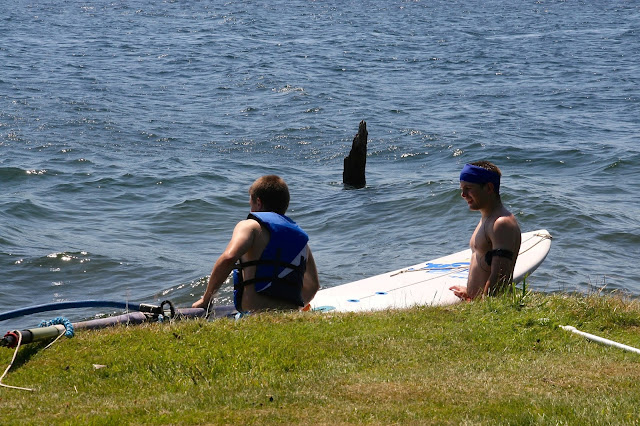 I tried to warn him that the breeze might be a little strong...
(see the white caps, out a ways?) 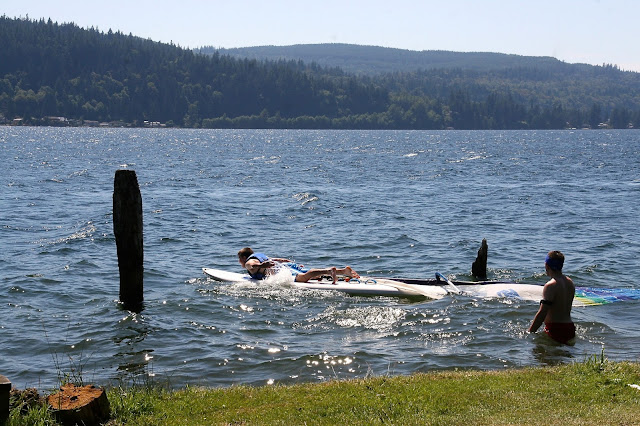 ... but Mom obviously doesn't know anything.
He pulled that heavy sail up out of the water over and over again... 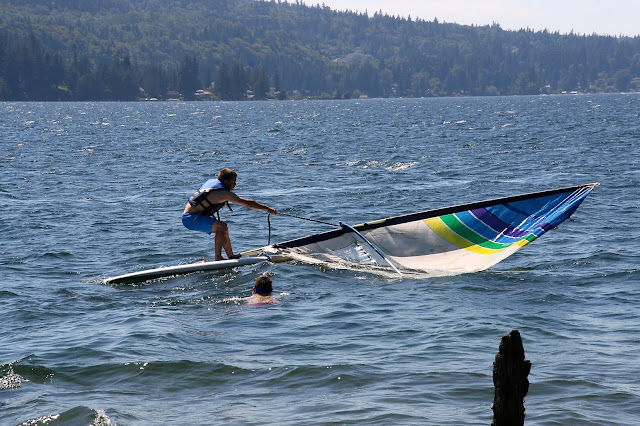 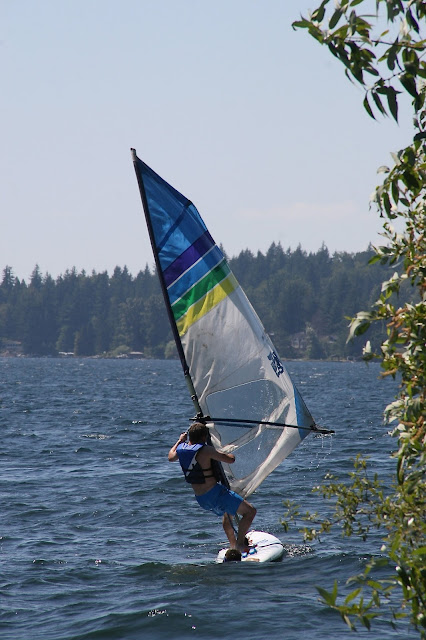 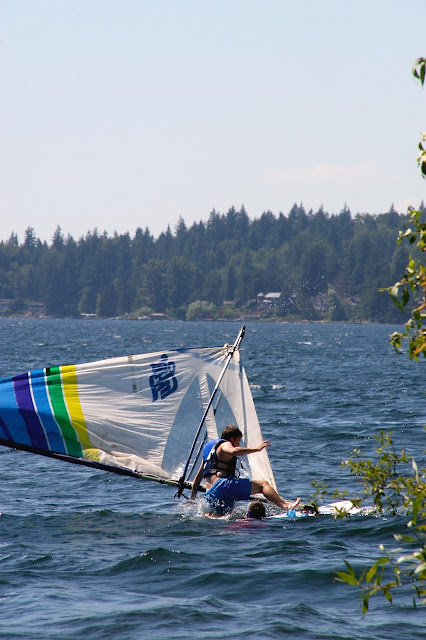 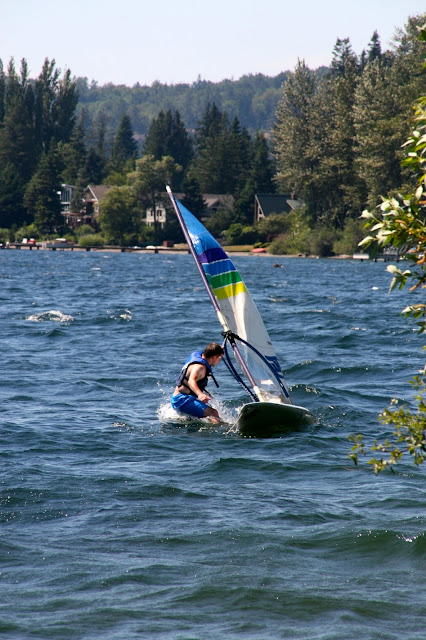 Because the whole point is to be IN the lake,
to stay cool :D 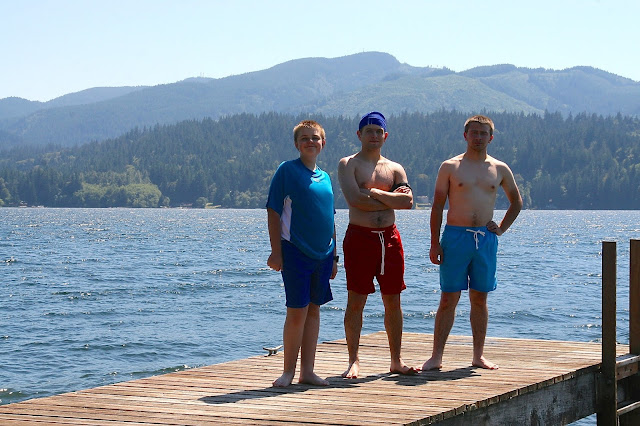 How do you cool off when the summer gets hot?
Posted by Herding Grasshoppers at 7:31 AM

We don't have a swimable lake near us. We swim in our pool and boat on the river. I don't "swim" in the river because of 1- the currents and 2 - I don't swim where I can't see the bottom... :) No I'm not a "city" girl but I've had some bad river experiences.
Looks like everyone is having a great time!

We've been going to a local pool a few times a week, even though we haven't had very many hot days. And the boys spend a lot of time in the creek - at a deep spot we call the watering hole, at the water falls (tiny) and in their "fish hatchery" where they built a little dam and hope one day to grow some trout (not gonna happen). It's a rare day that they don't come home wet and muddy.

Only one of my boys burns, but they all wear swim shirts.

Monica, we don't have current to deal with in the lake, but we sure can't see the bottom once you get out past the dock - it's like a fjord!

Sara - that's great that they have the creek. Making dams and getting muddy is boy (and girl) heaven :D

Looks like a blast! We haven't had too many hot days where we live. When we do, we tend to head to the library or play games indoors. Your lake looks beautiful and SO refreshing!!