Yes, it's Friday, hallelujah.  The end of a whirlwind of a week.  We went straight from having Naomi here for three days, into the Memorial Day holiday, to a Tuesday that felt like a Monday... except not, because we were in Seattle all day.  Then a day at home (mostly) before going back to Seattle yesterday.

I just loooove getting a nine-in-the-morning appointment (eyes roll) because TRAFFIC.  If we leave at 6am we miss most of it, (if that doesn't make sense, look here), and we really dodged a bullet this time.  Three lanes southbound had to be closed Thursday morning when an expansion joint broke, leading to this:

See all those red brake lights?  We must have got off the freeway right before it backed up to the U district.  By the time we left Children's, the southbound traffic was piled up a few more miles to the north, but we were going the other way. Ugh.  I'd much rather sit in the waiting room with tea and a good book than be stuck in that mess.  And our fabulous audie even took us back early (which we don't expect, but sure appreciate!)

She tweaked Tate's program a bit (raised the levels) and sent us on our way.  We'll be seeing her again next week.  One hundred and eighty miles, round trip, if we don't make any other stops.  Fun times.  Fortunately, today's appointment (the third one this week) was local.  Tate gets his therapy at WWU, which is awesome for lots of reasons, and not just because it saves us another weekly drive to Seattle.

Dr. Peters, (who is also fabulous), challenges Tate - always encouraging without babying.  And hearing loss and rehab isn't just her job, she's living it too.  Today's appointment was a lot of talking and catching up.  Then we got down to work.  This is how it goes:

She has Tate remove his left CI - the ear that's been implanted for two years - and try to listen just with the right ear.  She covers her face (embroidery hoop with black fabric) so Tate can't read her lips (because he's a stellar lip-reader) and reads him a list of words.  Little words I don't remember - words like "cat" or "top", with three sounds.  Tate tells her what he thinks she said.  They're all words he knows, but no context.  And he amazes me by getting at least one of the three sounds and sometimes two in every word.

She reads him a list of ten simple sentences.  The context helps and he gets 87% of the words correct.

And then he averts his eyes so he doesn't have to "listen" any more, because it is such hard work.  Crazy hard.  But he's doing great :D

He's had his processor for three days.  Three days.

Meanwhile, while I'm shlepping around to appointments and dropping boys off at jobs and trying to keep the fridge full and the laundry empty, Kerry is doing this... 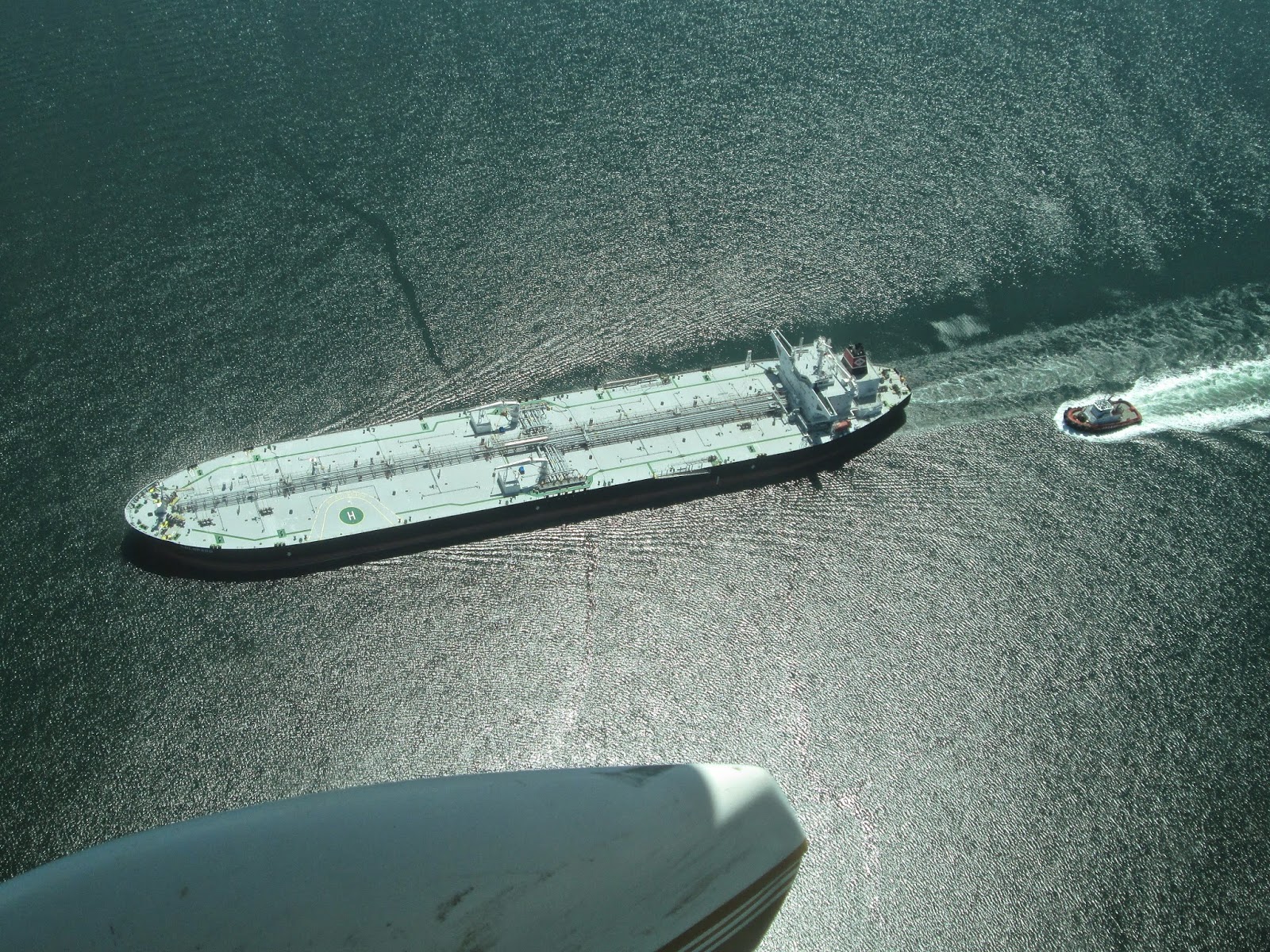 ... flying out to a little island in the San Juans with a client.  Some of the San Juan Islands have permanent residents and ferry service, but most don't.  Many are tiny, and some - like this one - can only be reached by private boat or private plane. 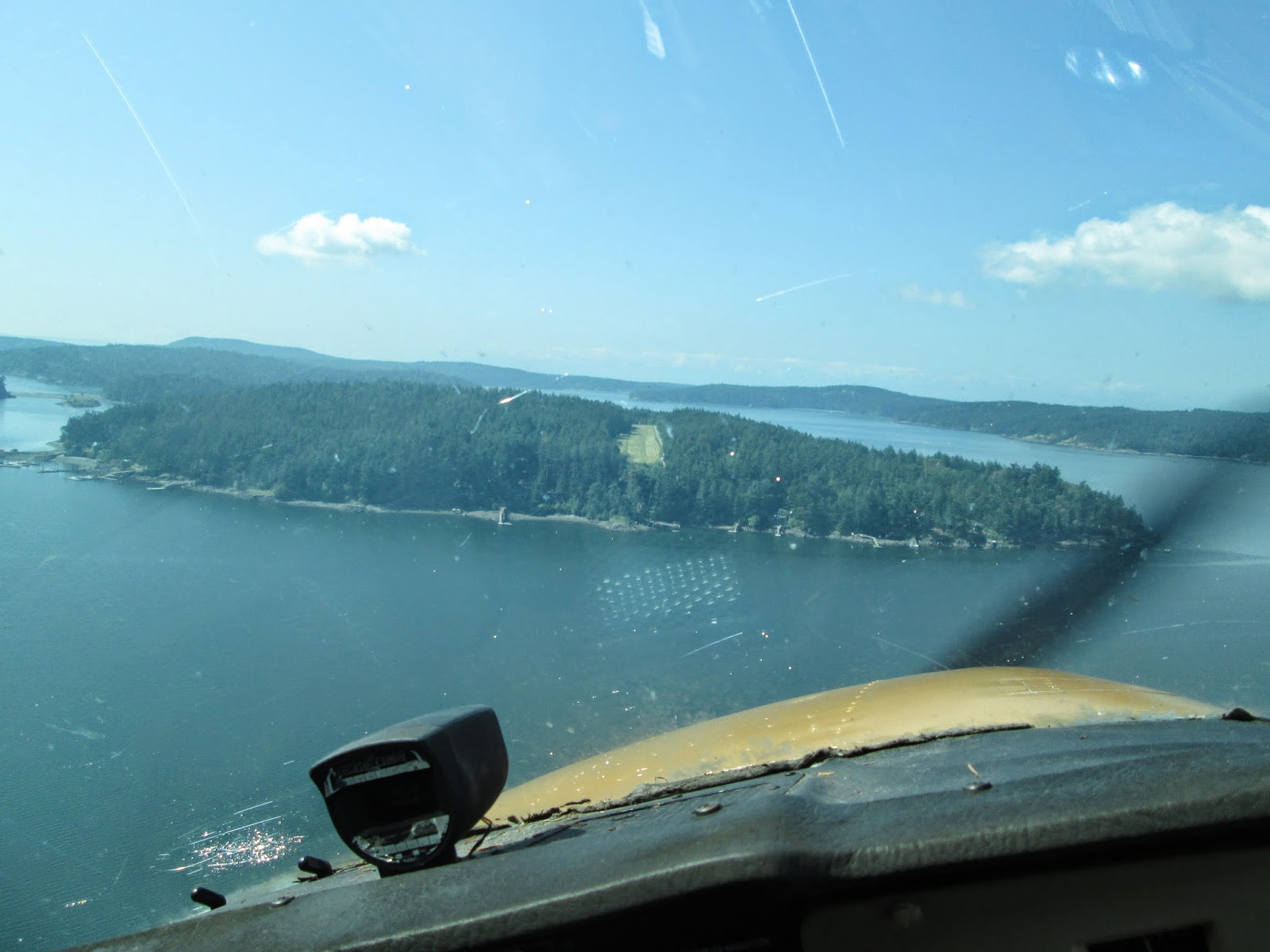 He got to check in with another one of his projects, already under construction. 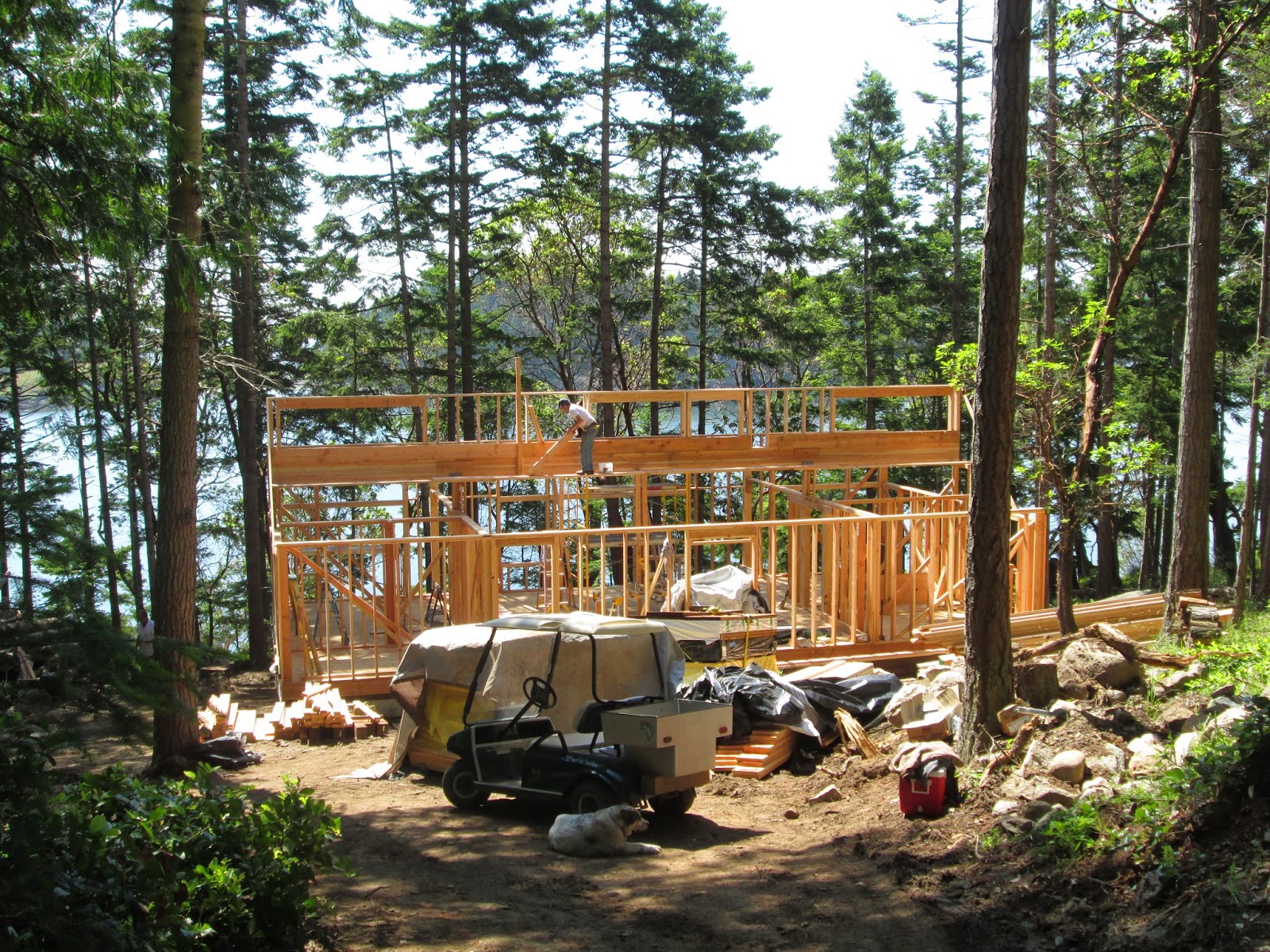 The last time he was there it was an hour's drive to a marina, and then an hour by power boat.  But by plane?  Fifteen minutes.  And what a gorgeous day to fly.

And a perfect day to be doing this.  Four loads of this. 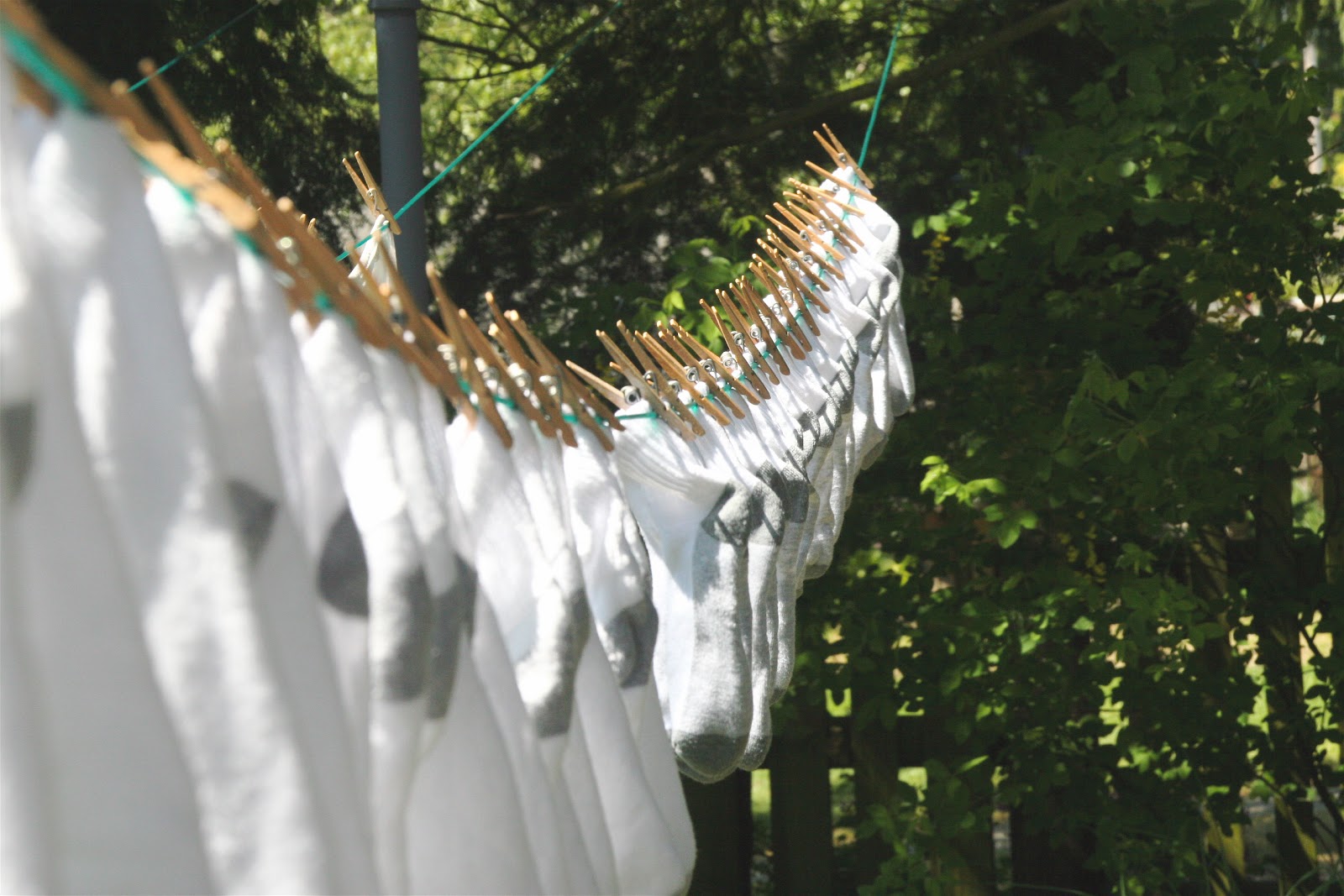 And I should be checking in on the garden, because WEEDS.  That can be tomorrow's chore.

How's your Friday?
Posted by Herding Grasshoppers at 4:27 PM

I seriously get teary eyed when I hear how well he's doing with he CI.

This is a jam packed post but what I really want to know is how you get your socks so clean.

Well it was the last day at my J.O.B! That makes me happy (something I will be talking about soon as part of my simple living)! My german shepherd puppy takes a lot of my time. That is what I did after work...spent time with her. Looking forward to trying to do some gardening today. May be too muddy to plant anything but I can pull weeds! Sounds like Tate is progressing very well! Continue to pray for him! Have a great weekend!

Eeeee! "What a mess!" is right. I'd much rather hang out with your beautiful clothesline than mess with Seattle traffic! :-) But Tate's progress is amazing! And then there's Kerry's work zone... What a pleasant perk!

I am glad for all of you that Tate is doing so well! Such an answer to prayer!
Jealous of the flight! Flying Kenmore Air was a highlight of our trip! So fun and such a beautiful flight!!