In Which It Is A Rather Blustery Day

That was yesterday.  Never seen a windstorm like that in summer.  Apparently it was gusting up to 58.  And yes, our power was out.  Fortunately for us (gas stove, water still works, warm weather, and lots of food in the house) the biggest inconvenience was missing the Seahawks game.  Tate and Wyatt both had to work, and at the grocery stores it was CRAZY.  It's a windstorm, not the apocalypse, but panicking is the easiest thing to do.  To be fair, there are trees down all over and some people still don't have power (we were out about 14 hours).  Thankfully we still have relatively long hours of daylight and the weather is warm.

It's been an unusual week all around.

The boys were working at the Lynden Fly-In last weekend.  It's at a little tiny airport in the middle of a residential area, and they were having a great time.  And then a plane coming in for a landing hit a car.  Yes.

Nobody was hurt and the plane was able to land safely, but WOW.  The car didn't come out too well (roof and front windshield damaged.)  That's one for the record.  Sorry, I couldn't find any pictures.

I know part of the reason I've felt so discombobulated is the whole dental trip.  We're going.  Booked the flights, hotels, rental car and everything.  It's the right thing to do; I'm just not used to spending money like that.  It's not easy to do!  Well, maybe it's too easy to do, but hard to live with!  And WHAT IF, you know?  Kerry is self-employed.  What if he finishes the projects he's working on, and no new ones come in?  What if he runs out of work?  What if another tooth breaks?  What if we run out of money?  That's the big one.  What if, what if, what if. There is no grace in what if.  God's grace is given when we need it, not in the things we imagine.  Or, as a character in a book I recently read says, "Stop making reservations for the worst-case scenario."

Anyway, I'm telling myself we made the right decision and it will all work out for the best.  And then.  And then!  The phone rang and we sold the Buick :D  The Buick we bought last fall, from Kerry's friend Ralph (he kept his vanity plates - the Sea Fox).  We'd thought about saving it for Tate to drive, but I wasn't crazy about keeping it tarped in the yard through another winter, plus it's a BOAT.  Gas mileage?  Arrgh. 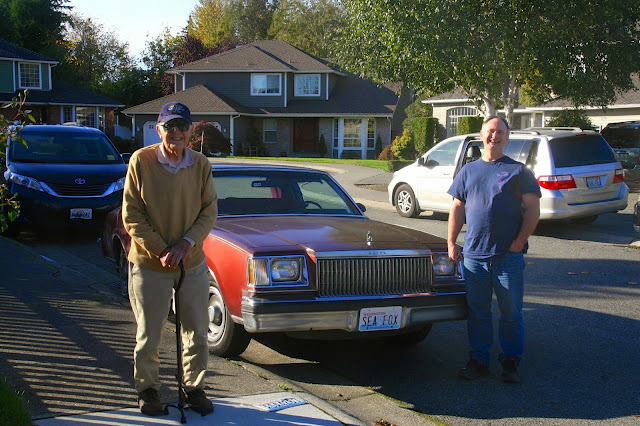 Listed it on craigslist.  Had a few calls, but was wondering if we'd priced it too high.  I was just about to lower the price and put it on auto-trader and bam.  Along came a buyer :D 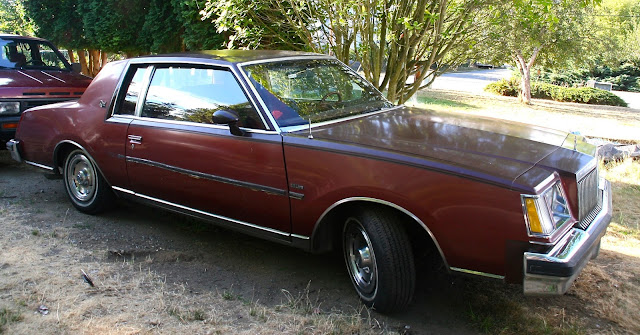 And that will pay for a good half of our dental adventure!  Hallelujah :D

Which I need :D

Starting school tomorrow!  You?
Posted by Herding Grasshoppers at 2:53 PM

Yay for grace! And I, too, tend to fall into that "what if?" category, friend. God always gives us just what we need, just when we need it. Preach this back to me, please!!!

Isn't God good to give us that sort of confirmation when we need/want it so badly?! So glad the car sold - for all those good reasons! :D

Yay for God's abundant provision! I love it! I do this same thing, and He always comes through. But, I'd rather live confident in what I can see than in the One who owns it all. Strange, isn't it? Praying for perfect provision for every penny!