You put WHAT on your tree?

Our Christmas tree is eclectic.  We like it that way.
No two ornaments are alike, and most of them represent something... a memory, a friend, a symbol of Christmas.  A Mickey ornament from our family trip to Disneyland, a Japanese ball given by my Japanese "sister", stars, angels, and a Bethlehem scene.
But there's one ornament that really is unlike all the others.
Can you spot it?
Look... 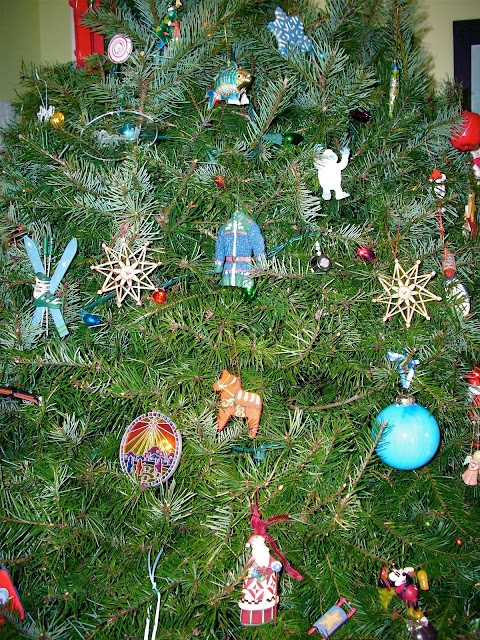 And even if you can pick it out, do you have any idea what it is?
Look closer... 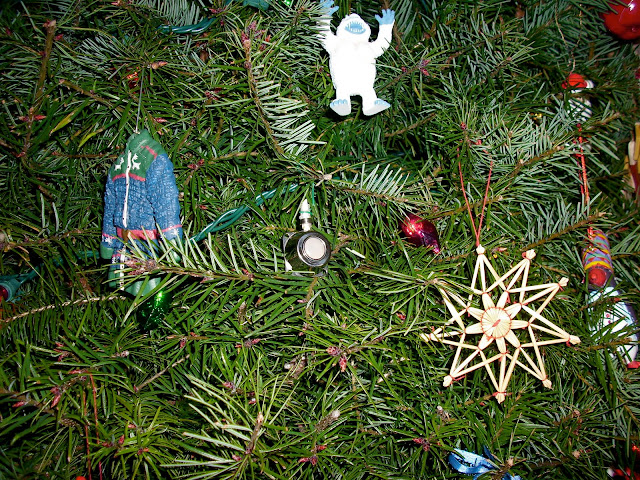 It would probably help if you have some kind of medical background.
You're looking at Kerry's Port-a-Cath.
When we met, Kerry was going through chemo and radiation, to treat Hodgkin's Lymphoma, and the port was a "convenient" way to receive therapy without puncturing his veins, repeatedly.

He was really, really sick.
After we married, and he'd been well for a few years, his oncologist suggested removing the port.
Though the surgery was minor, the message was major.
You don't need this anymore.
In celebration, Kerry twisted an ornament hanger around the top of the port and every year we give it a prominent place on our tree.
And we give thanks.
Posted by Herding Grasshoppers at 12:37 PM

Oh how meaningful! I'd hang it in a prominent place too! Many blessings to you and yours!

That is the best ornament on the tree for sure!!

Oh Julie. That made me cry. What a great way to celebrate God's goodness.

I knew I felt connected to you! I also had Hodgkins (when I was 17) long story - but God is good and blessed my husband and me with 3 wonderful children - 2of them are twins - pretty wonderful for a girl who at 17 was told she couldn't have children! Blessings and Happy New Year from Texas