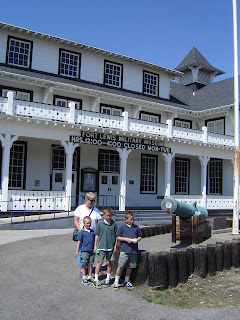 On the way home from Oregon we stopped at the Ft. Lewis Military Museum. Every time we have driven by in the past, the boys were fascinated by all the tanks sitting around, so we figured it would be time well spent to stop. And it was... and FREE, too! 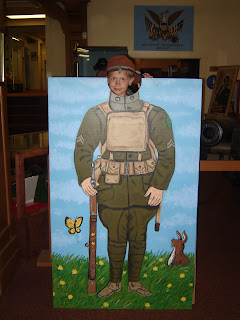 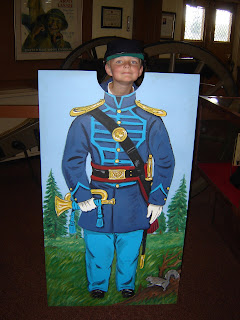 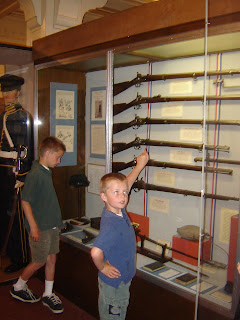 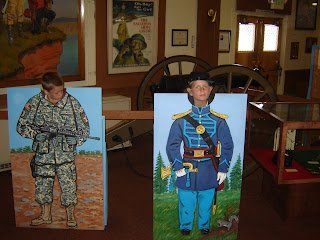 This looks unfortunately like Wyatt is about to shoot Tate... ahhh, brotherly love! 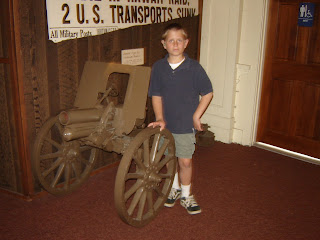 Tate was NOT unhappy here... I think just looking serious, as he was processing the volume of stuff to look at and touch. Of all the boys, Tate is the most intrigued by all things military, but especially ARTILLERY. And - due to his Hearing Loss - he's the only one that has NO chance of actually getting IN the military... but, also won't have to ever worry about being drafted! 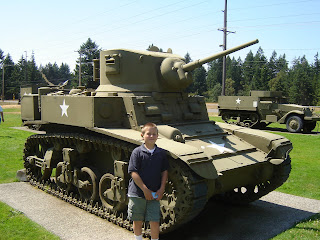 Sadly, though, they would not let the boys climb on or get into any of the tanks. Still, this was really the highlight for Tate, especially. They had all kinds of tanks and other vehicles, as well as missiles and launchers on display - even a Huey helicopter inside a courtyard of the museum. 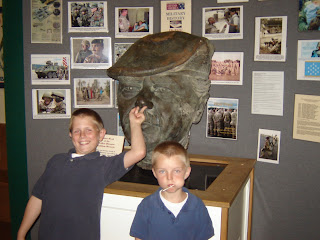 But this is Kerry's favorite picture. Apparently one of the units from Ft. Lewis got a chance to destroy a statue of Sadaam Hussein, while deployed in Iraq. They brought back the head and put it on display. So Kerry says,

"I know lots of you are proud of YOUR kids, but how many of you have a picture of YOUR kid picking Saddam Hussein's nose?"
Posted by Herding Grasshoppers at 10:19 AM